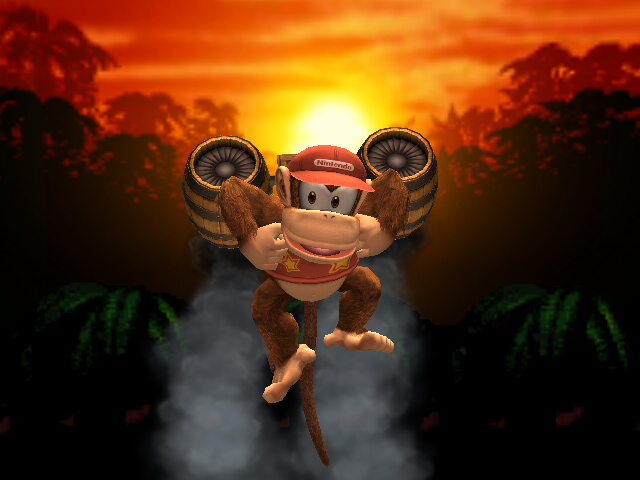 He's back again and about time too... and this time, he's in the mood! Diddy Kong cartwheels into Project M with more Donkey Kong Country flavor! He's ready to prank the cast with speedier physics, combo-friendly normals, refined banana mechanics, and even more attitude! Players will quickly realize that while our favorite monkey's moveset appears intact in the transition from Brawl at first glance, the tweaks he's received all add up to create a true tiny terror suited for a Project M environment! 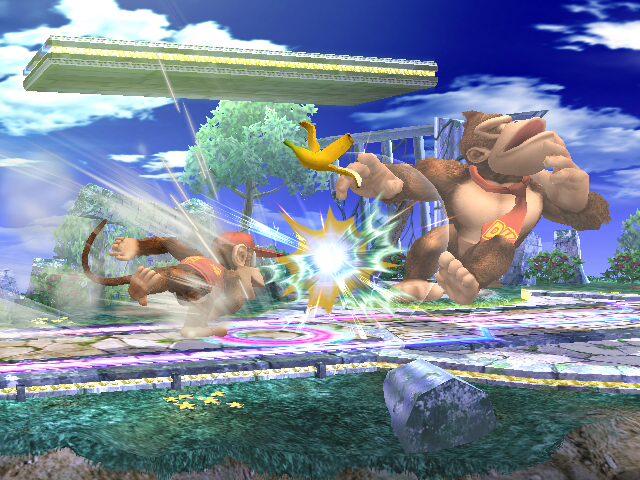 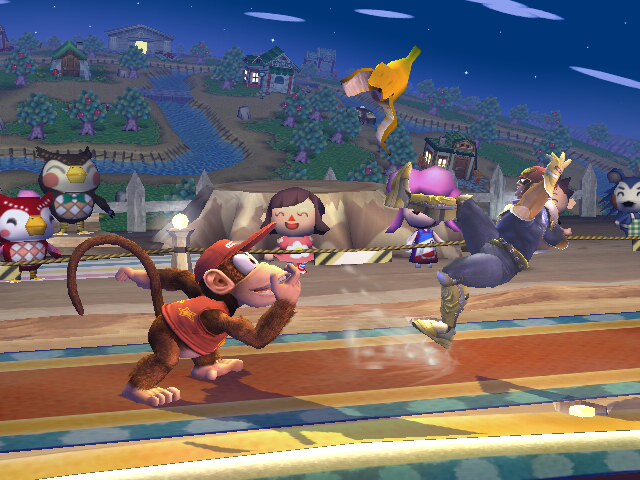 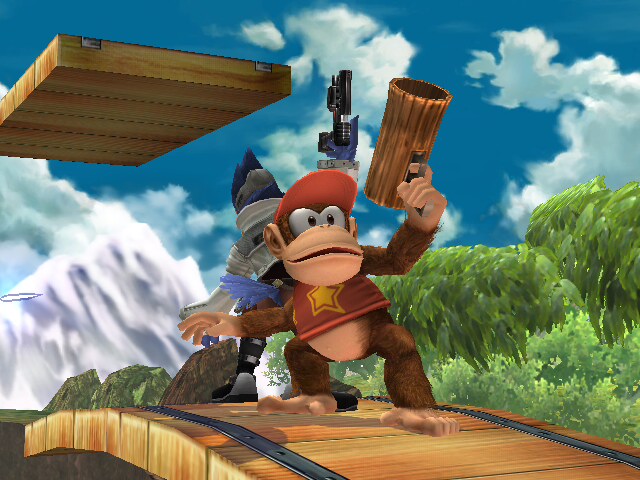 Bananas were always an iconic part of the character in his games as well as in Smash. In Brawl, much of Diddy's gameplay revolved around banana play and the ability to incapacitate opponents by forcing trips on-hit. In Project M, thrown bananas still trip on hit, but now opponents can react to these hits by inputting a tech at the right time to hopefully avoid Diddy's followups...be wary of bananas already laying around, as well; carelessly running or being knocked onto them will still cause your character to slip! Avid Diddy Kong players will want to strive to learn how to properly incorporate both grounded and aerial glide-tosses to take full advantage of bananas!

Diddy's other delicious projectile, the peanut, shoots out of his new, improved Popgun. He's re-calibrated his wooden technology in Project M to have the peanuts shoot at a lower angle and with slightly faster velocity gains from charging. Peanuts now also deal considerable knockback with higher charge levels. Use a combination of peanuts and bananas for great stage control and for some real food fighting! 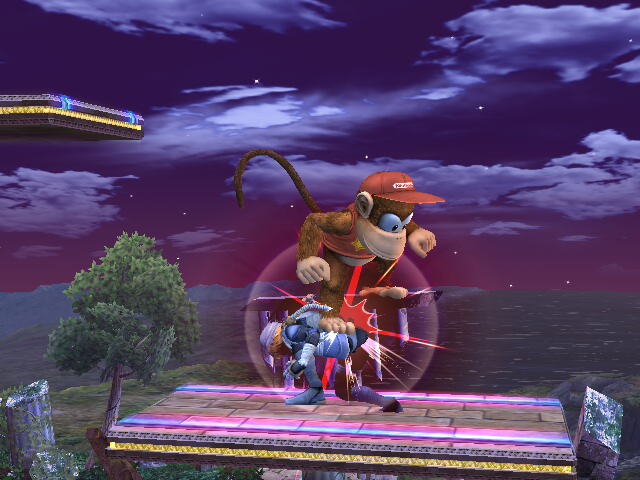 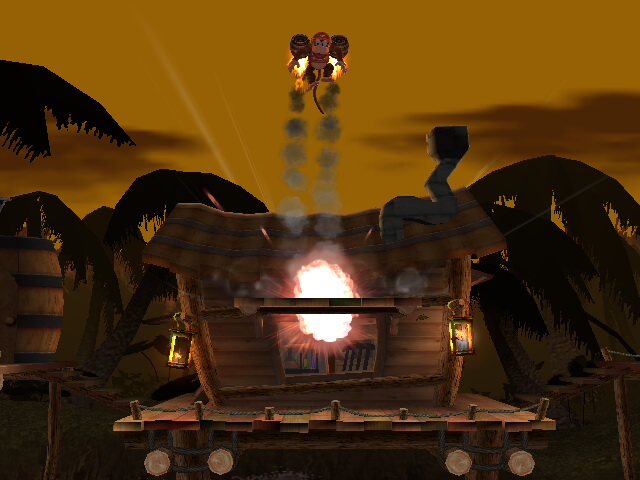 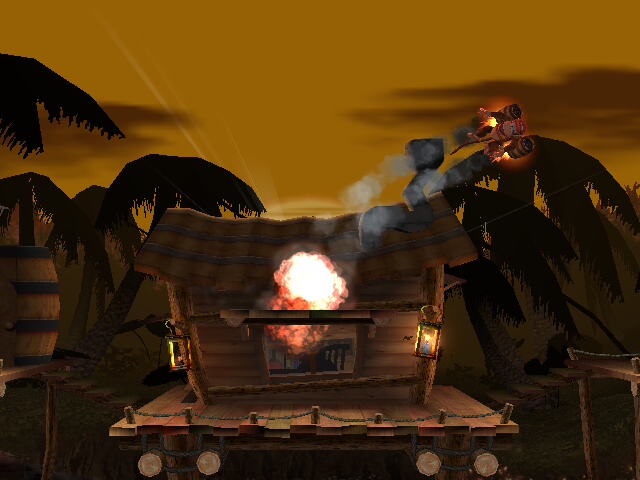 Diddy Kong's other specials have also received some serious love. The tilt and Smash versions of Monkey Flip have had their distances increased and have the Kong traveling in straighter arcs. Once he's nailed the grab, his “Attack” (A or B button by default) throw can send the opponent upward allowing Diddy to follow through with a combo and his “Jump” (X, Y or Control Stick Up by default) throw has Diddy jumping off the unfortunate soul's head, hurling 'em downward to their doom!


Of course, we can't have Diddy Kong without his trademark jetpack! Similarly to the Popgun, his Rocketbarrel has seen upgrades to keep in line with Project M's faster pace. While charging, thrusters substantially reduce Diddy's falling speed. He's also able to turn significantly more quickly to gain the desired launch angle much more quickly. New fuel allows for steeper launch arcs and slightly increased total boost distance. Last (but certainly not least) is the new sideways movement feature that allows our pilot buddy to change the angle mid-boost! He's ready to fly real high this time! 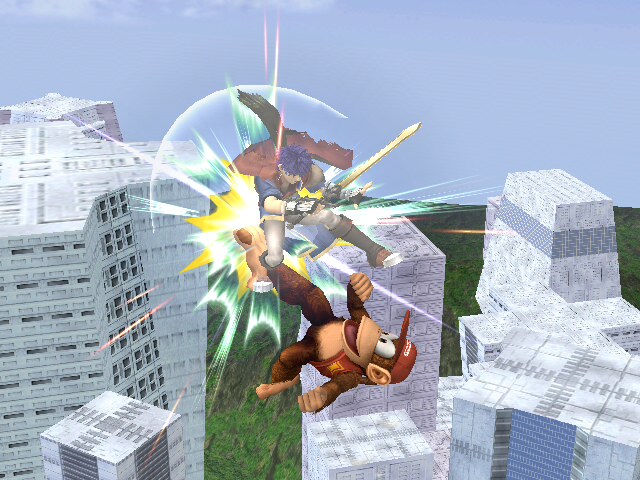 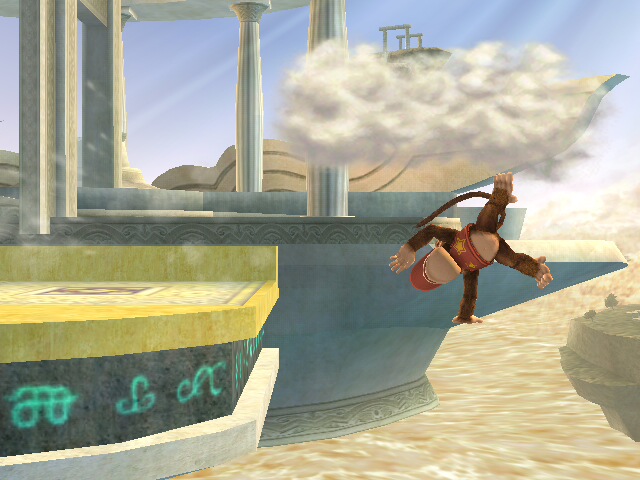 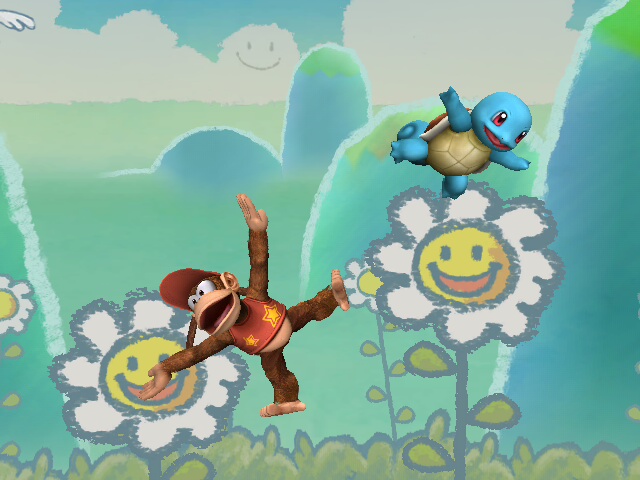 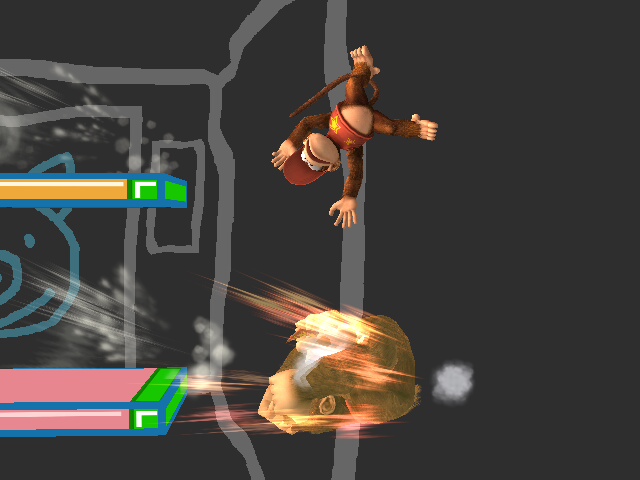 Homage to the Donkey Kong Country series was a big consideration in Diddy Kong's development for Project M. The biggest area of inspiration arrives in the form of speedier physics. With key benefits such as a long dash dance, quick fastfall, and higher aerial momentum from ground speed, Diddy's new mobility will have him swinging all over the place!


But that's not all! Fans of the SNES series will also quickly realize Diddy Kong now shares with his uncle a Dash Attack with the ability to roll off ledges and platforms. Though he doesn't enjoy the benefits of light armor during the cartwheel, upon landing with the aerial version Diddy can immediately act out of it for a quick followup! Take advantage of these qualities by incorporating it into offstage edgeguarding and platform combo tactics!