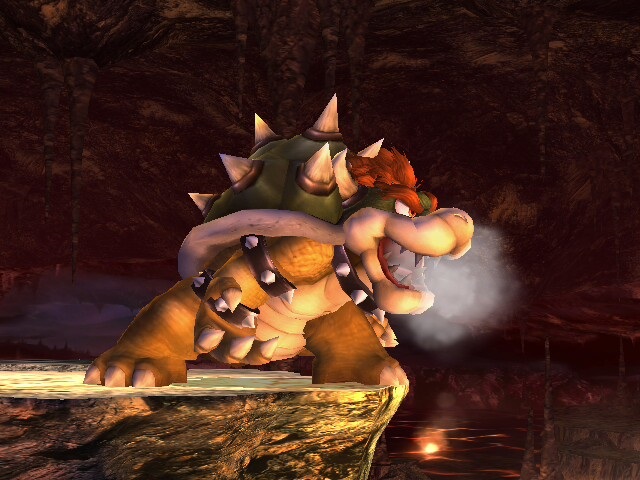 Bowser has had it rough in the Super Smash Bros. series. With his short reach, sluggish moves, and slim options, the idea of picking him in a tournament was considered a bold venture. Project M has given the Koopa king the attention he deserves by granting him gargantuan power and a new armor-based attack system. If you thought you could just rush Bowser into submission, you're in for a rude awakening.

Bowser is a very polarizing character - along with his extreme strengths, he has extreme weaknesses. Bowser's size has nearly doubled from Melee, granting him greater range. While he is very imposing, he will be an easy target for grabs, projectiles, combos, and camping. Bowser's physical attacks are also a bit sluggish; he cannot combo as swiftly as the rest of the cast. Although Bowser is not an easy character to pick up, with dedication you will be able control his wild strength. 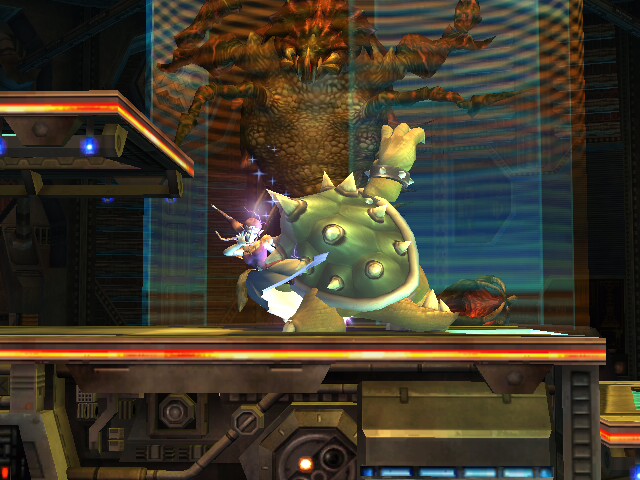 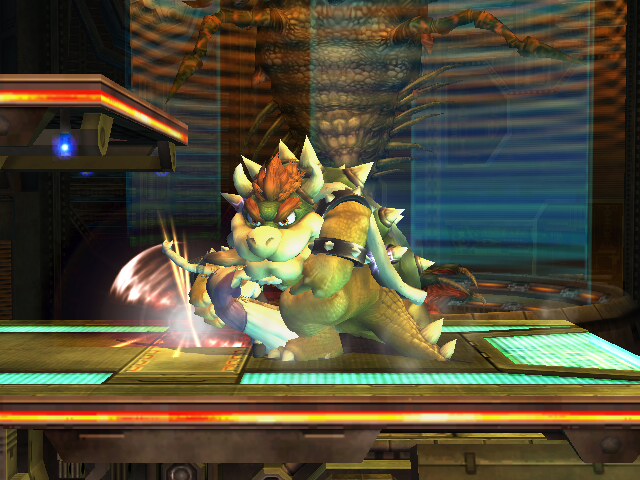 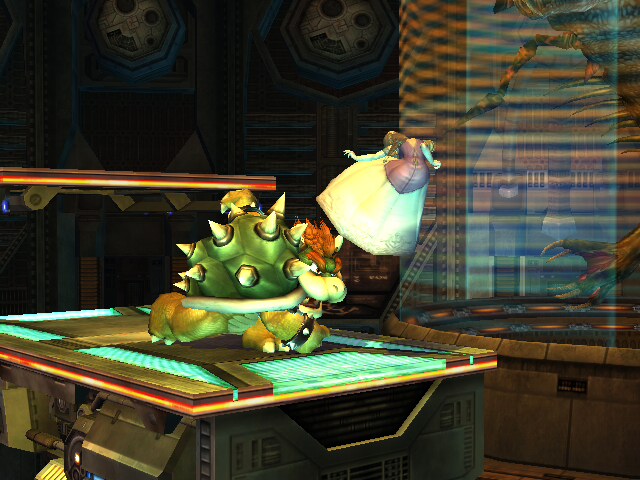 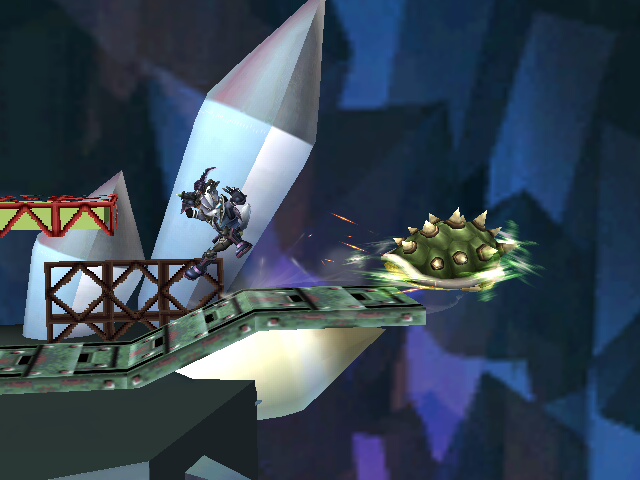 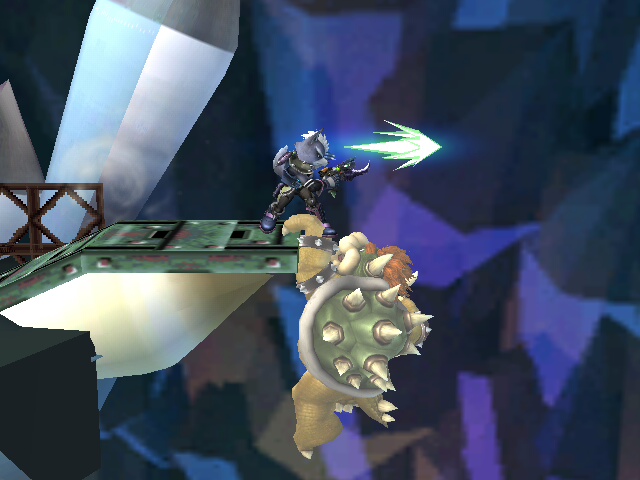 The Koopa Klaw has been added back into Project M, replacing his Flying Slam move from Brawl. After grabbing your prey, pressing forward or leaving Bowser idle will have him slam his head into his victim and set up for another attack, while pressing back will have Bowser viciously hurl his opponent in the opposite direction. Bowser's bread and butter move, Whirling Fortress returns in true Melee form. It still remains his best defensive option, providing him breathing space, projectile protection, and a reliable KO move. Most importantly, fortress hogging makes a comeback! Indeed, you may use it while grounded then slide off the ledge to grab it immediately.

The little tricks in his move-set are what gave Bowser such potent Edge-Guarding in Melee. The lingering punch on Bowser's Forward-Tilt, his Ledge-Attack's extended reach, his instant Fire Breath, and his Back-Aerial's gimp-angle have made a return. New tricks have also been introduced to further his Edge-Guarding so you should explore and experiment with Bowser's attacks: get creative. Try to discover his hidden light armor moves which will not be interrupted by weaker attacks. Shoving opponents off-stage and keeping them from returning is central to Bowser's gameplay. 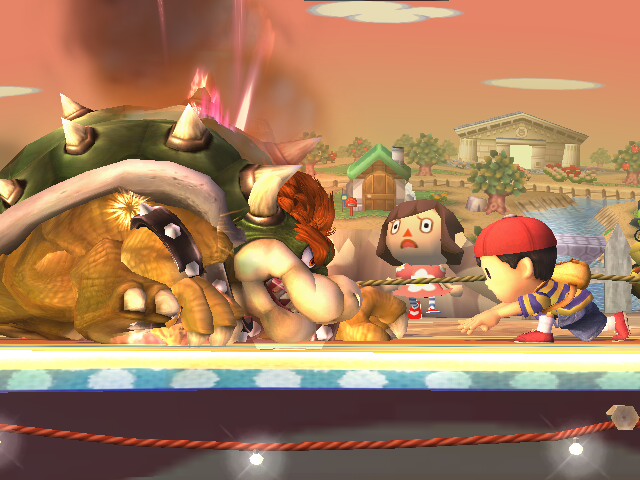 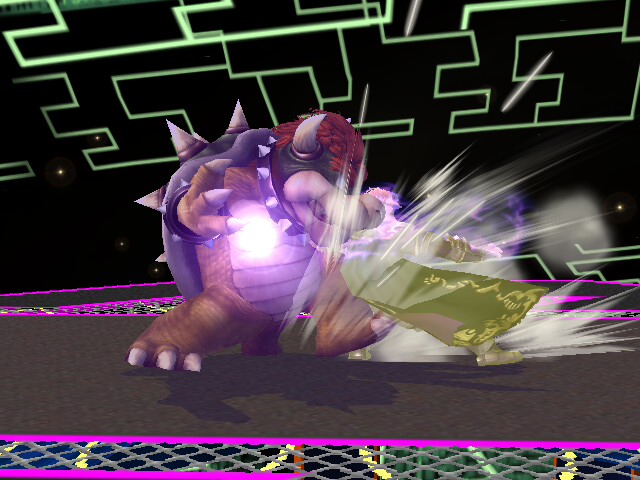 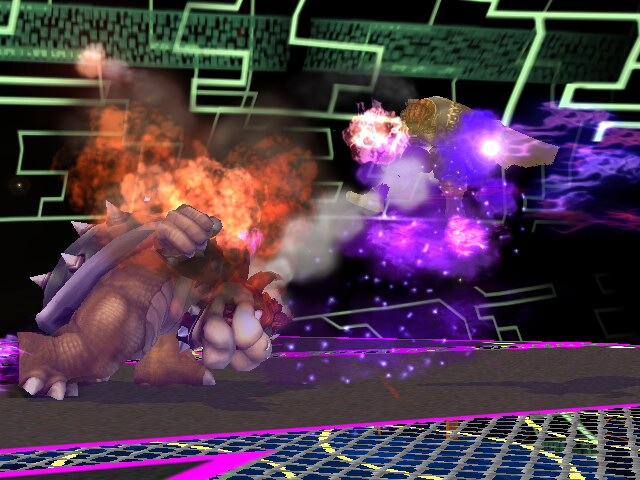 Bowser's fearsome weight allows him to survive a great deal of punishment, more so than any other character in the game, so getting hit is not as much of an issue. Whenever Bowser flashes red during his attacks, he can now bulldoze right through enemy assault. Projectile users will now have a much more difficult time camping out Bowser because instead of clumsily attempting to dodge; Bowser can simply plough through, brushing off the likes of fireballs and lasers. Shielding against Bowser is not recommended; he can now easily break a shield in 2 or 3 attacks. You should be ready to dodge or hit him first should you hope to avoid dire punishment.

Despite his calling as a tank, Bowser is by no means limited to ground in combat. The Bowser Bomb can now be cancelled into a jump before reaching the apex of his leap. This maneuver enables Bowser to jump more quickly and at a greater height than his regular jump would allow. Bowser Bomb's power has also been boosted to monstrous proportions, and can be used to break shields and crash onto unsuspecting foes. Due to Bowser's larger size and heavy armor, it takes much more space and is more difficult to avoid. Finally, Bowser's infamous Forward-Smash has been balanced in a complete opposite manner from its Brawl incarnation, and was made even stronger. The wind-up has been increased, but getting hit by this attack will have a devastating impact on even moderately damaged foes. Spacing, timing and smart use of the back-step from the wind-up will lead to rewarding results and a sense of almighty power.