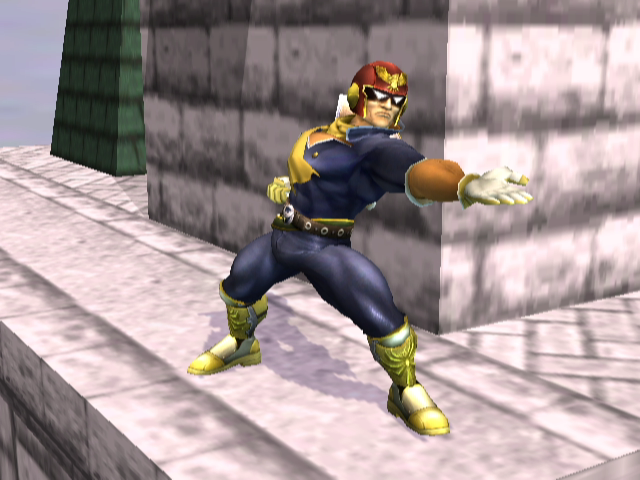 In the transition from Melee to Brawl, the good Captain lost a lot of what made him such a beloved player choice, mostly due to the vastly different environment he was placed in. With the overall feel of Melee brought back for Project M, as well as a few minor tweaks, Falcon is revved up and ready to go with new found energy. This incarnation of Falcon plays very similarly to how he played in Melee, so go crazy and rush down with his assortment of good aerials and ground speed, and don't let the opponent out of your sight for one second. Although the Captain is fast, he has lost his title of the fastest runner in the game to none other than Sonic the Hedgehog, but in exchange he has a few new abilities that he didn't have in Melee.

Captain Falcon may not have finished well in Brawl, but in Project M he is primed to leave everyone else in the dust! 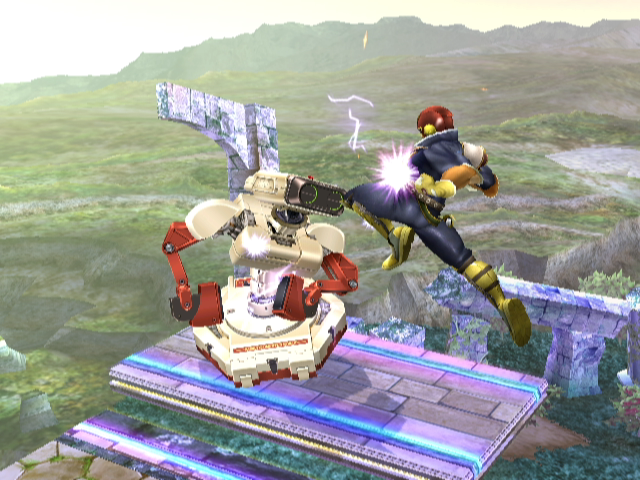 His legendary Forward-Air, also known as the Knee, has been recharged to its former glory. Opponents left eating this powerful combo finisher will be shocked, to say the least!

Try pressing Up-Taunt when a powerful Knee connects! We won't spoil the surprise, but suffice it to say that most Smashers will enjoy this particular easter egg. 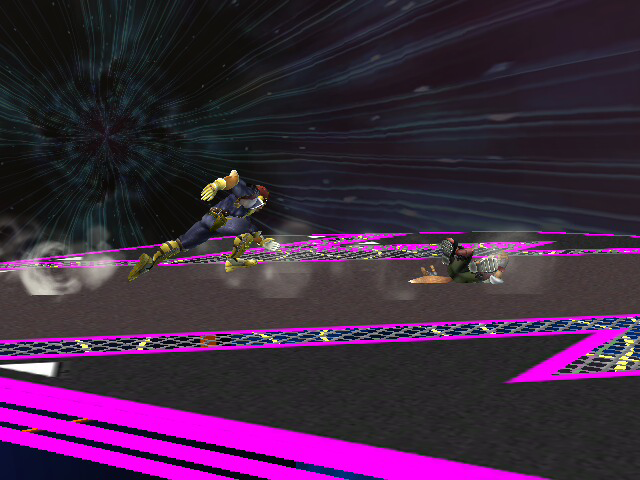 The addition of Dash Dancing, Wavedashing, and Moonwalking adds mobility options that he needed desperately in Brawl. The Captain can also make great use of Brawl-style reverse aerial rushes, and B-Reverses with his Side-Special and Falcon Kick. Leave your opponent blinded as you run circles around them once again! 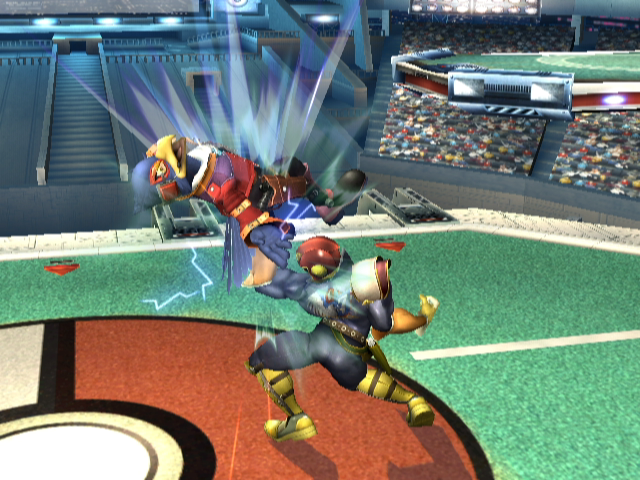 Falcon's great grab game from Melee is completely restored. Use Up/Down-Throw to set up combos and tech-chases, and at later percents finish them off with his devastating Knee for a fast kill befitting of a top racer! 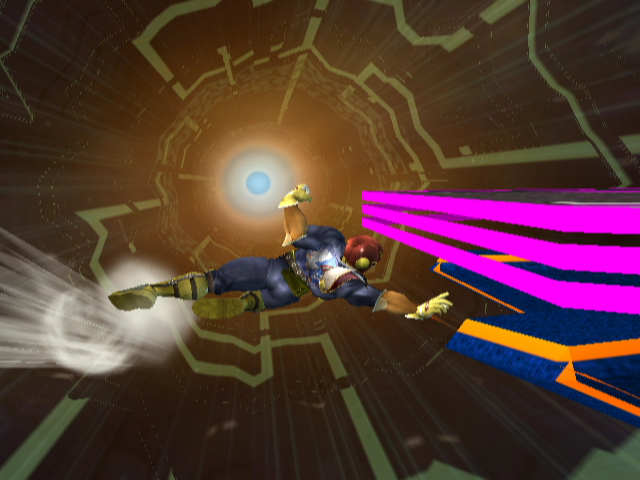 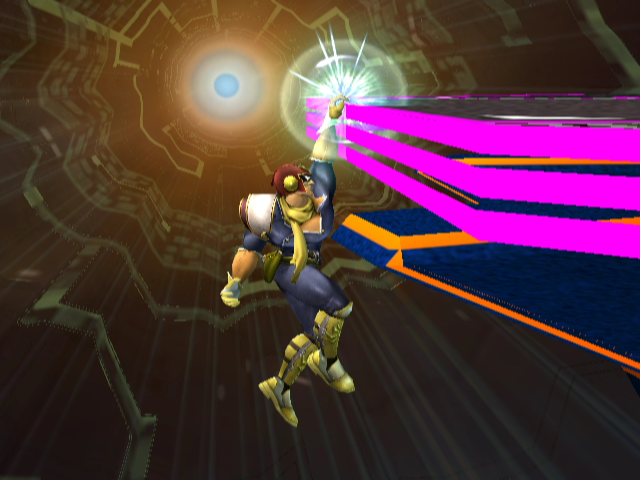 One of the main things holding Captain Falcon back in Melee was his abysmal recovery, which has been tweaked for Project M. Not only does an aerial Falcon Kick refresh your second jump as in Melee, but his Falcon Dive can grab the ledge from higher up on his body, allowing him to legitimately sweetspot the ledge! Similar to Brawl, his Raptor Boost can also snap to the ledge.