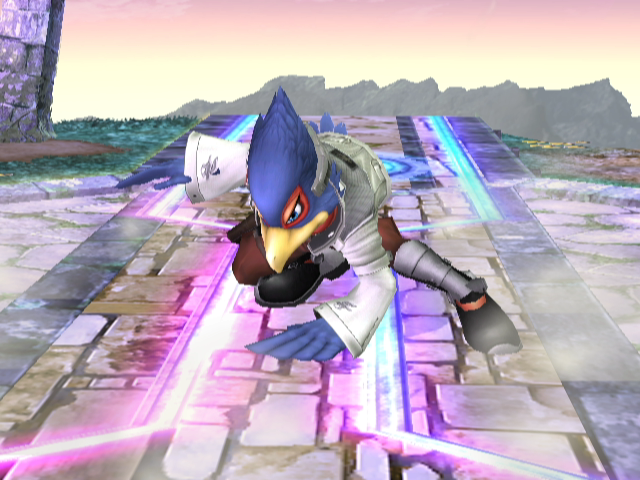 Falco Lombardi is a very respected and equally feared name among the competitive Smash community, so it's no surprise that expectations for him are high going into Project M. He was one of the most changed characters from Melee to Brawl, losing many of his tricks and techniques that defined him in the previous game. Project M sees the return of the old bird of prey though, with his technical prowess restored in its entirety.

Falco's greatest strength is his fantastic on-stage game. All of his attacks come out very quick and have a short cooldown time, and most of Falco's aerial attacks are even safe on shield when he applies the proper advanced techniques. Falco's Blaster was one of Falco's greatest tools in Melee, and it comes back with all of its glory. Combine all his Blaster tricks with his finishing attacks, and it's easy to see why Falco is so dominating on the stage. His weaknesses lie in the fact that he has one of the fastest falling speeds in the game. He's also a light character, though not as light as Fox. However, what hurts Falco even more than his relative ease of being comboed due to his fastfall speed and how easy it is to knock him off the stage towards the side boundaries, is his recovery. Falco's recovery was notoriously bad in Melee and continues to be so in Project M. All of these together make Falco's survivability incredibly low, so he must take great care to avoid getting hit, even at lower percents.

It is this style of high-risk/high-reward play along with his high learning curve and technical skill required to play him at high levels that made Falco such a dynamic and memorable character in Melee. It is with that in mind that the Project M development team is proud to welcome back this re-imagining of Falco. 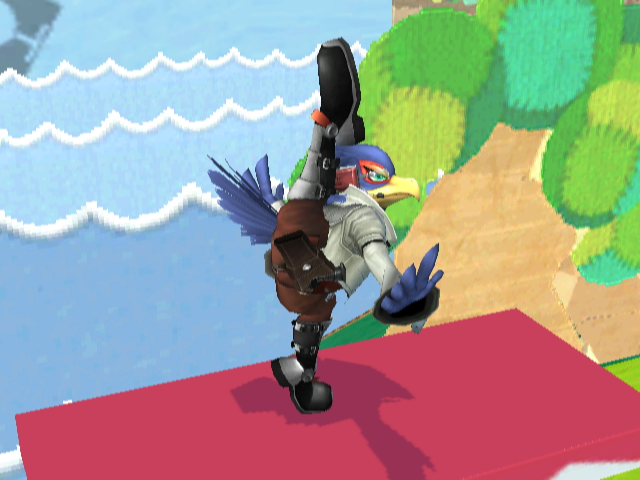 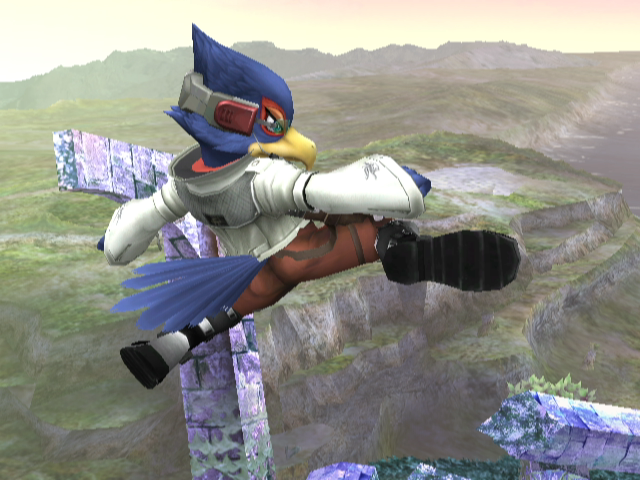 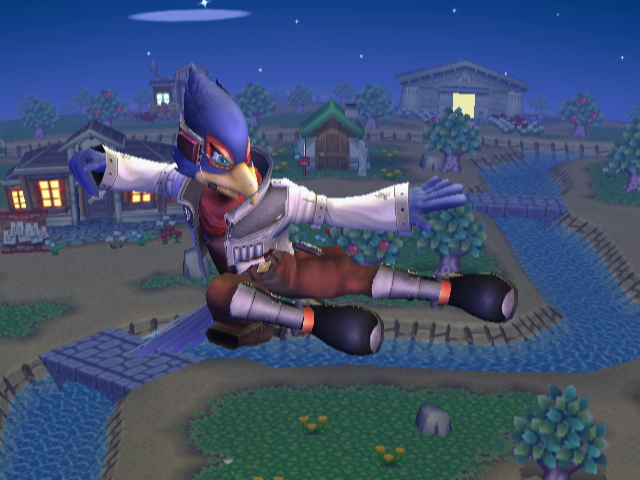 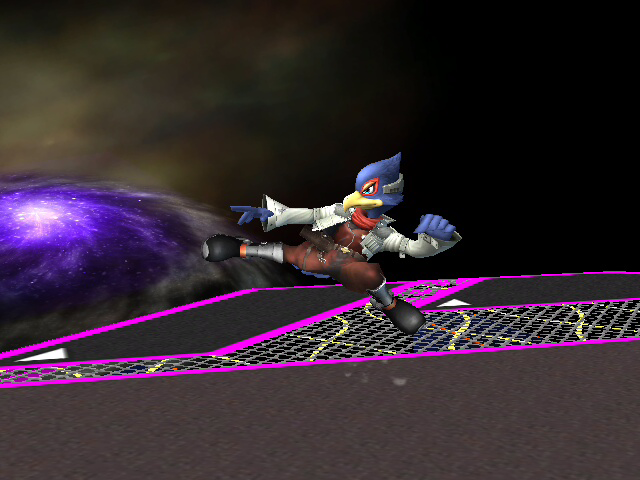 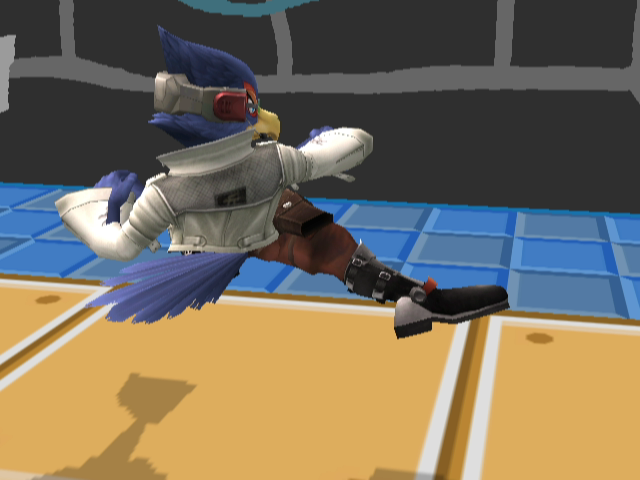 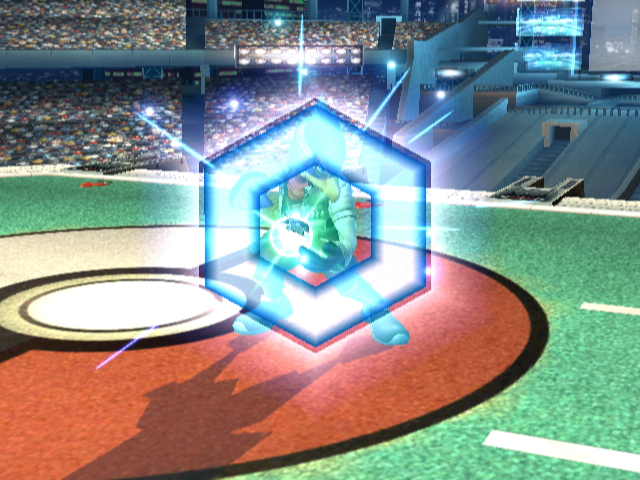 As one of Melee's well-known Top Tier characters, great care was taken to recreate Falco's Melee-styled gameplay. Most of Falco's attacks that he lost in the transition from Melee to Brawl are back. Up-Tilt, Forward-Smash, Neutral-Air, and Forward-Air have all been reverted to their Melee counterparts. Use them in the same way that they were used them in Melee. 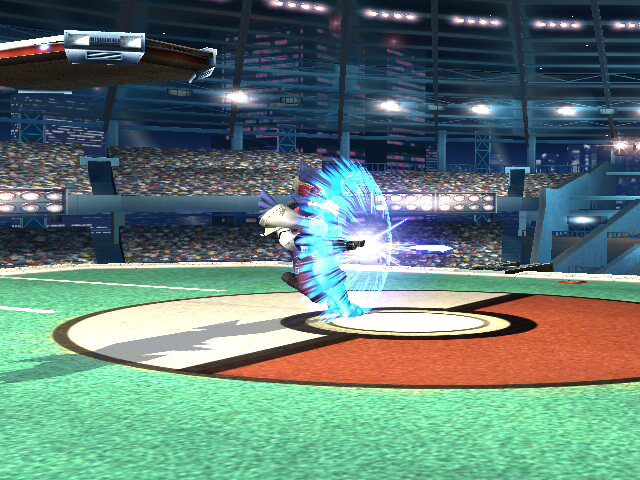 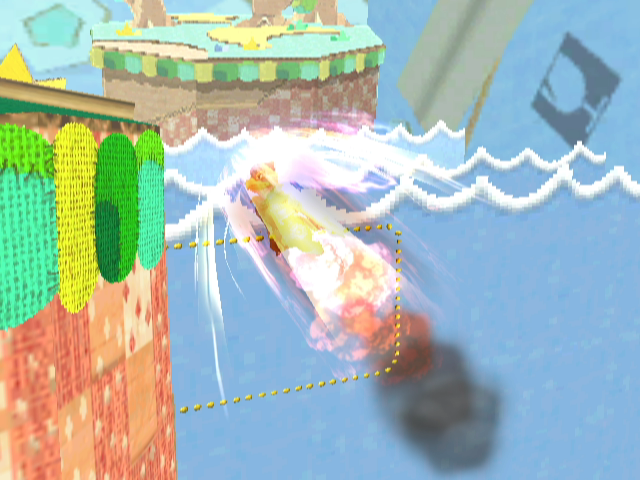 Falco's special attacks in Melee defined the character for better or for worse and Project M returns all of Falco's special attacks to how they were in Melee. His Blaster can no longer fire two lasers in a single short hop anymore, but they can be fast fallen at the peak of his jump, and they even regain ability to control Falco's horizontal movement. Falco holds his Reflector once again and is able to jump cancel it as well, creating many pressure opportunities in addition to reflecting projectiles. While those two specials were the cornerstone to Falco's metagame, his two other specials defined Falco in a different way: his lackluster recovery. His Falco Phantasm has been reduced to Melee length and priority, making it much easier to intercept Falco when he is coming back onstage. Firebird also loses the start-up flames that it gained in Brawl, but regains momentum after the move is completed and can grab the ledge during its start-up frames. In addition, it is no longer a multiple hit attack, but a single hit move like it was in Melee – complete with decent kill potential. 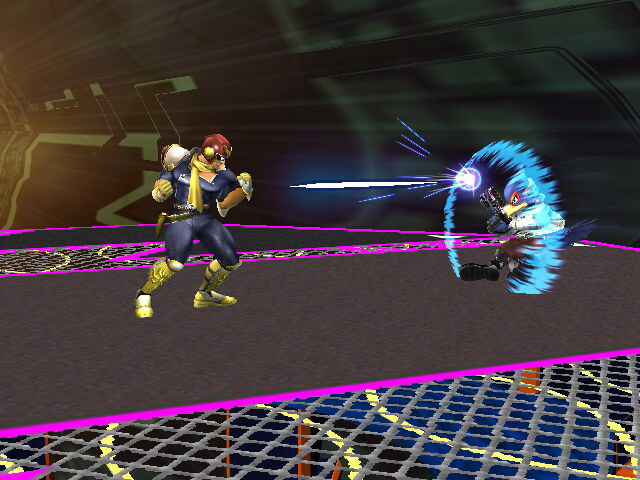 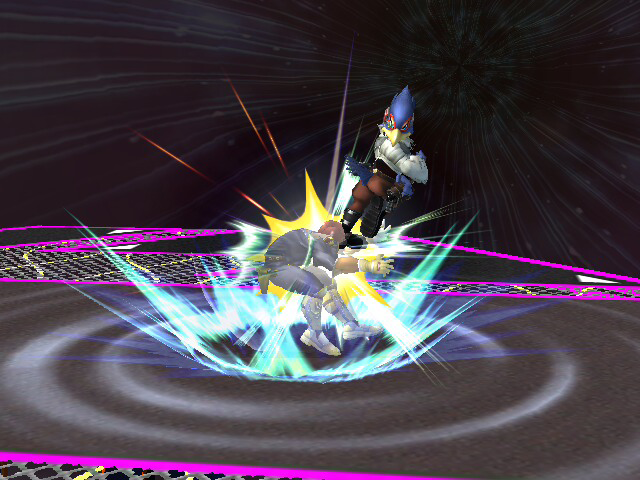 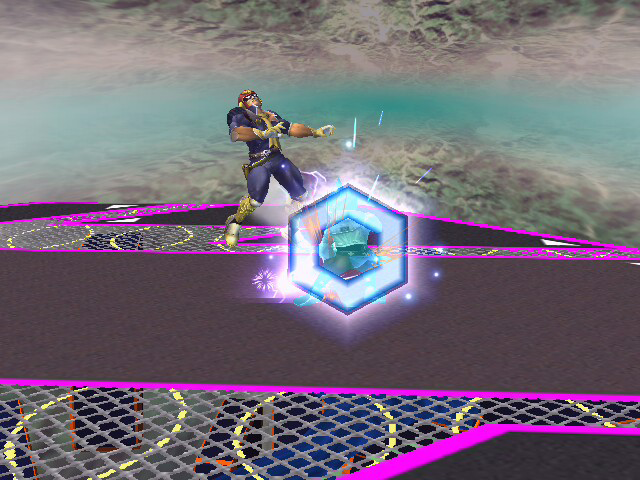 With his old tools returning, Falco's pressure game from Melee returns as well. Down-Air is usually the better of the two because of greater shieldstun, but if the extra range is needed Neutral-Air will do in a pinch. The crux of Falco's pressure, however, lies in the Reflector. Like Fox's, Falco's Reflector is jump cancelable on the fourth frame which opens up a wide array of follow ups depending on what you think the opponent will do. One of the most common actions to perform out of a Reflector is a Down-Air, which has enough hitstun to link back into another Reflector. If timed properly, there are a very few number frames the opponent can act out of, and unless the opponent knows the blockstring precisely, he or she will either get hit by the Reflector or the Down-Air, or alternatively they will be trapped in their shield. This technique was known as Pillaring in Melee. Pillaring isn't a true shield lock however, but there are many other options out of the shine than simply Pillaring. Falco can jump cancel his shine into a grab, Wavedash behind the opponent and use Reflector again to limit their options (Wavedashing in general is a good option if Falco predicts a roll), or even jump cancel his Reflector into another Reflector.