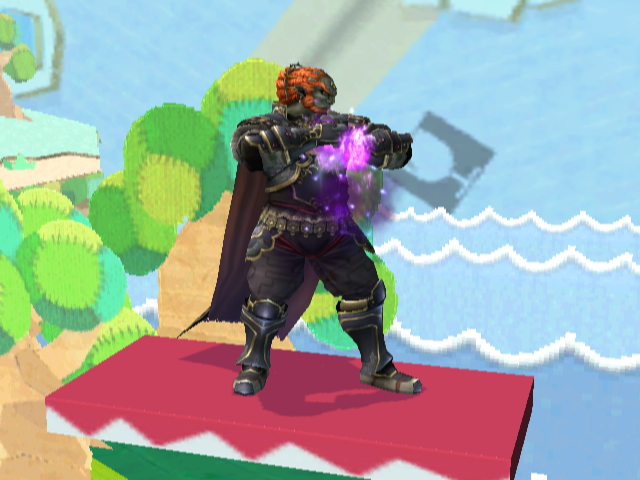 The King of Evil and Link's lifelong nemesis returns to the battlefield, showing why he is the destined holder of the Triforce of Power!

Ganondorf is consistently strong in all of his appearances, but the secret to his success in Melee was that he could be deceptively quick as well thanks to a number of advanced techniques and game mechanics. In Brawl, Ganondorf's outing was a mere shadow of his status in Melee. The drastic changes in game mechanics and gravity completely negated what made him so effective in Melee - particularly L-Canceling - and crippled Ganondorf's pressure options. Many of his attacks that were great before suddenly became too punishable when whiffed, and even a bit of his fabled strength was taken off some of his most potent kill moves! Considering how hard it was to land a hit as Ganondorf in the first place, he was relegated to little more than a walking punching bag. 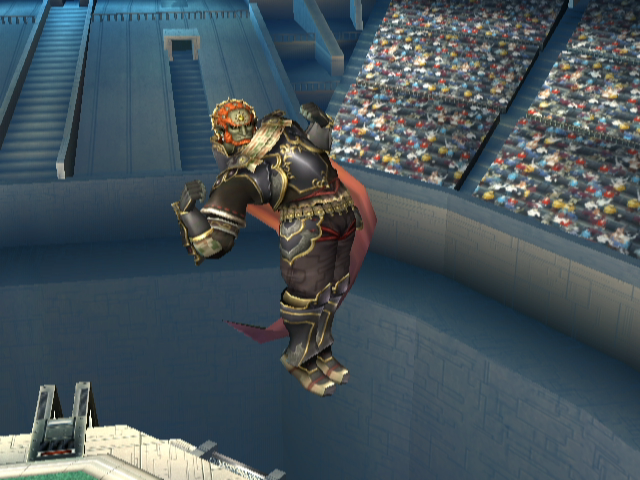 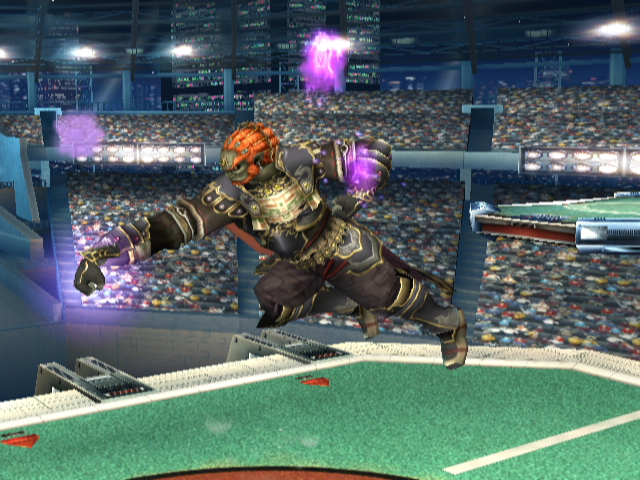 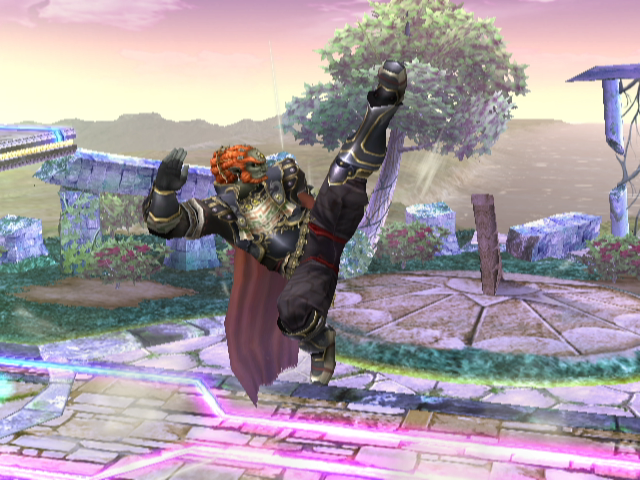 Most of his moveset has been completely restored to its Melee incarnation. Even moves that look visually similar to Brawl, such as his Down-Tilt, function exactly like their Melee counterpart.


Ganondorf hasn't been able to threaten the kingdom of Hyrule for eons by lying quietly when defeated. In true Ganondorf fashion, he has risen up once again to claim his rightful place as a serious contender. Melee's mechanics bestowed upon him once more, Ganondorf terrorizes his opponents with a combination of dark sorcery and bare-knuckle martial arts. Can anyone stand up to Ganondorf's unholy wrath now? 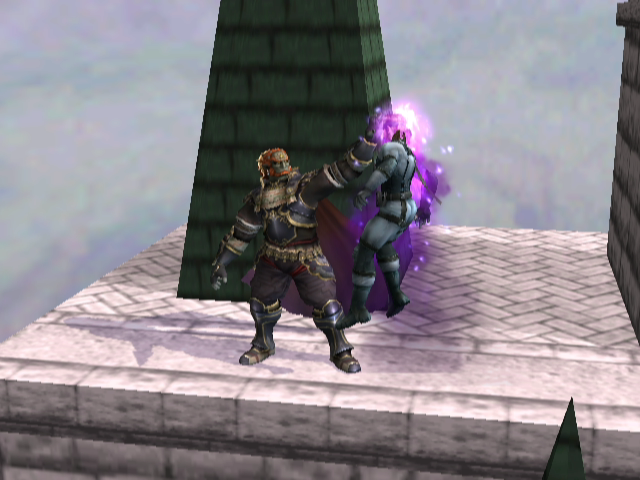 THE TRIFORCE OF POWER

Ganondorf's old Neutral Special has been repurposed as Dark Descent! Pressing the B button in the air will put Ganondorf into a slow downward float. Another press of the B button will result in an Ocarina of Time style backhand that can slap opponent's projectiles back at them! Ganondorf can also do any action that he could normally do during this float...use it to slip through opponents' zoning to get those decisive hits!


One of the few changes that remains from Brawl is his Flame Choke. Make your opponent regret ever being born by slamming them down and chasing them with your favorite move for emphasis. Down-Air and even another Flame Choke are some of the follow-ups that he can use to deal prolonged suffering. 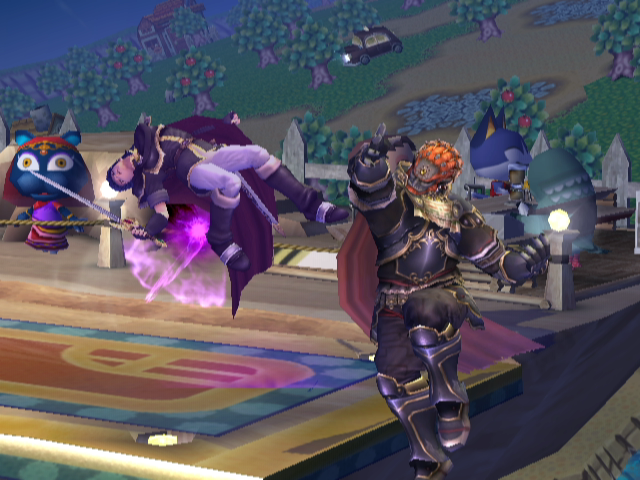 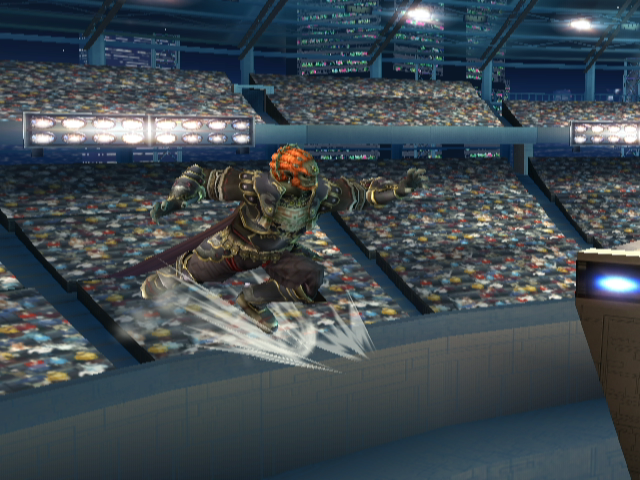 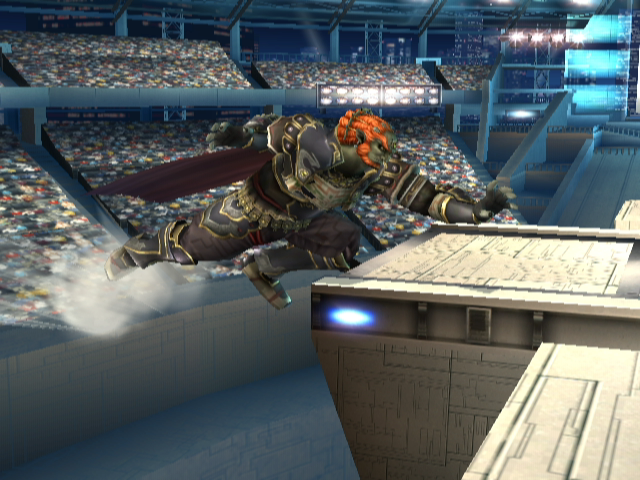 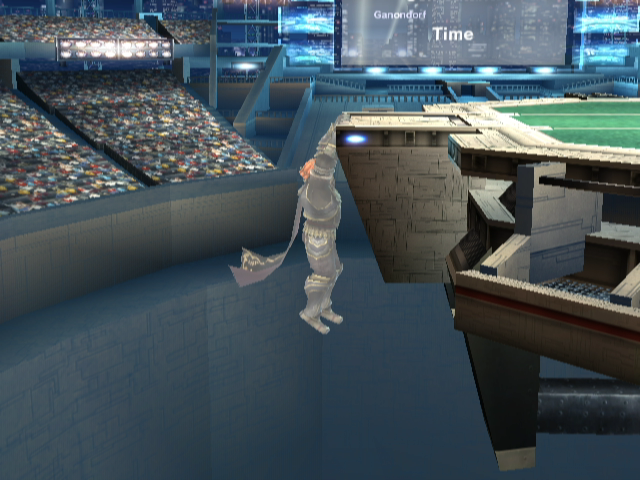 Similar to Captain Falcon's aerial Raptor Boost, Ganondorf can now grab the ledge after performing an aerial Flame Choke. Additionally, Dark Dive retains its uppercut from Brawl. Between Flame Choke, Dark Dive, and Dark Descent stalls, Ganondorf boasts a wide variety of options for recovering...laugh at your opponents for such pitiful and cowardly attempts at a kill!