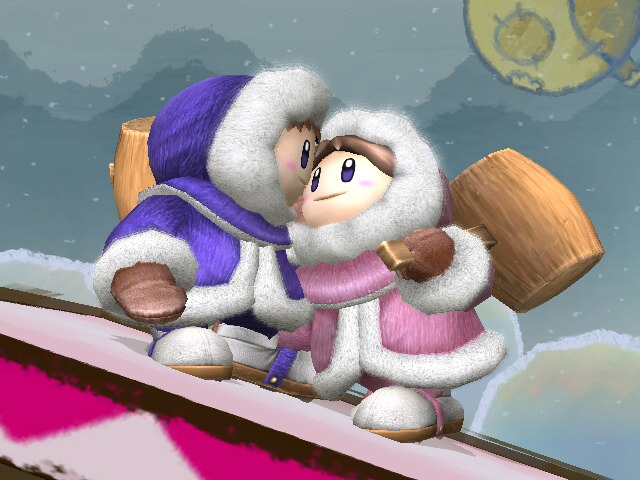 The Parka Twins return to the fray with a dizzying array of coordinated grabs and tricks to pummel the competition into submission. The Ice Climbers are a vaunted competitive threat from both Melee and Brawl, and much care has been put into staying true to their roots as the most devastating grapplers in smash. Always better together, these Climbers are ready to put the rest of the cast on ice! 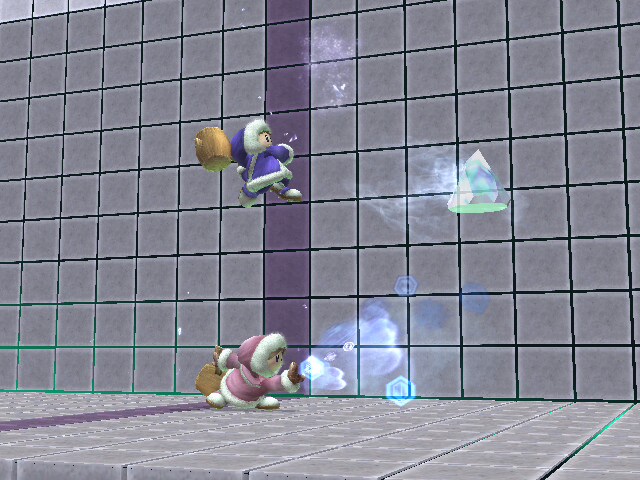 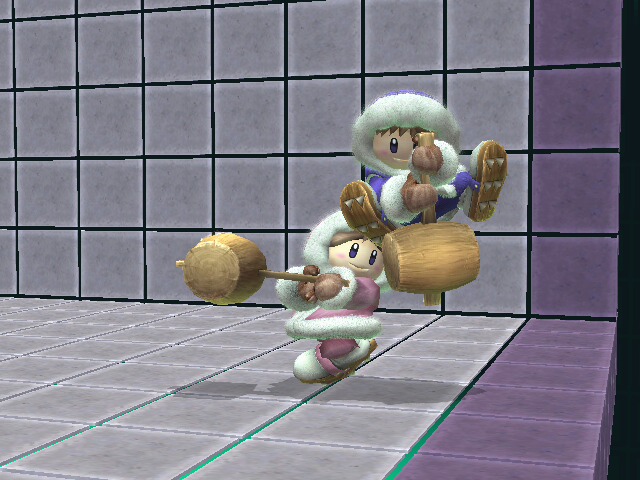 Classic desynchs return with a vengeance. Desynching is the process of acting with each climber individually to cover each other’s weaknesses or overwhelm the competition. In Project M, the Climbers are capable of performing important desynch techniques from both Melee and Brawl. Spotdodge, roll, and grab desynchs return alongside Brawl pivot, dash dance desynchs and more! There are more options than ever to unleash a de-synchronized assault. 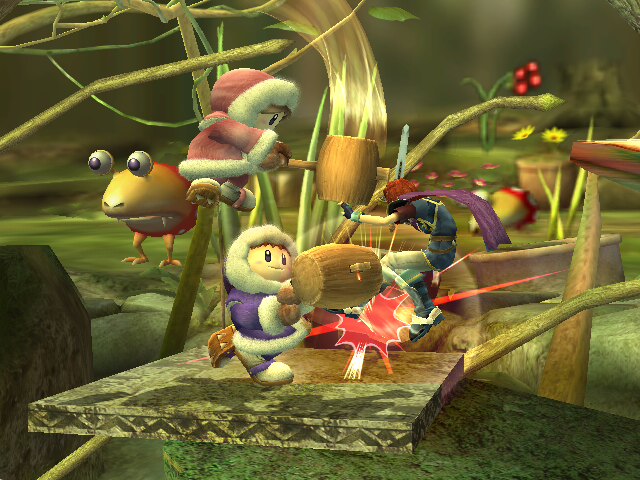 One of the defining strengths of the Ice Climbers has always been what happens when they land a grab. While Melee had the Wobbling infinite, Brawl had hand-off chain-grabs from anywhere on the stage. In the interest of balance, both of these have been removed. Despite that, the Ice Climbers retain the most damaging grab game around - with many classic melee chain-grabs making a return. It might not be a stock per grab, but the Climbers aren’t letting anyone off lightly. 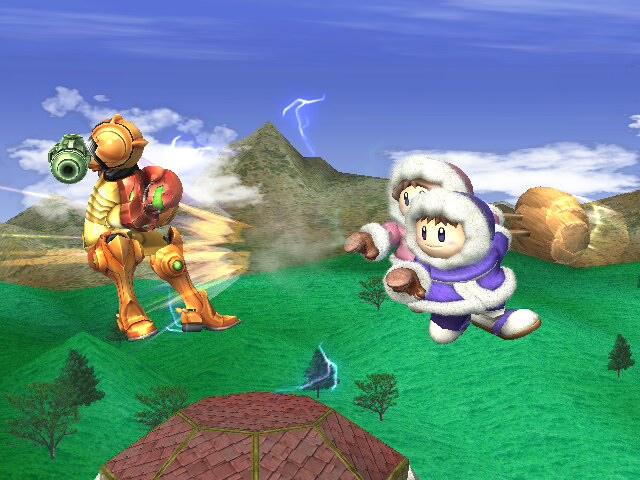 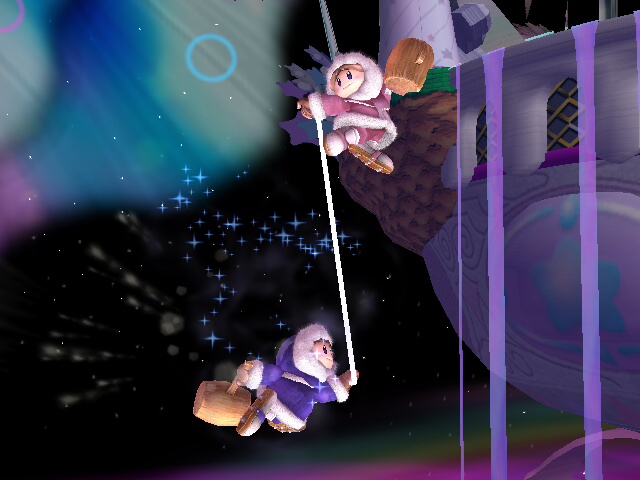 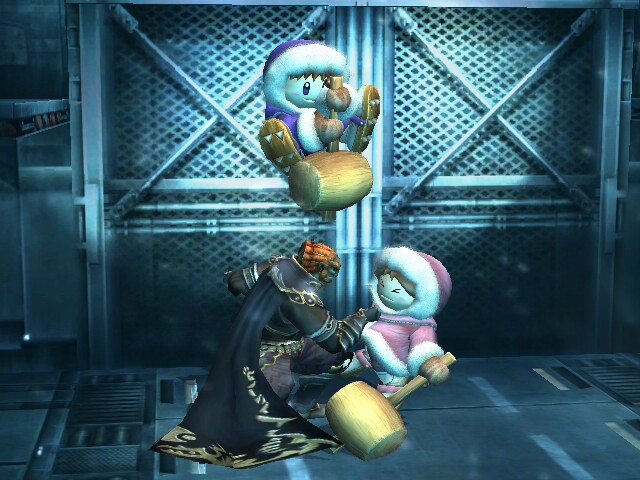 The rest of their moveset hasn’t been neglected either. Each attack has been reviewed and improved. Care has also been given to keeping Nana close - the Ice Climbers’ biggest asset and vulnerability. They retain Brawl’s Belay mechanics, allowing them to return safely to the stage together. And Nana isn’t helpless on her own anymore either - without Popo she’s capable of recovering by herself, a first for the duo.