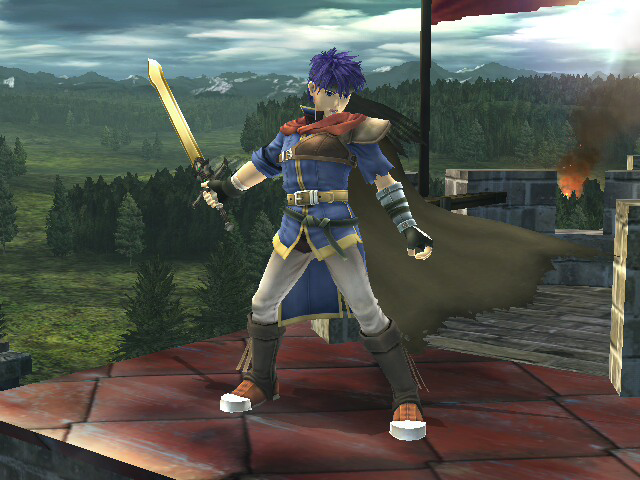 The rough and tough leader of the Greil Mercenaries makes his Project M debut! Ike is one opponent you won't want to be careless around - his extreme power may not surprise you, but his uncanny agility forces you to keep on your toes.

In Super Smash Bros. Brawl, Ike is an intimidating yet predictable character; but no longer. When started from the ground, his Quickdraw ability can now be canceled with a jump, which allows him much greater flexibility in approaching. Lower landing lag, exceptional shield stun, and high shield damage allow him to pressure opponents far better than ever before. Don't make an error around Ike - it may be your last! 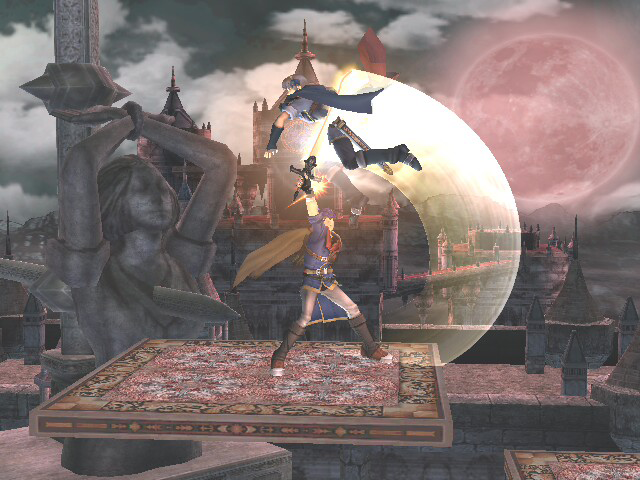 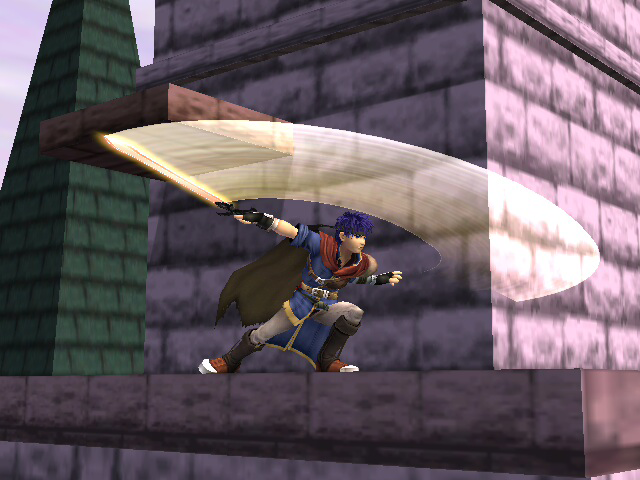 Ike is obviously a very powerful character, but, as a powerful character, he often finds himself in danger when power alone won't suffice. His infamous jab is still around; although Project M's mechanics and Ike's greater flexibility makes him less dependent on it than he used to be. Ike's forward-tilt is one of his greatest assets; it is fast, has great range, and is quite powerful. His up-tilt has been significantly sped up from Brawl to be a great combo starter on faster-falling characters as well as an excellent anti-air attack. His meteoring down-tilt, while slow to start up, has low ending lag and great range in front of him. Space those recoveries just right when fighting against Ike, or you'll regret it!

His smash attacks remain very dangerous and can be combined with his agility to terrify any opponent. His up-smash can be jump-canceled out of Quickdraw to chase after opponents, and forward-smash is still as frightening as ever. The most changed of Ike's smash attacks is his down-smash; the attack is now an optional two-swipe attack, similar to Link's forward-smash, and both hits send at a low trajectory towards his backside. Use this well against Falco and he really will have spawned at "kill percent!" 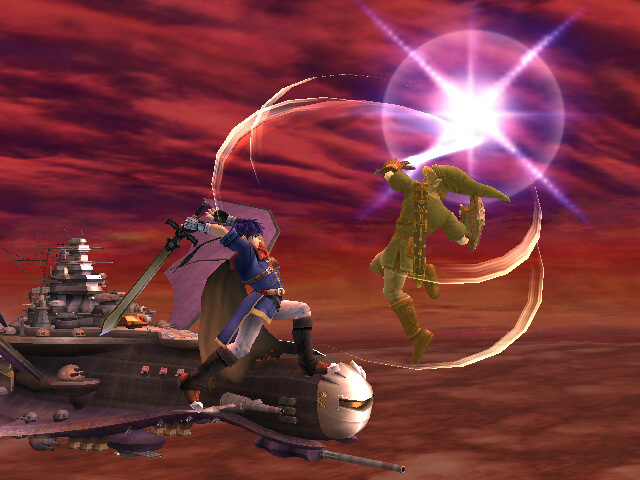 Ike's aerials serve him well in many different ways. His massive forward aerial can be used to space, punish, and gimp opponents at low percentages off-stage. Back-air is used to space, pressure, and punish. His down-aerial can meteor on-stage as a combo-starter, or kill/gimp off-stage with either the strong initial hit, or the flub that comes out afterwards. Ike's up-aerial can either combo opponents or kill off of the top of the stage, depending on how it is timed. And, finally, his neutral-air is a wide-hitting combo starter that remains potent throughout all of the move's duration. 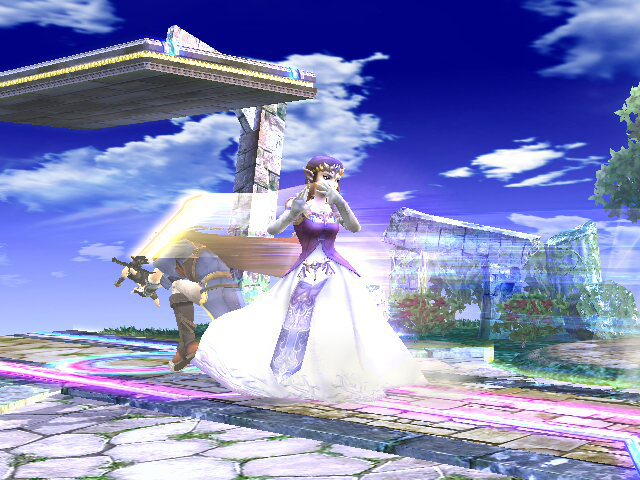 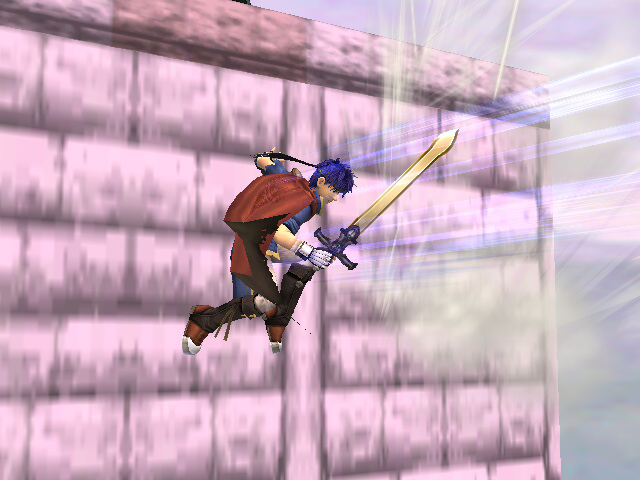 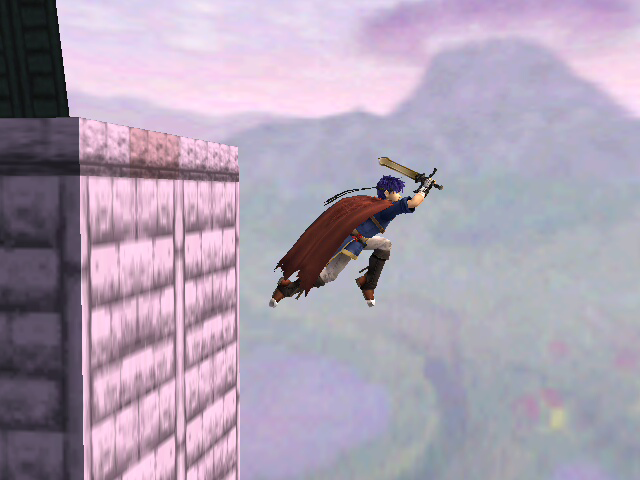 Quickdraw is a very powerful move and is an important accessory in Ike's move set. It is extremely important to note the changes in functionality of the move as compared to Brawl's incarnation. The move can now be jump-canceled if done from the ground, and it is possible to turn around when jumping for a backwards facing approach. Ike will also no longer automatically swing at the opponent; if nothing is pressed while Ike rushes forward he will simply pass through the opponent. If the Attack button is held Ike will attack an opponent once he is within range, as the move worked in Brawl. If the Special button is pressed Ike will manually attack, which is useful for optimizing spacing of the attack, or simply to make Ike stop in his tracks on command.

Although it cannot be jump-canceled if begun in the air, Ike is no longer put into free-fall if he swings and hits the opponent. Also, Ike can now wall jump one time out of Quickdraw, which allows him to recover from far below the ledge on some stages.

A well timed fully-charged Quickdraw is said to be a very effective attack... 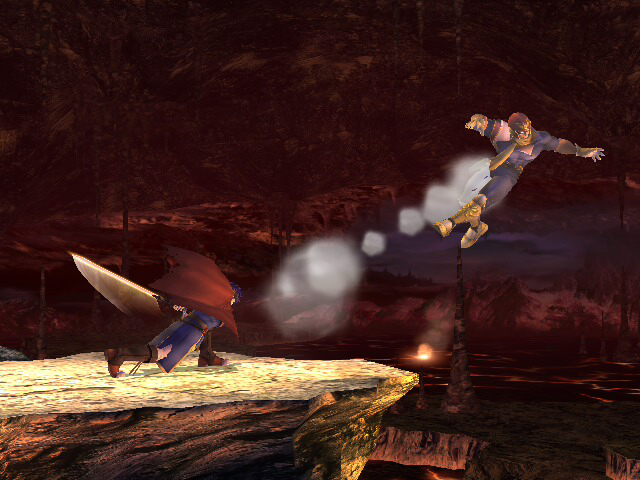 Ike's other specials have less dramatic changes. His counter is still slower and stronger than Marth's, but activates slightly faster than before. Eruption maintains its super armor that allows him to break through attacks, and is capable of meteoring the opponent if only the tip of the sword connects when it is brought downwards. Aether no longer maintains its super armor on its startup, and instead only has some resistance to weak knockback hits. You must be careful when using it to recover, lest you be knocked right back off the stage.