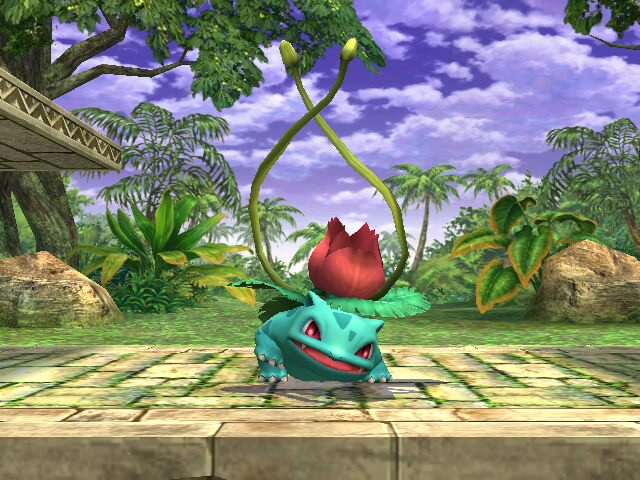 The original Grass-type starter has outgrown her trainer and finally debuts in Project M! With no more stamina or elemental weaknesses to worry about, Ivysaur is back and better than ever, fully equipped with a unique moveset to whip her foes into shape. Watch out, this Pokémon is one to be reckoned with! With a focus on walling with vines as well as some added trickery in her new options of Synthesis, SolarBeam, and Seed Bomb, she's no joke on the battlefield. 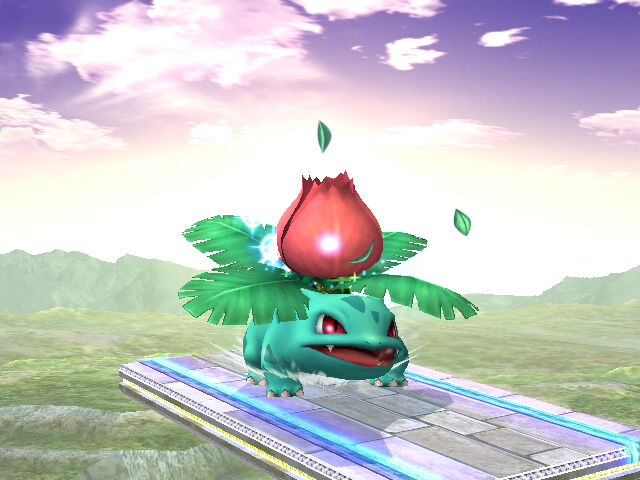 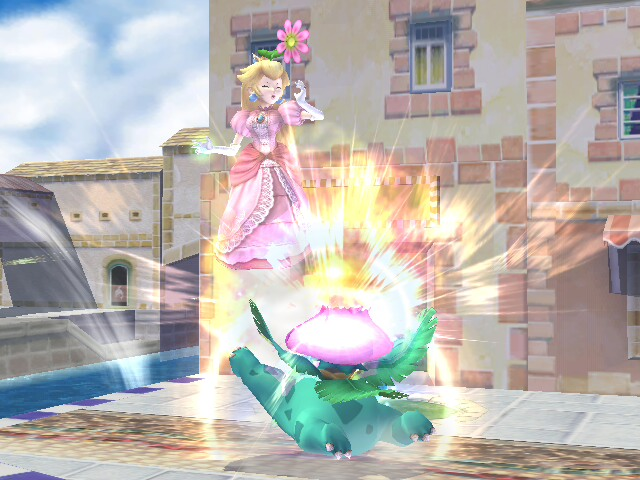 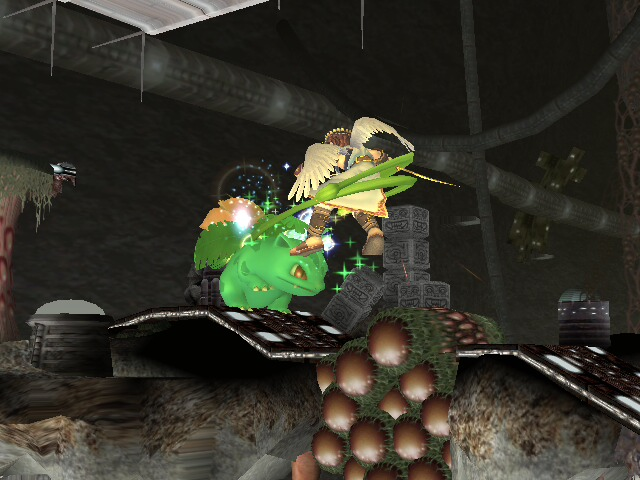 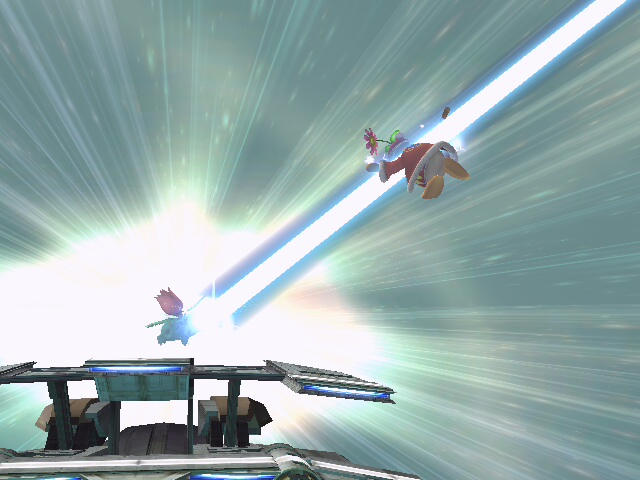 Ivysaur builds charge using well-spaced bulb attacks on her opponents. Her Up-Smash, Up-Aerial, and Down-Aerial all have sweetspots that will build up a significant charge. Once fully charged, press B to unleash a devastating Solarbeam! Ivysaur's bulb moves not only increase her Solarbeam charge, but they also heal Ivysaur, and will place a Leech Seed on her opponent. The Leech Seed will do small amounts of damage over time. Be sure to take advantage of Ivysaur's bulb attacks in your combos to build up Solarbeam as fast and as often as possible!

Of course, there is another way to charge Solarbeam. Simply press and hold Neutral-B to use Synthesis. Doing so will very slowly charge Ivysaur's Solarbeam while healing you slightly over time. It's very dangerous to stop and charge it during combat, so be vigilant and only use it in a safe position! 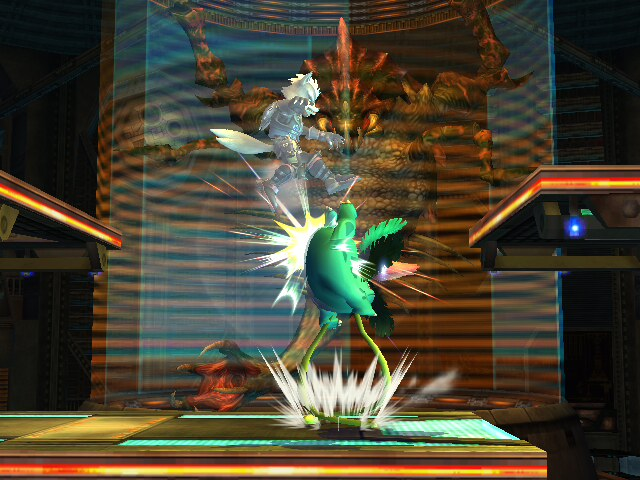 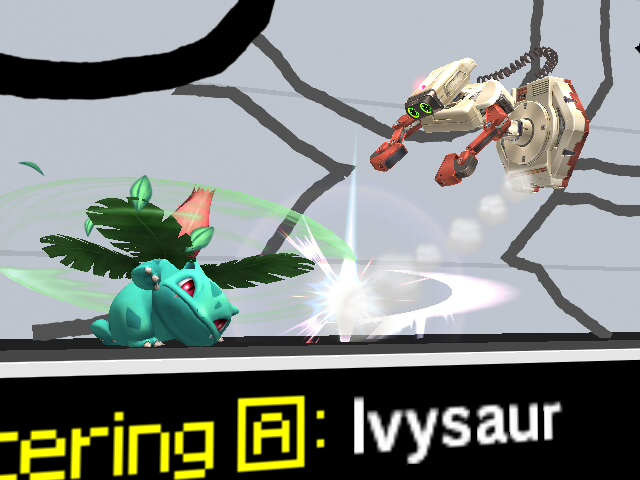 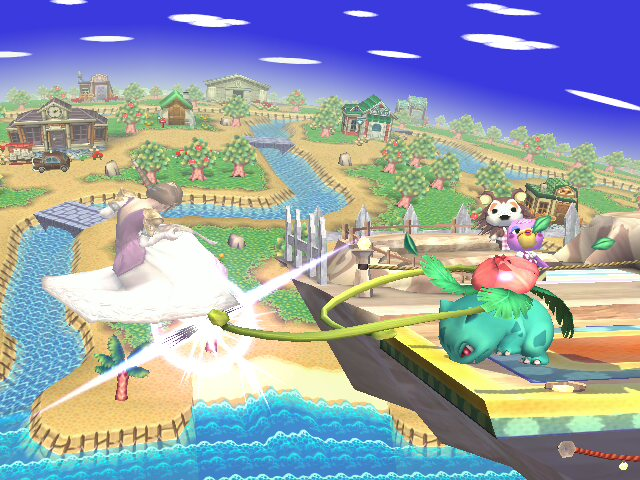 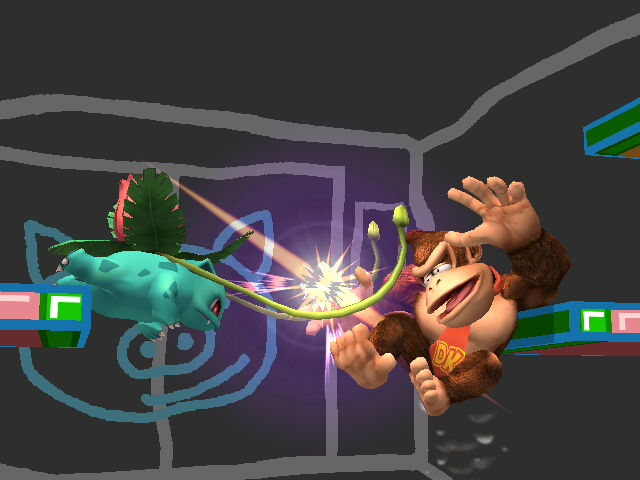 Ivysaur's normal attacks utilize flowers, leaves, and vines to engage her foes. Her jab attack long-reaching 2-part whip attack capable of quickly putting space between Ivysaur and her opponent. Ivysaur's Forward-Tilt grinds the opponent with spinning leaves of fury. Down-Tilt whips up a combo by popping the opponent into the air. Up-Tilt is also an excellent launcher to lead into combos.

Ivysaur's Forward-Aerial is a quick double-whip attack that can be used to control space, combo, and gimp the opponent. In other situations, Ivysaur's Back-Aerial is extremely handy, with very large hitboxes that can make any opponent reconsider their approach. Not only can Ivysaur's bulb moves heal her, but they're extremely useful in combat as well. Down-Aerial gives Ivysaur a small upward boost of momentum, and will launch the opponent downward. Similarly, Up-Aerial rockets Ivysaur downward, but can be used to combo, kill, and seed your opponent. Use these momentum-altering moves with skill and control the pace of the match!
Also important to note is that Ivysaur's bulb moves aren't the only ones that heal Ivysaur - her pummel also absorbs energy from your opponent. Take advantage and sap life from your foes as much as possible! 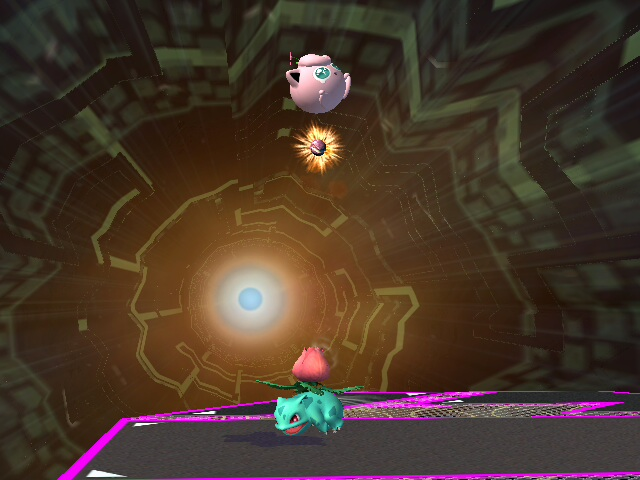 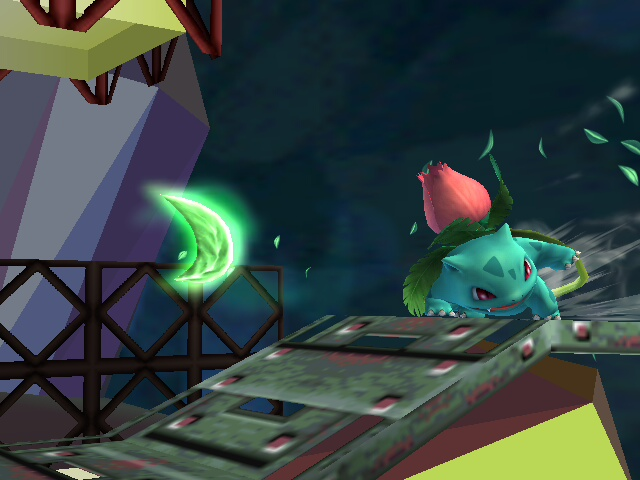 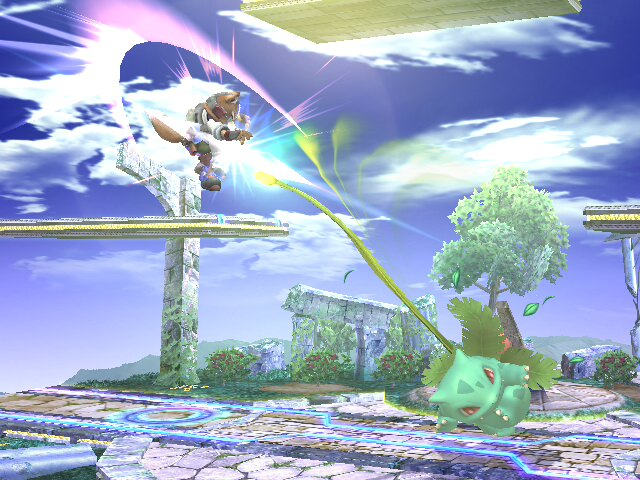 Ivysaur's moveset revolves around the use of powerful Grass-type moves that confuse and cripple the opponent. Her Side-B, Razor Leaf, can be used as either a slower zoning move that can hit multiple times, or as a smash-throw to generate a quicker single hit. Vine Whip is capable of finishing off an opponent with its potent sweetspot, and allows Ivysaur to return to the stage with Project M's improved tether mechanics preventing effortless ledge-hogs.

Lastly, Ivysaur's stunning new Down-B packs a powerful punch. Ivysaur launches her powerful Seed Bomb into the air. While this move is dangerous to airborne opponents, the true threat are those unfortunate enough to be caught at ground-zero of the explosion. Any grounded foes who are caught in the vicinity of the explosion become dazed for a brief period of time.