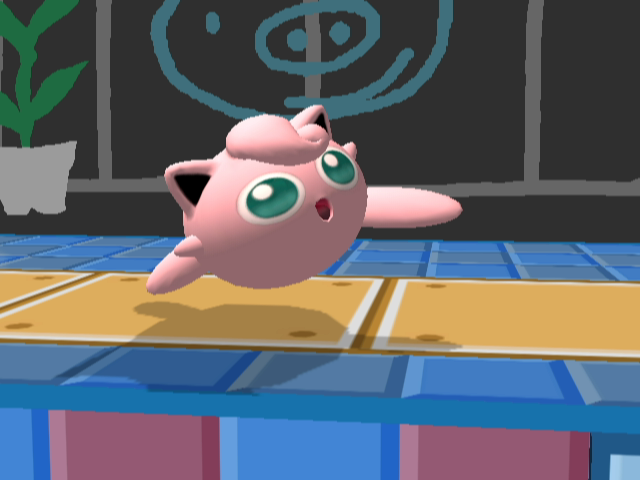 A relative newcomer to the echelons of top tiers in Melee, Jigglypuff looks to retain her current Top Tier placement in Melee going in to Project M and with her best bread and butter tools from Melee having been brought back, it could be a very real possibility.

Jigglypuff's aerial combat is one of the best in Project M – she has a solid set of midair attacks combined with 5 jumps, great air control, and low fall speed. She can weave in and out of opponents' attack range and is a very hard character to grab because she spends so much time in the air. This also facilitates an incredible offstage game, being able to use her 5 jumps to not only go far off the stage and hit a recovering enemy with an aerial but to also use her remaining jumps in conjunction with Pound to make it back onto the stage from nearly anywhere. Once opponents are offstage, there is very little they can do against Jigglypuff, and she has a fairly good chance of keeping any character from coming back onstage. And because of her low gravity and high aerial control, she is also one of the hardest characters in the game to combo.

Jigglypuff is not without faults though. Not only does she have a low falling speed, but she is also one of the lightest characters in the game, giving her the least overall knockback resistance out of the entire cast. Characters with even mediocre kill moves will hit Jigglypuff hard at good percents, no matter which direction she's being sent. She also suffers from limited range and one of the shortest Wavedashes. Her ground game in general is inferior to her air game by a large margin thanks to Jigglypuff having the slowest run speed in the game as well as most of her grounded attacks simply not being as effective as her set of aerial moves.

Jigglypuff is a character of polar extremes, and she can make that work well! Master Jigglypuff players will know how to make the most out of Jigglypuff's aerial game while knowing the exact moments when to make subtle use of her ground game before returning to the air. 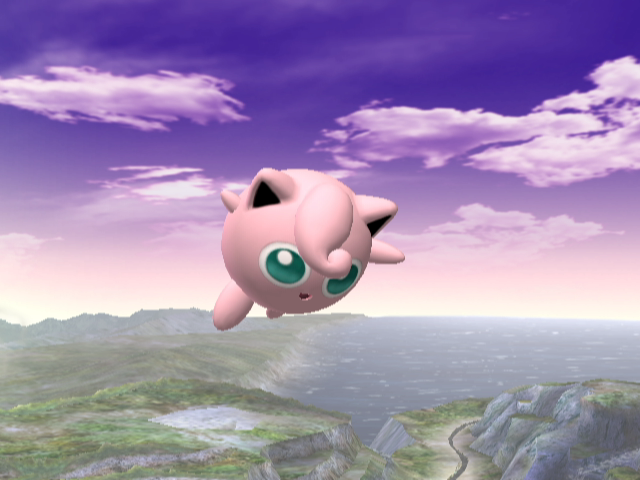 Jiggypuff is a character that benefited mostly from the environment change from Brawl to Project M, but there were a few subtle changes that had to be made directly to her moveset. Although it goes without saying that most of her attacks have been given Melee stats, the Back-Air is especially noticeable because its large disjointed hitbox has been restored to Melee size. Pound also received an angle change so that it functions like Melee – it sends up and behind Jigglypuff now rather than Brawl's completely vertical trajectory.

But by far the biggest change for Jigglypuff is… 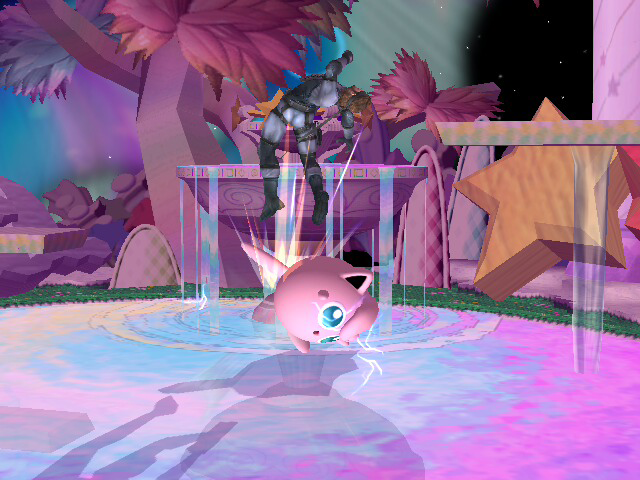 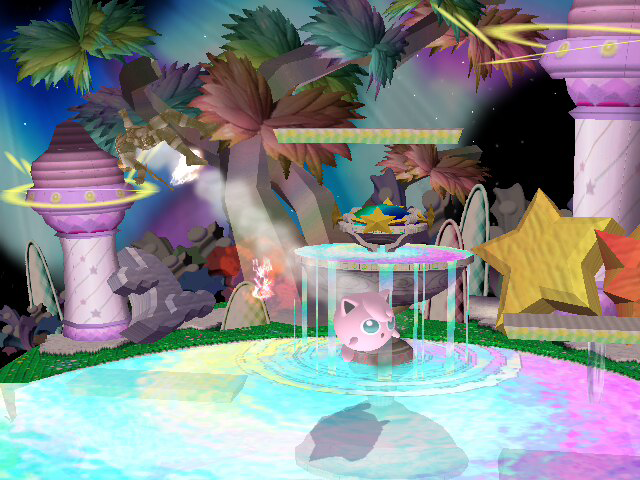 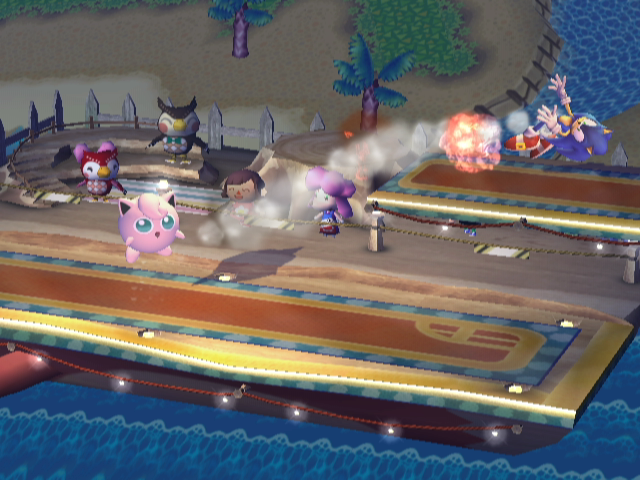 This is one of Jigglypuff's defining traits. Jigglypuff's most vicious kill move was neutered in Brawl, but in Project M it comes back at full ferocity. This move is an omnipresent threat, and Jigglypuff will be looking for any and every opportunity to land this move against her opponents. This move does 28% damage on hit and can kill at extremely low percentages, so watch out!

Unlike most attacks that kill outright at very early percents, Rest is a move that can be easily comboed into. This wasn't possible in Brawl due to its less combo-oriented game engine, and when it was it didn't yield nearly as much reward as it did in Melee and now Project M. Up-Throw, Up-Tilt, Up-Air, and Down-Throw are only some ways to combo into Rest effectively. There are many more methods, and Jigglypuff doesn't even necessarily have to combo in to it to be effective. Get creative (but not careless) with Rest and Jigglypuff will be killing at percents that would make Ganondorf envious. 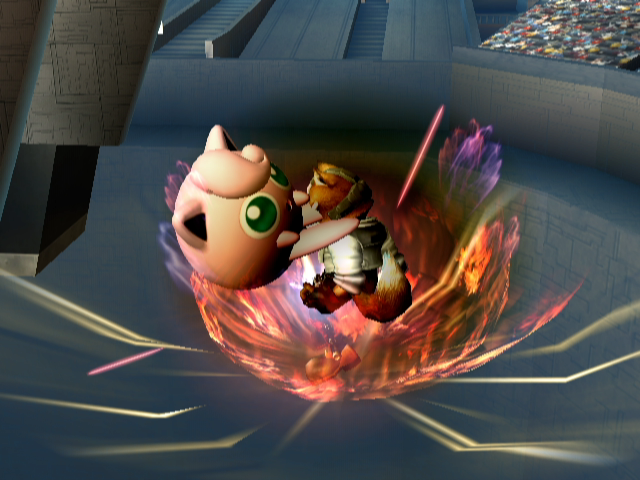 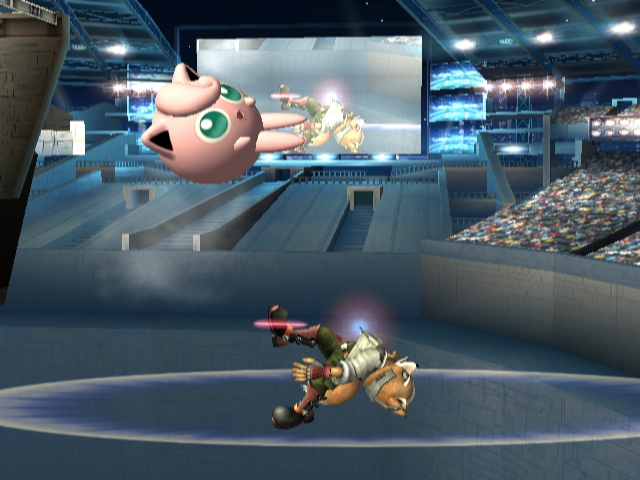 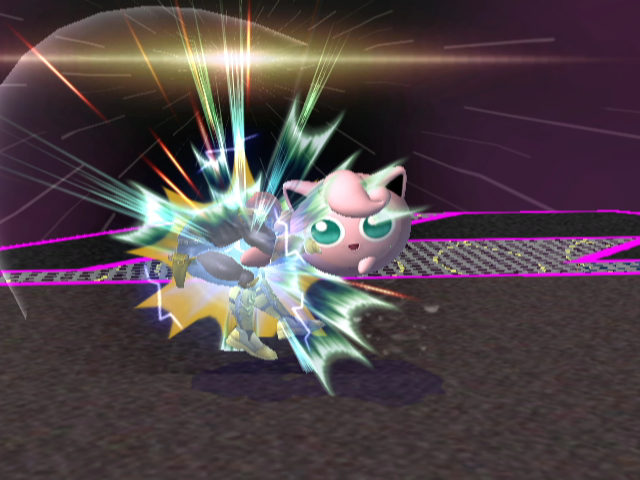 The other of Jigglypuff's defining traits is her superb aerial game. Her low knockback attacks string very well into one another such that it is often times possible to carry the opponent offstage against their will. In Melee, this was referred to as the Wall of Pain. It is nearly impossible in Brawl due to being able to cancel out of hitstun early and the Brawl airdodge system, but it makes a full-fledged return appearance in Project M.

Jigglypuff's aerials are not only useful for carrying opponents offstage, it's also good for keeping opponents from coming back to the stage. Jigglypuff can easily intercept opponents offstage, using her aerial attacks to knock the opponent farther and farther away from the stage every time they use a jump. Even multi-jump characters – which didn't exist in Melee apart from Kirby and Jigglypuff herself – can't withstand this for long as Jigglypuff has the most jumps out of every character in the game and can continue to force them to use their jumps while having many more to reposition or get back to the stage to refresh her jump count.