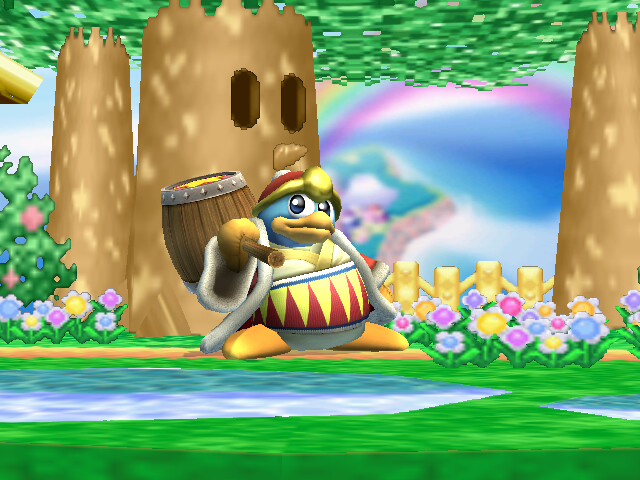 One of the Brawl newcomers, Dedede was already a fearsome character thanks to his trusty hammer and menacing grab reach. Rather than a complete redesign, these strengths have been tweaked and his character balanced around them. Although he hasn't received many overt changes, he already transitioned well into a Melee-inspired environment. Thus, he will feel familiar to those who have played him in Brawl; yet seem as if he's always belonged to Melee veterans. Watch out, the king of Dreamland could very well become the king of Smash! 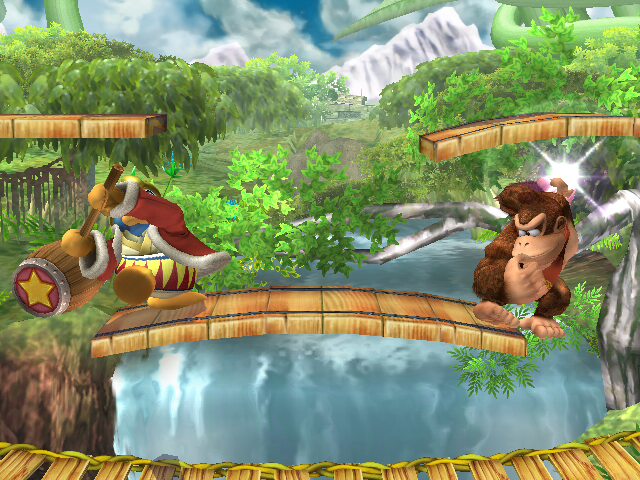 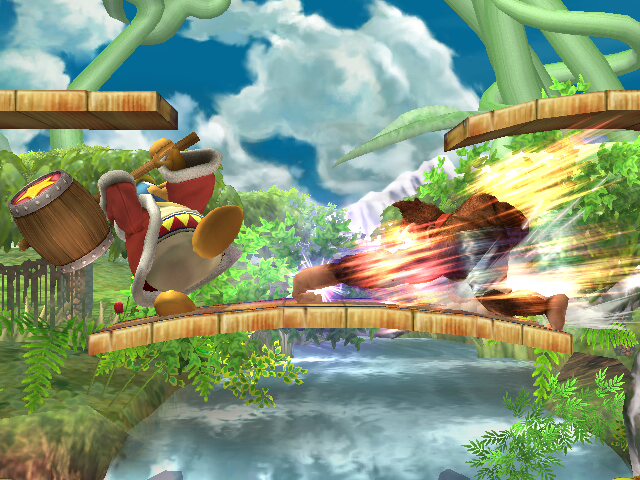 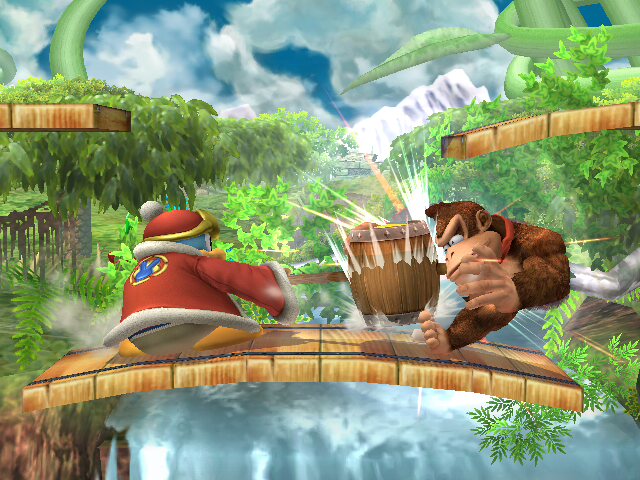 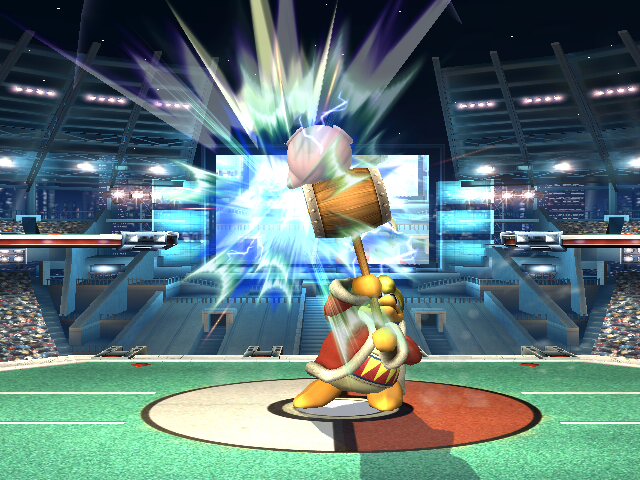 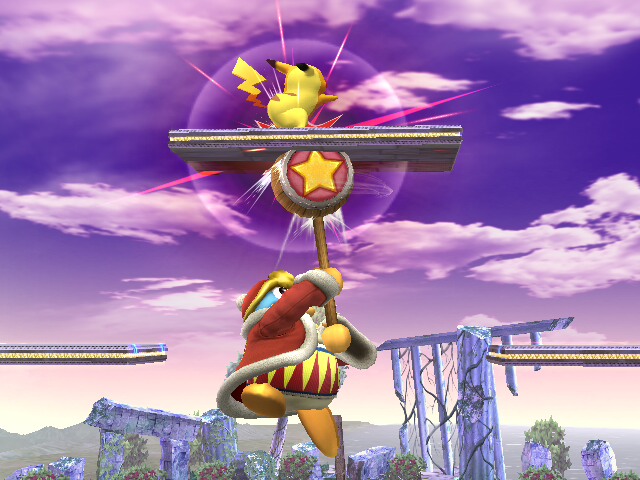 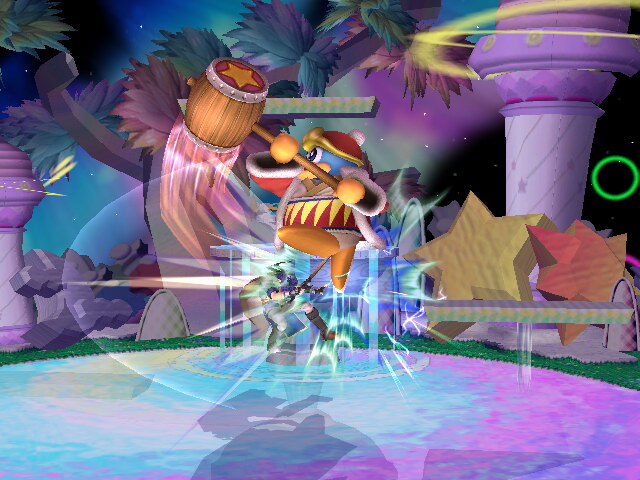 In Project M, Dedede's heavy disjointed wooden hammer grants him long reach and affords him superior spacing options. His jab combo now links properly, giving him a reliable "close range" move, while his forward tilt still covers an immense amount of space. His Forward-Smash still has quite a bit of windup, but now it has more reach to compensate. Up-Smash's overhead sweep has also received a range increase and is a very deadly tool for vertical KOs. Down-Smash now sends opponents behind Dedede - try it as a jab follow-up. While performing Up-Aerial, Dedede will thrust his hammer above his head with great vertical reach. It is no longer a multi-hit move and can pack a surprising punch. But his most effective tool of all is his new Forward-Aerial. It is a full hammer sweep from below, covering an impressively large area in front of him. It is a very intimidating move, but still punishable if baited. Overall Dedede is large and not very agile, but an excellent heavy competitor to Marth. 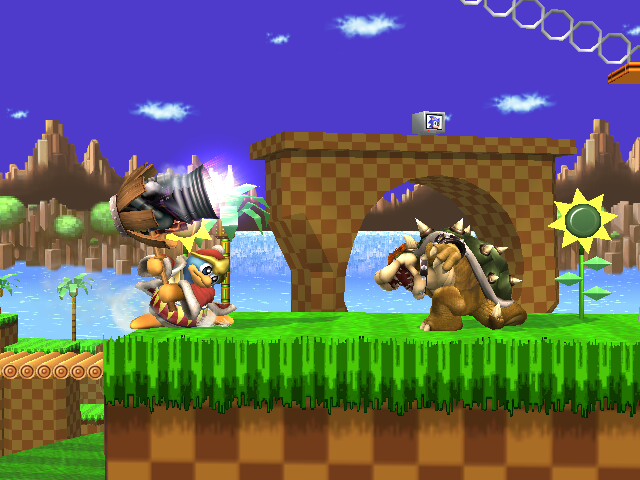 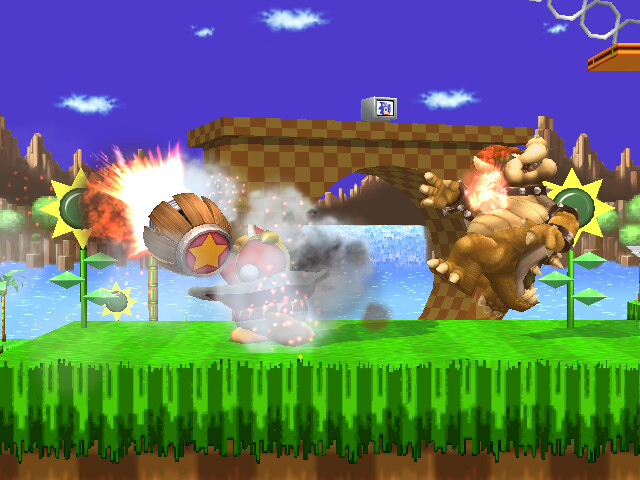 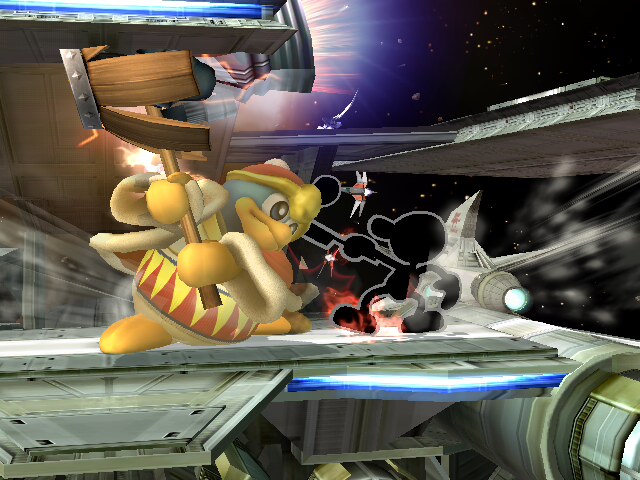 In Brawl, the Jet Hammer was an underused move mostly because much better options were typically available. It took too long to build up and the reward for hitting with it was too low to justify its charge time. This issue was remedied by reducing the time it takes for Jet hammer to load. The result is a quick swing that also provides a momentum boost based on how long the hammer has charged. It can serve as quick, reliable spacing attack, or you can charge up the attack for a devastating finisher. Beware though; when the hammer is fully charged, Dedede struggles to hold it and suffers damage from it. Although damaging, Dedede gains light armor until it is unleashed. 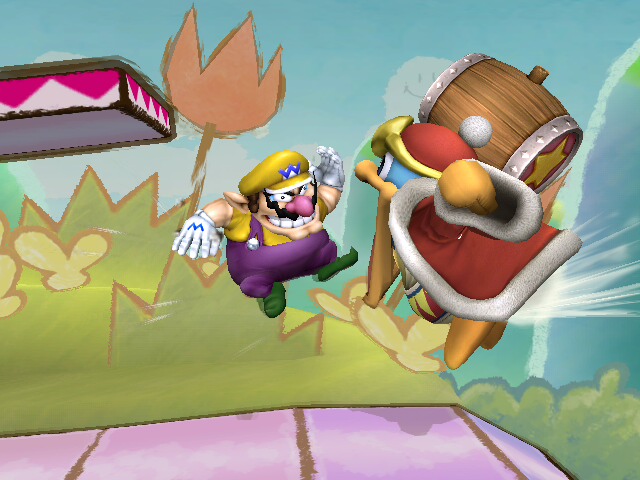 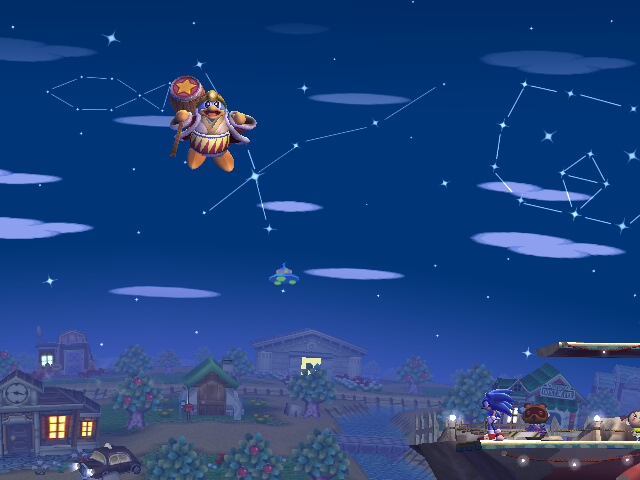 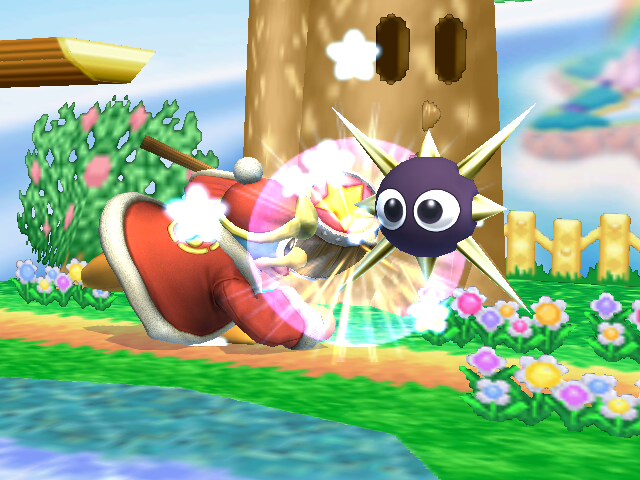 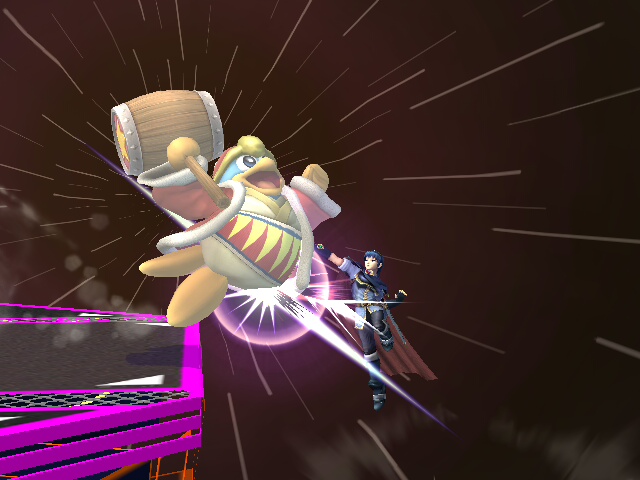 The King's other special moves are superficially similar in function to how they functioned in Brawl, although have been adapted to the Project M engine. His Inhale still allows King Dedede to set up combos, interrupt an opponent's careless approach, or drag them below the stage.

Super Dedede Jump no longer has super armor on the move, making his recovery less unstoppable and also more reasonable to deal with. However, his Up-B momentum can be cancelled by pressing down, helping against some forms of edge guarding and allowing Dedede to mix up his recovery methods.

Waddle Toss remains a powerful spacing tool, and Dedede can Wavedash into them to instantly toss them. Try experimenting with them to infuse a dash of chaos into the battlefield!