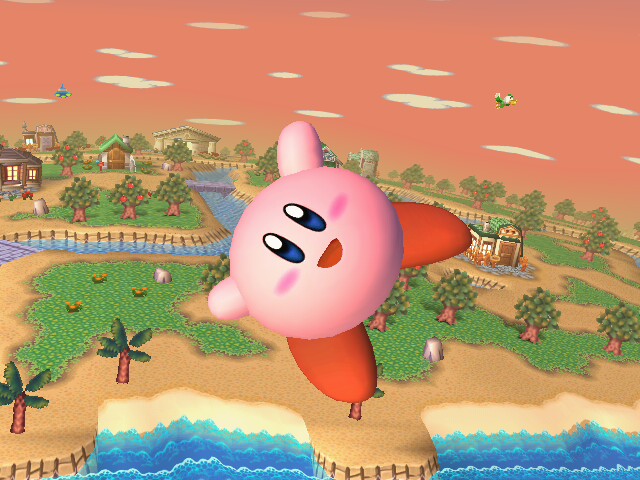 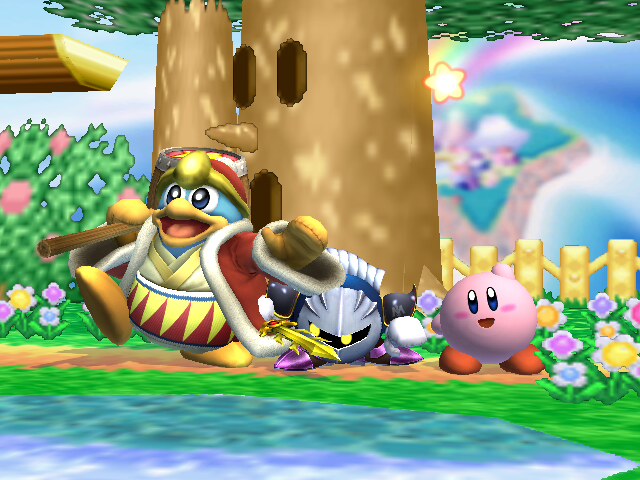 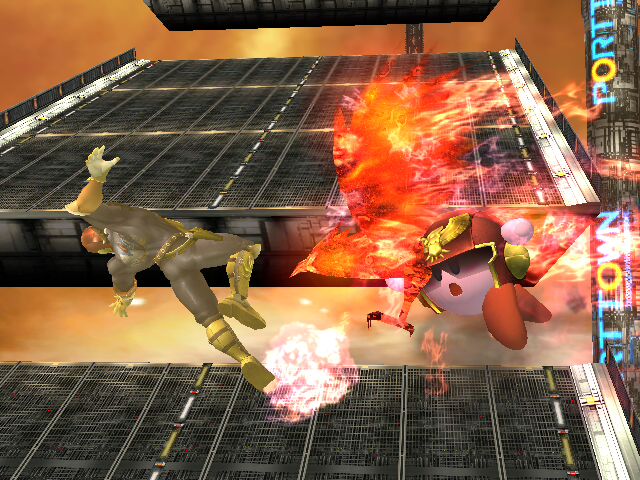 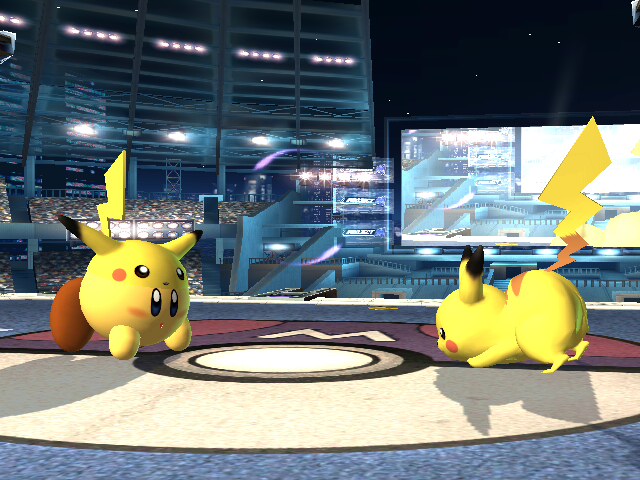 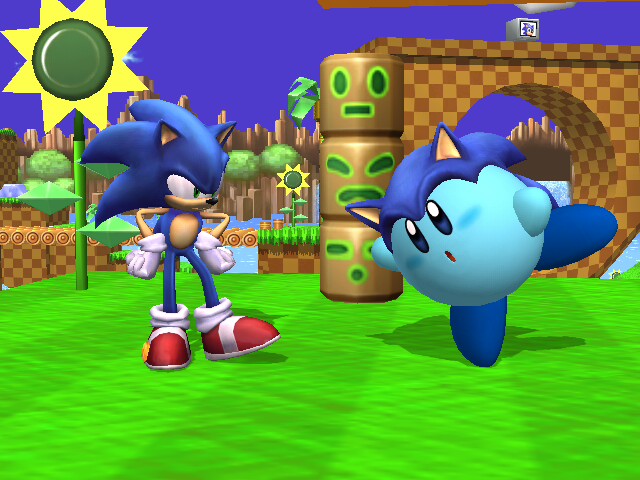 Kirby’s back from Dream Land, hungry for victory! Our gluttonous hero has had his ups and downs throughout Smash’s history but we present him to you now in his fittest form yet. After cherry-picking his tastiest qualities from past titles and layering on some fresh flavor on top, Kirby is ready to cook up some trouble! 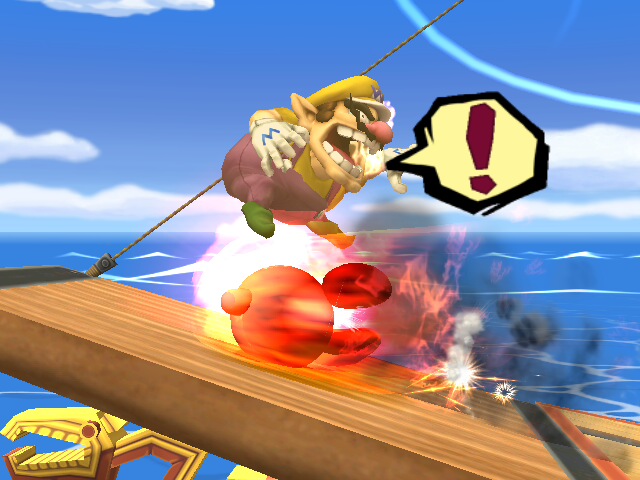 Roast your opponent to succulent perfection with an improved Fireball dash attack. The high burst speed of Fireball allows Kirby to blaze his way in between enemy attacks. Use Fireball to continue traveling off of ledges and carry your opponent into an edgeguard, or blast off of platforms and land on stage to quickly cancel the attack. With its applications in movement, punishment, combo extension and more, this versatile move is sure to crank up the heat on your opponents. 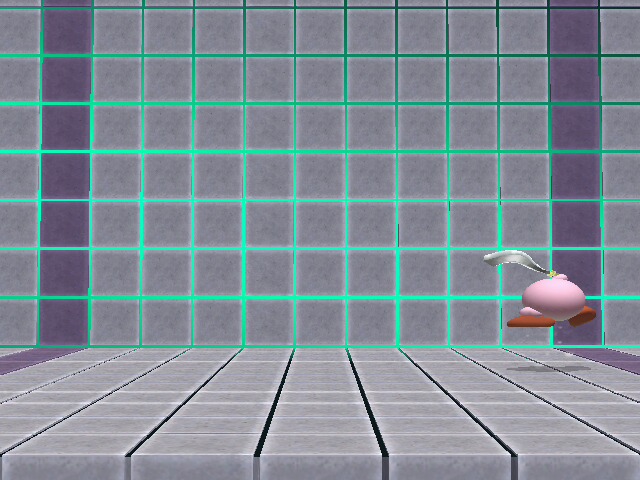 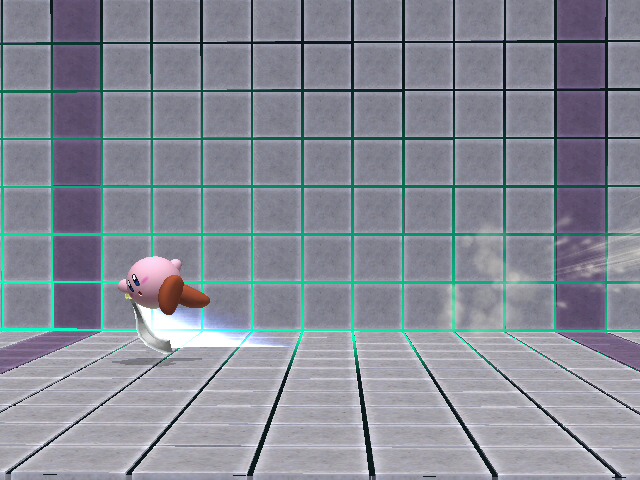 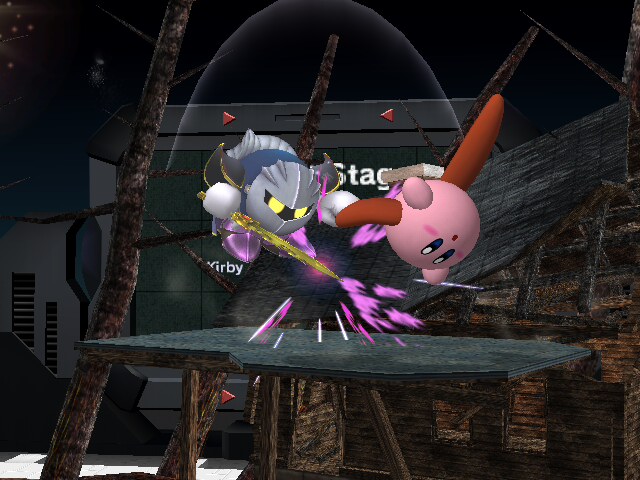 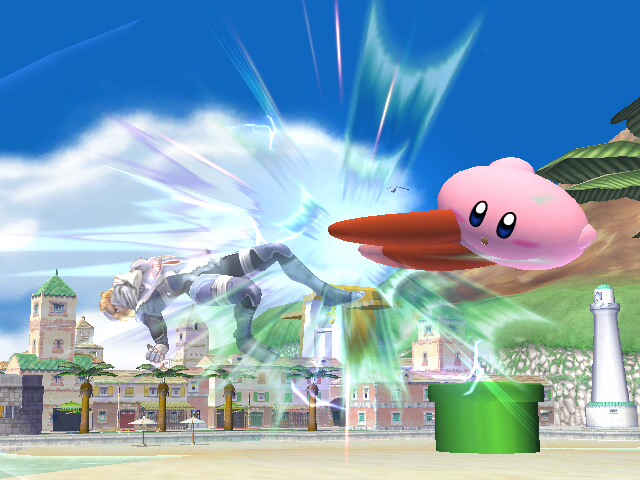 With his many jumps, Kirby has always been at home floating through the air. However, low horizontal air speed and low priority attacks have traditionally left this toothless puffball without enough bite. Slightly higher horizontal speed and beefier attacks have bulked Kirby up enough now to threaten some serious air space. Additionally, if you've knocked your opponent too far to float after them, aerial Final Cutter can now be used horizontally to chase opponents by starting Up Special and holding B + Forwards. Unlike his aerial normal attacks this move isn't very beefy, but it can be used to extend combos previously out of reach. 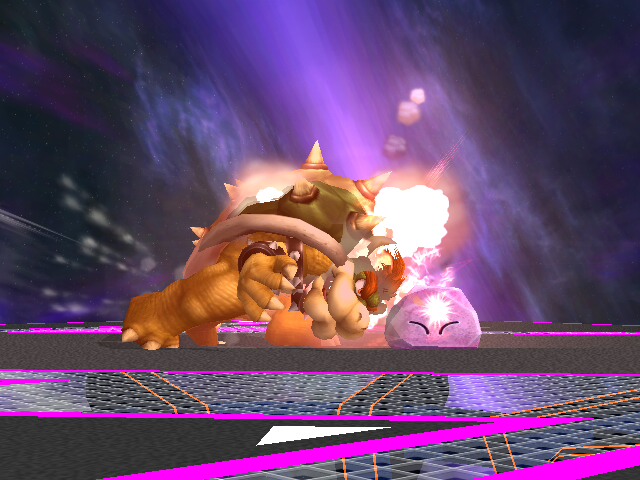 Kirby’s Stone form Down Special has been given a hard-hitting overhaul. Longer ranged opponents got you down? Stone form’s armor now begins immediately during the move’s snappier and more agile start-up, quickly solidifying from Light to Medium Armor, and finally becoming Heavy Armor as Kirby plummets down in attack. Think your opponent will try to swat away your approach? Let their attack clank off of Stone Kirby before you pop out for a counter hit! But be careful about what you try to parry – Heavy Armor is weaker than past games’ Super Armor, and neither will protect you from a well-spaced grab. Use this move smartly to take Kirby from Fluff to Tough!