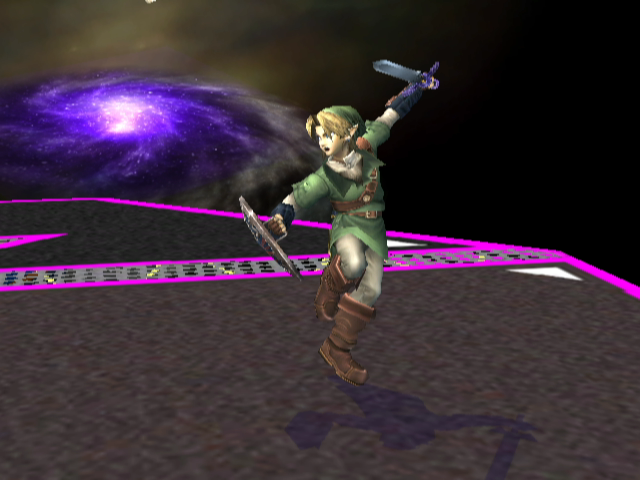 One of the 12 original fighters and a Nintendo fan favorite, Link goes into Project M armed with his trusty tools of the trade, and a few new tricks as well! Previous Smash incarnations have not been kind to Link, but longtime fans of the character should be pleasantly surprised by the Project M version.


Link's primary strength lies in his ability to zone other cast members. Three out of four of Link's special moves – his bow, his boomerang, and his bombs – are projectiles that have vastly different utilities, can be used at a variety of distances, and can all be out on field simultaneously. This creates a maze of hitboxes that can be very difficult for some characters to traverse through! Should the opponent bypass those items, Link's Master Sword has reach comparable to Marth's Falchion blade, and has significantly more power behind its strikes.


Overall, the Project M development team is confident that by using Melee Link as a template and giving him minor speed and power buffs, this incarnation of Link will be the best seen in a Smash game to date. 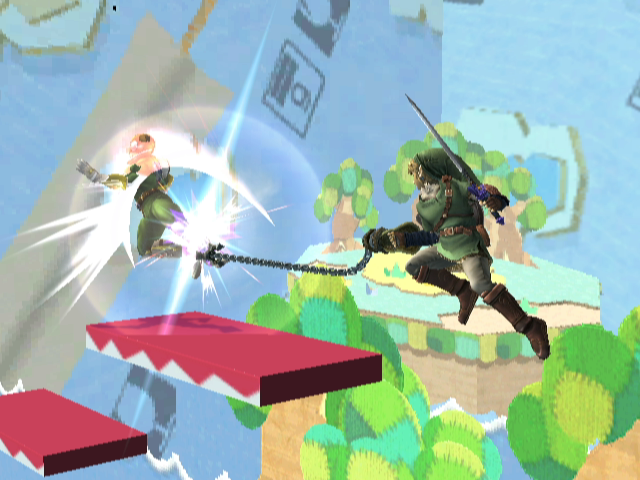 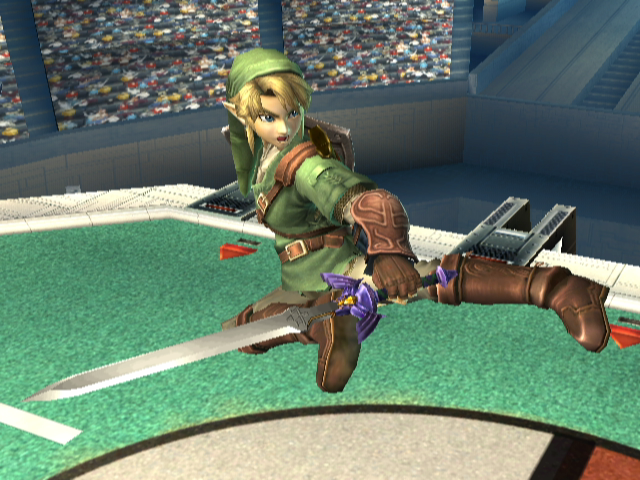 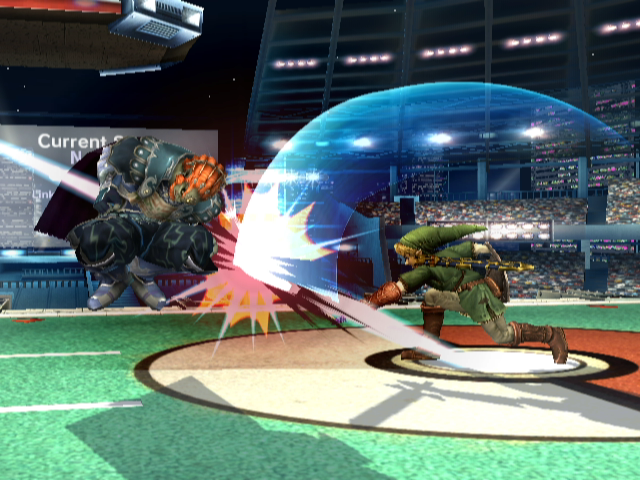 Most of Link's normal attacks have slight speed and power increases. For example, Link's Dash-Attack and Down-Smash both have sooner IASA frames so that they can be acted out of sooner and are generally less unsafe to use on shielded opponents. Link's Forward-Tilt has been speed up to match Young Link's Forward-Tilt, making it extremely dangerous. The Up-Smash has been sped up as well so that the three slashes can link together better.


There are more of Link's attacks that have been fine-tuned in speed and power. Though they aren't apparent to Link newcomers, veterans of the character should notice and appreciate these small buffs. 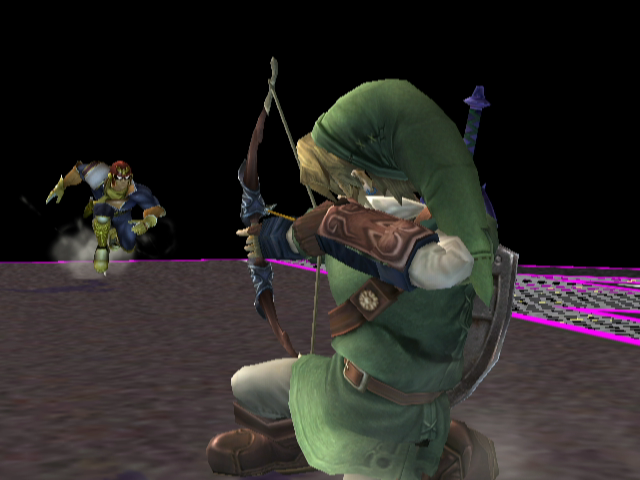 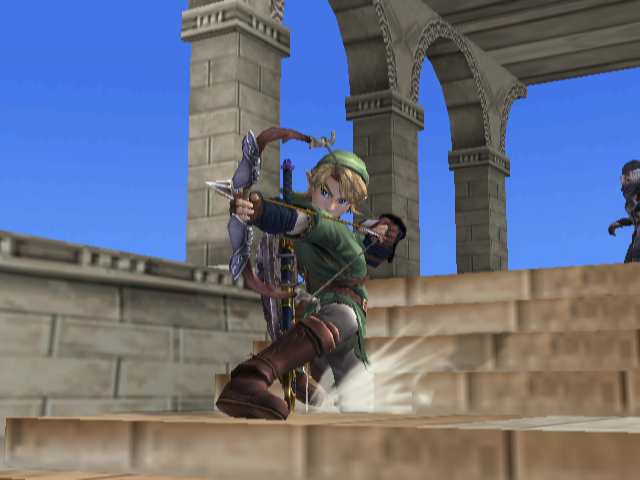 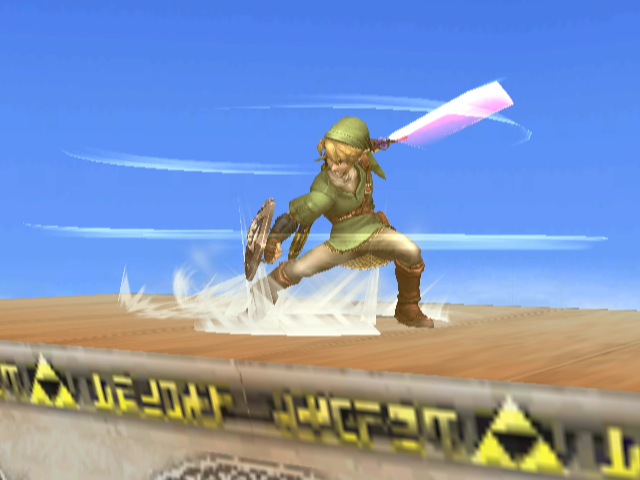 All of Link's special attacks have underwent some kind of change from their Brawl versions, some changes harkening back to the older games while others are completely unique. Link's Hero's Bow has its charge speed increased by 33%, its knockback increased, its knockback angle changed to send at a much more horizontal angle, and it even retains its Brawl trajectory. This makes the Hero's Bow useful as a move to get opponents off of the stage, or to keep them from coming back on, for the sharpshooting Link. Link's bombs are reverted to the Melee version, giving the knockback and trajectory of Melee bombs. The Gale Boomerang concept was done away with entirely, being replaced by a Boomerang that is also fairly close to his Melee incarnation. Finally, the single biggest change made to Link is his Spin Attack. The grounded version hits like the Melee version of the attack, with a strong initial hit and the weak hit sending at a semi-spike angle! 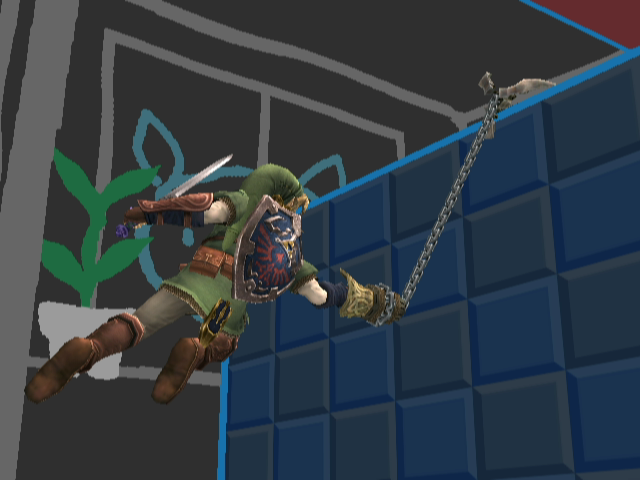 Just because Link has an improved Up-B doesn't mean that he has an easy time back to the stage. On first glance, Link doesn't seem to have an impressive recovery. However, he has a plethora of options and advanced techniques he can use to reach the stage, which most new players won't be familiar with. It takes a very crafty player to be able to correctly use all of Link's tools.


Besides his Up-B and Clawshot, Link can also use his bombs to recover using a technique called the Bomb Jump. In Melee, Link could Up-B into his bombs while rising. Not only did the bombs' trajectory send him upwards, but it would refresh his Up-B for a second use offstage. This technique is performed slightly differently in Project M. Link can now Aerial Glide Toss his bombs upwards and then Up-B into the bomb! With these more advanced options plus his basic set of recovery options, Link can get a lot of mileage out of what at first appears to be mediocre recovery.