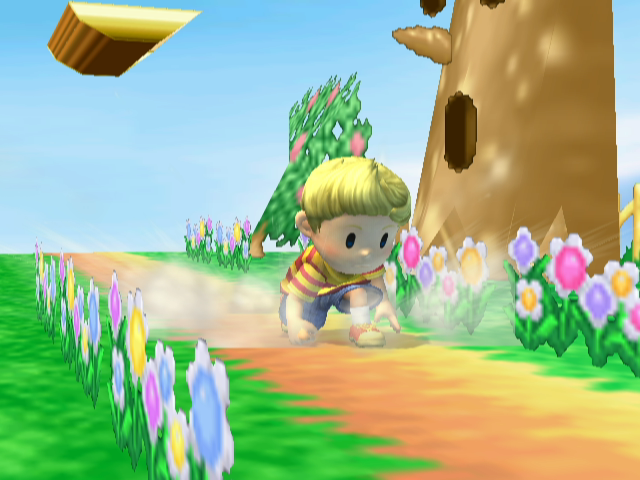 In the previous demo, Lucas was a very middle of the road character: he had decently powered attacks that were fairly fast, and both his ground game and aerial game were adequate, if not spectacular. Unfortunately, a lack of notable strengths relegated him to the realm of average. To rectify this, he has since received a top to bottom revamp, strongly refocusing him towards concentrated pressure via Double Jump Canceling, fast combos, and flashy finishers. In return he's lost some of his strong recovery - Zap Jumping is a thing of the past. Not that he's helpless when returning thanks to his tether and his PK Thunder.


Despite a rocky start in Project M, Lucas is now poised to become the eye of a psionic storm! 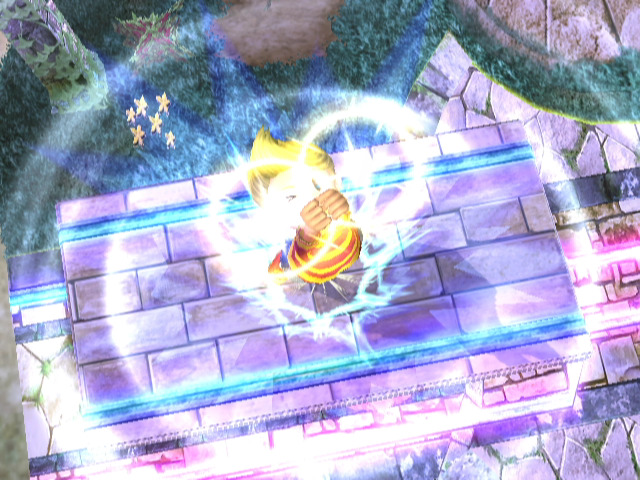 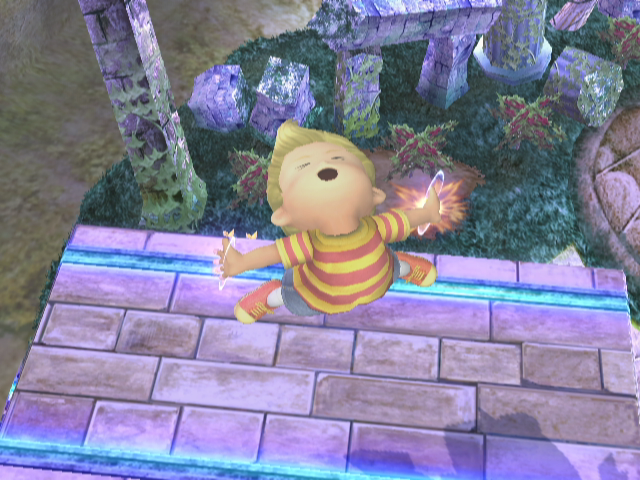 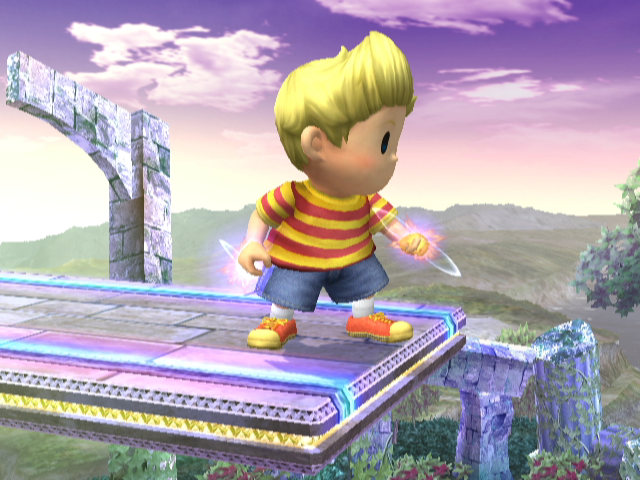 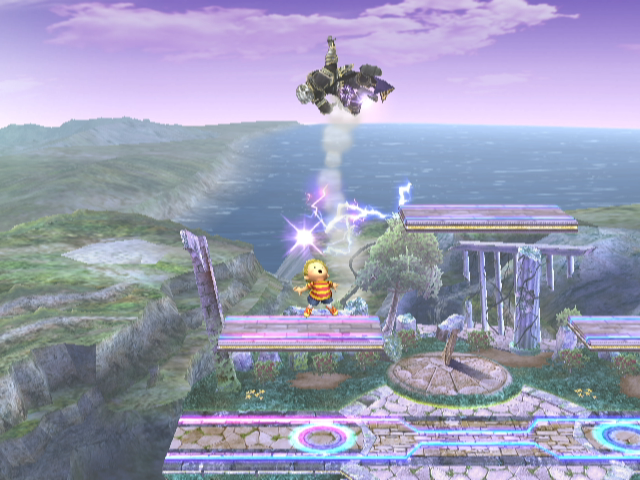 Lucas' neutral special is no longer PK Freeze. This new special move plays much more to Lucas' strengths by making his already effective smash attacks even deadlier. When the B button is pressed, Offense Up begins to charge not unlike Samus' Charge Shot or Donkey Kong's Giant Punch. After a few moments, Lucas's hands glow with power and the next smash attack that he performs deals greater damage, shield damage, and knockback. Similar to other charging Neutral Special moves, Offense Up can be cancelled in the middle to retain the current level of charge, though Lucas' smashes will remain at their normal power until the full charge is complete. If you are accurate with this power, it'll serve you well - Connecting a hit with Offense Up will not expend the charge! Punishing predictable opponents has never been so satisfying!


For fans of PK Freeze, the PK Freeze graphic has been moved to Lucas' side special, replacing PK Fire. It still functions similarly to Brawl's PK Fire but has a cool new look.

As a fellow Psychic combatant, Lucas has gained Double Jump Canceling. This was a special technique few characters could perform in Melee such as Yoshi, Mewtwo, and yes even Ness. The development team thought it was only proper to let Ness' successor inherit this. However, it works slightly different from how it did in Melee. When using his second jump, if Lucas holds his jump button while an attack is being performed, he will attack while continuing to use his full double jump – but if he releases his jump input before an attack comes out, he will cancel the double jump and drop immediately. This allows quick transition from Lucas' aerial game to his ground game without interfering with his ability to chase opponents into the sky. Former players that used Double Jump Canceling characters should soon find themselves with a very powerful and familiar tool at their fingertips if they choose to play Lucas. 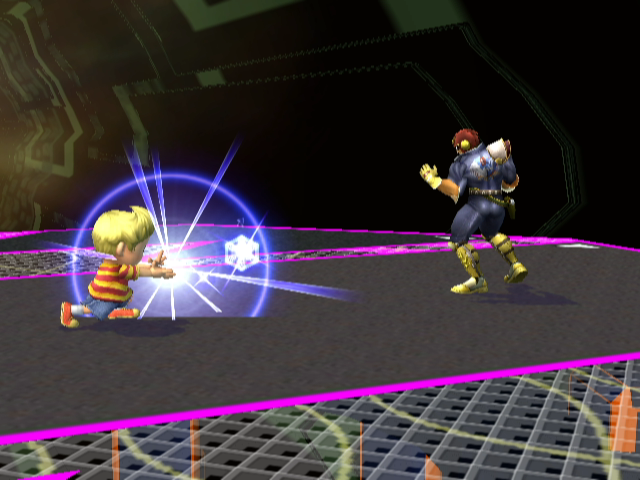 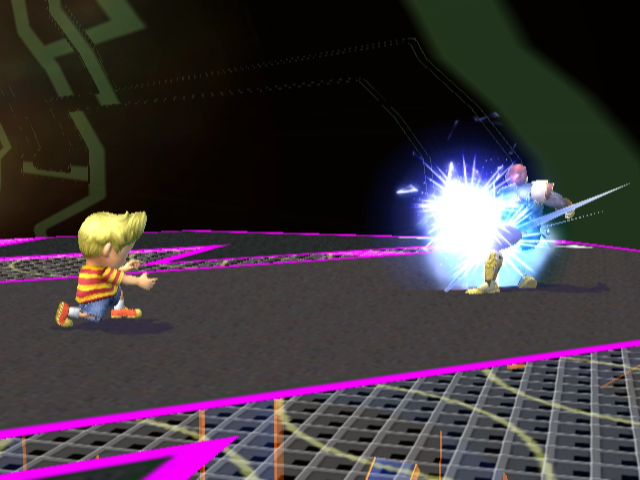 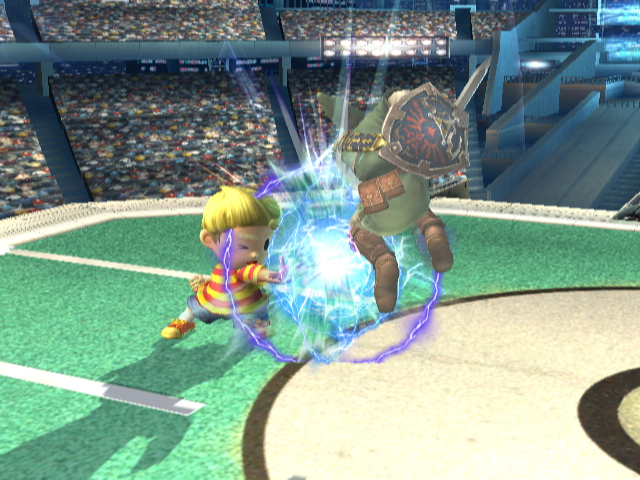 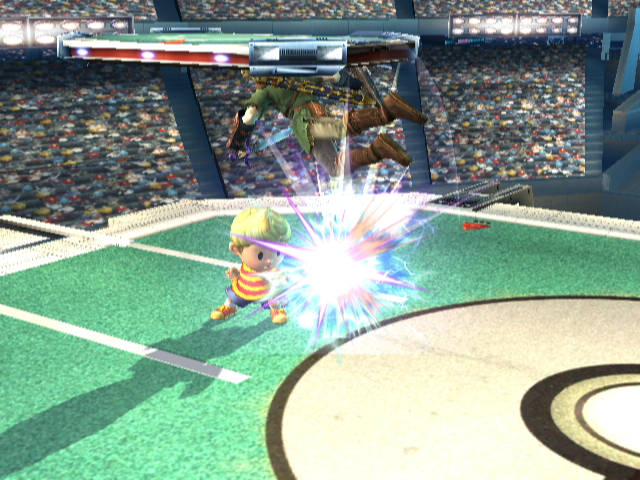 In his newest incarnation, Lucas has been blessed with a plethora of reliable launchers. From his jump-cancelable Psi Magnet, brand new Up-Tilt flash kick, lightning fast Forward-Aerial, to his Down-Throw Lucas is never in want of a combo-starter. From there he can juggle effortlessly with Up-Aerial , Forward-Aerial, or Down-Aerial, or finish the combo with his powerful flip-kick Back-Aerial. And once he has them back on the ground, Lucas' tech-chases typically end with a fatal smash attack - try a Dash-attack Canceled Up-Smash for maximum satisfaction. And although the majority of Lucas' kill power is focused in his smash attacks, his Back-Aerial remains a powerful spike!