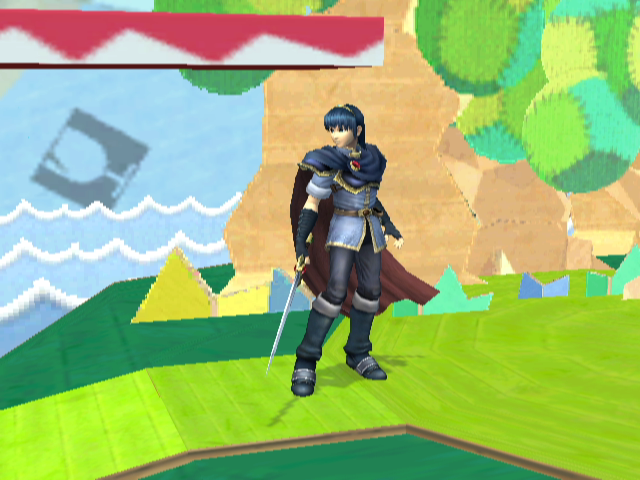 The sword-wielding, tiara-wearing prince from Fire Emblem returns to his fearsome Melee form in Project M!

Brawl Marth may be all about Forward-Air camping and grab release shenanigans, but this Marth is about tech-chasing, edgeguarding, and of course, Ken combos. He has all the tools that made him top tier in Melee, and that means that despite his girlish appearance, he is no prince to be trifled with. He is a combo and pressure fiend, and though the spacing is tricky to master, an early tipper Forward-Smash can change the tide of a match. 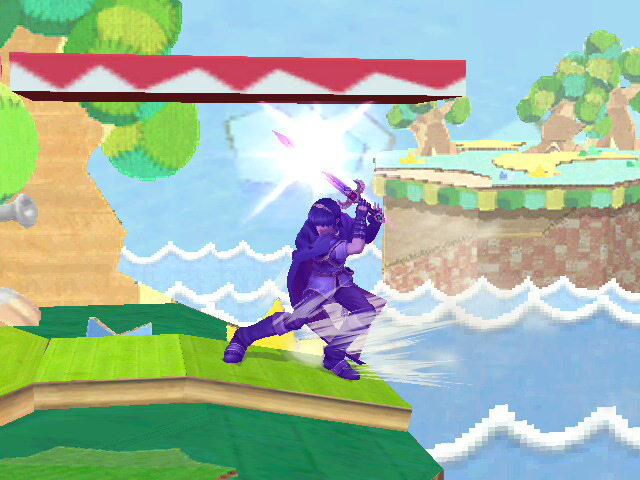 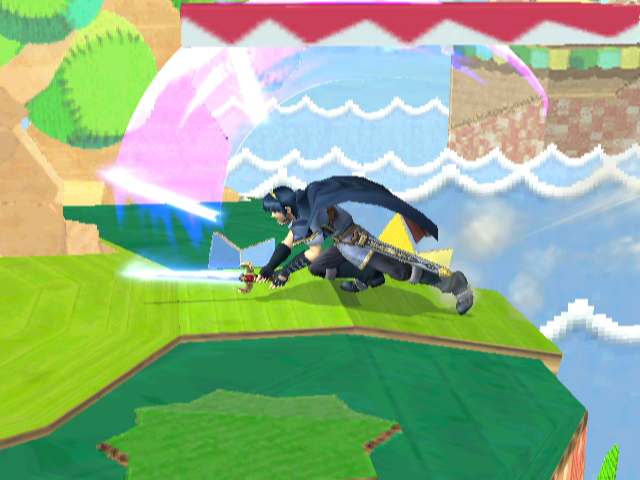 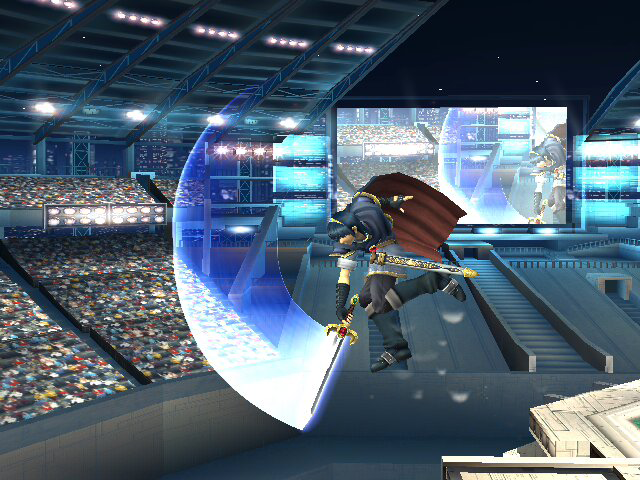 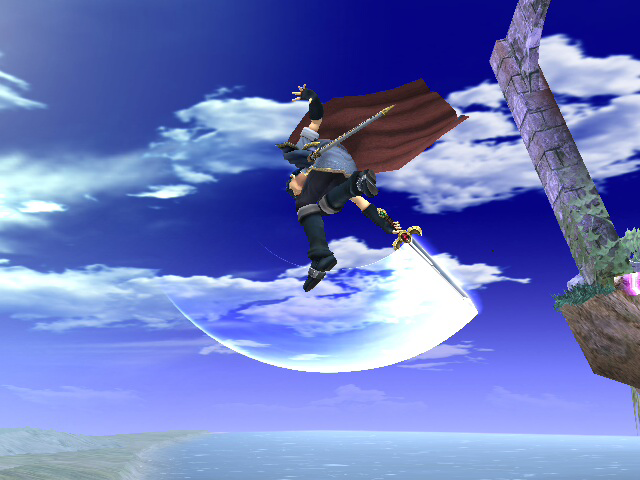 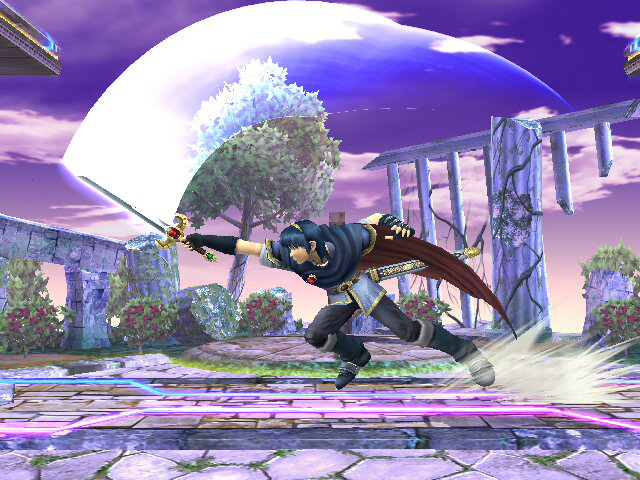 He held his sword differently in Brawl, but his Melee range is now restored. This was a critical change, because few characters are defined by their spacing and range the way Marth is. This includes his legendary grab range as well. Space animals beware! Marth shows no mercy on flat stages.

His Melee Shield Breaker returns, complete with remade animation and Melee stats. Don't shield carelessly against Marth or you may find yourself dazed and confused. 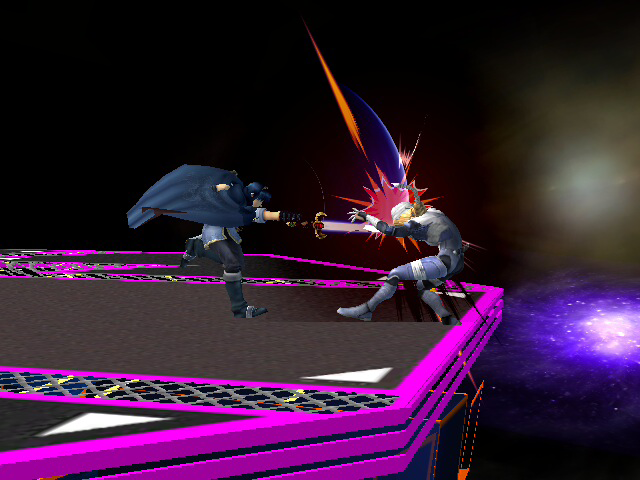 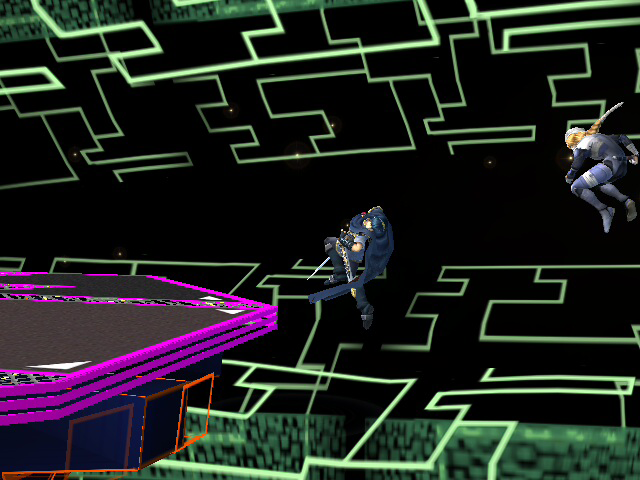 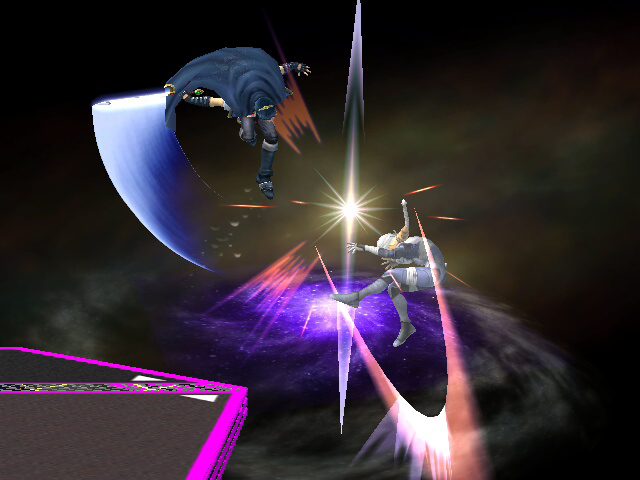 Marth was known for his deadly combos in Melee. Marth is back in full force, meaning his combo game is just as good as it was before. Juggle faster-falling opponents with a combination of Up-Tilt, Up-Throw, and Up-Air and finish them off with a tippered Forward-Smash. String Forward-Airs together and end with a Forward-Smash or a Down-Air, as pictured to the right.