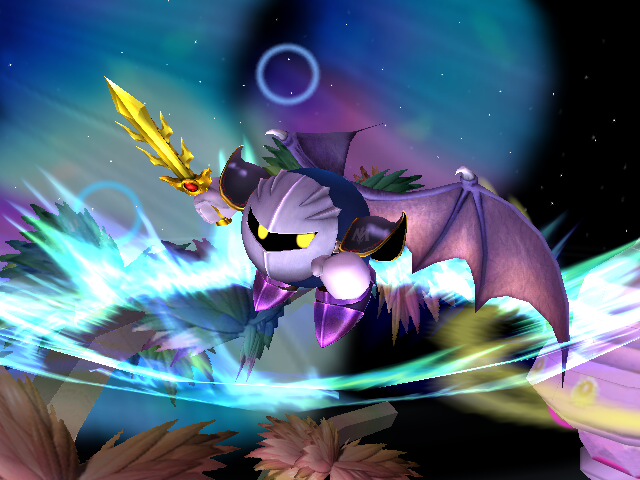 Beware! The most controversial character in the Smash series now arrives to Project M. It is no surprise how Meta Knight has dominated the Brawl tournament scene with his unrivaled speed and agility. Meta Knight’s power has carried very well into the Project M universe, and can easily stand along side the ranks of the Melee top tiers. The team has chosen to respect what has allowed Meta Knight to thrive while removing his unpleasant qualities. 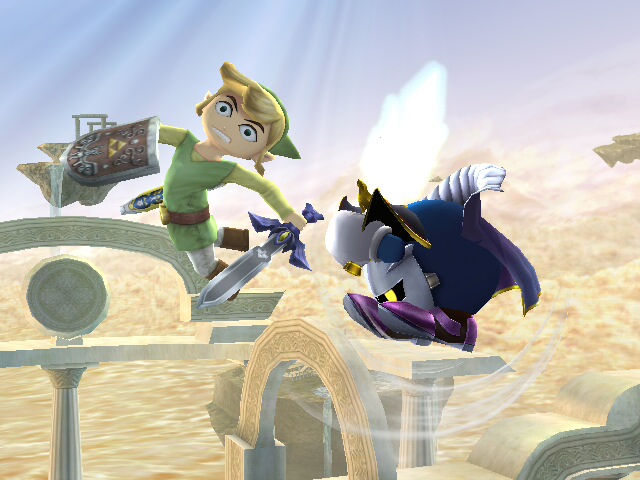 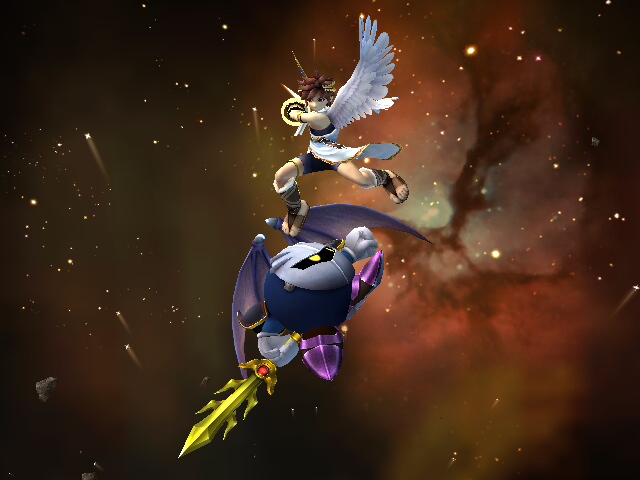 Meta Knight’s air combat remains mostly unaltered; the galactic warrior still fights swiftly in the air, yet he is capable of fighting much more aggressively. Neutral Aerial is still a versatile option, providing Meta Knight with a tool to approach, defend, and edge guard opponents. His Back Aerial is now a single strike that snaps decisively, giving Meta Knight a deadly aerial KO option as well as a combo finisher. Up Aerial continues to be a solid juggle option, but is no longer quite as forgiving when poorly timed. Lastly, Down Aerial has been tweaked to have a higher knockback angle and more end lag...it won't be as useful as Neutral Aerial for edgeguarding opponents, but its still a great tool for controlling the space below him! 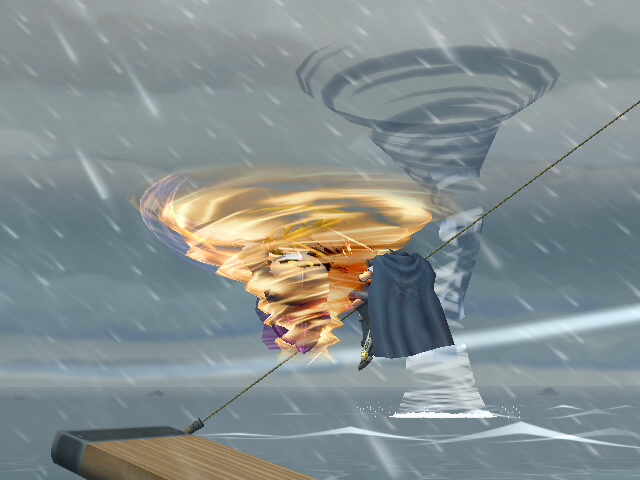 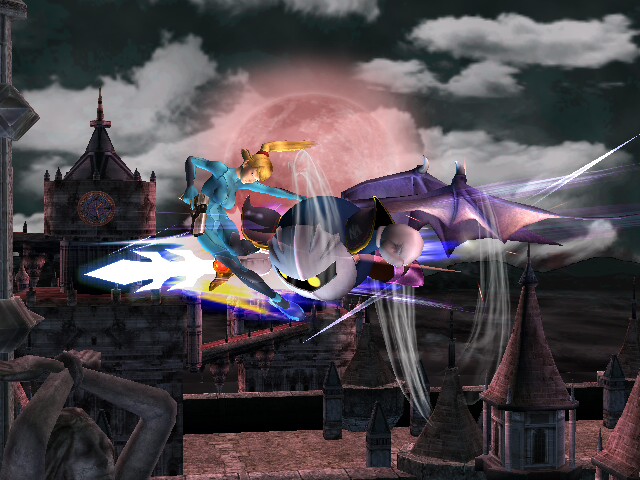 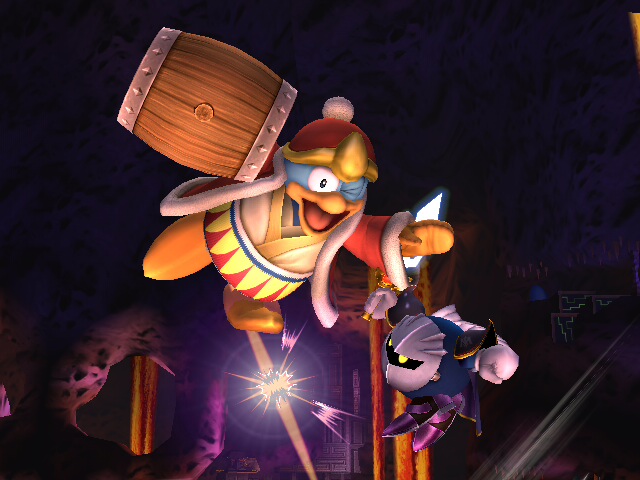 Meta Knight’s Mach Tornado duration has been cut, and its velocity has been decreased, but Mach Tornado still remains a vital tool for recovery, a combo option, and even a situational ceiling finisher. Drill Rush’s travel distance is now reduced, taking on a more combo-oriented function. With its short start up, Drill Rush can be performed to pop opponents into the air to set up additional juggle options. Shuttle Loop has a tighter range in execution, no longer being a convenient horizontal KO tool and instead becoming a vertical aerial finisher. The glide out of Shuttle Loop functions as a secondary attack option in the air, as well as Meta Knight’s most significant recovery option. Shuttle Loop will now only go into a glide once per airstate, however...choose your recovery options carefully! 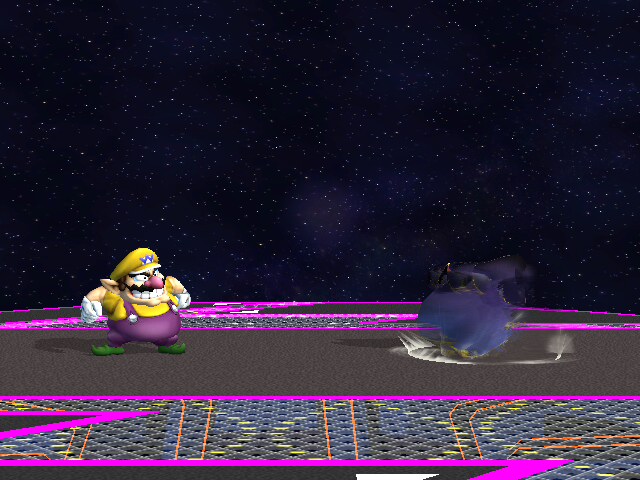 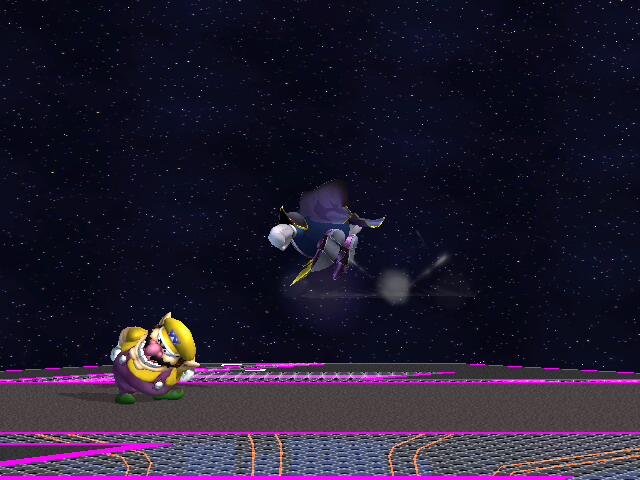 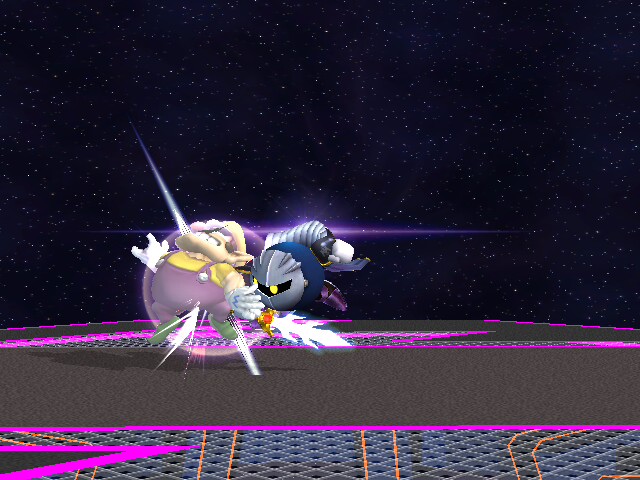 Dimensional Cape now provides multiple effective uses, significantly adding to Meta Knight's arsenal. A flick of the C-Stick mid-teleport will have Meta Knight strike instantly, making for a visceral combo finisher on the ground or air, while holding Dimensional Cape for its full duration before slashing will result in an even more prominent KO attack. When used in mid-air, Meta Knight now has the option to perform his aerial attacks out of it, providing more versatile usage of the move. Dimensional Cape has a flexible range of uses for recovery, either by slipping past opponents, or delaying in the air. However, it will rob Meta Knight of all his jumps when used, so use it wisely. Dreamland’s mightiest warrior has taken heavy losses but received powerful gifts for the world of Project M. There are high expectations for players who choose to control him.