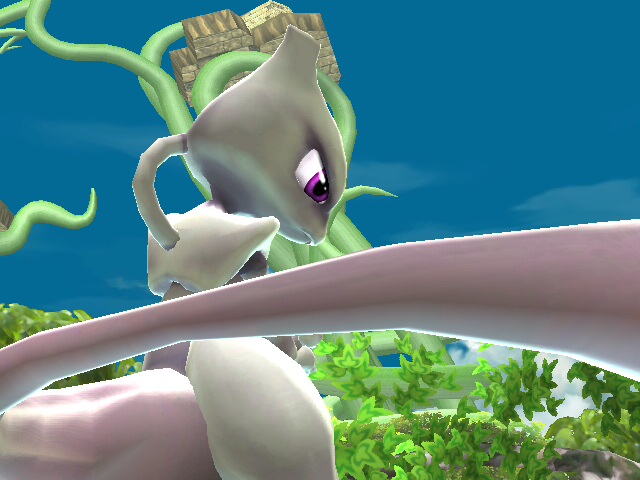 Mewtwo Psystrikes back with a nostalgic moveset that was ported from Super Smash Bros. Melee! In order to keep up with Project M’s hasty and dynamic environment and better fit his character, some of Mewtwo's stats received some tweaking. Some examples include decreased aerial landing lag, stronger attacks, a weight increase, and improved dash speed. Mewtwo’s elegant movements were preserved through our animators’ hard work. Not only are his organic actions retained, they're improved in some cases, and made to better fit in with Project M's environment.


In Melee, Mewtwo struggled in approaching his opponents, so he was forced to play defensively with Down-Tilt spacing and Shadow Ball zoning. Now that Mewtwo has enhanced attributes, he can advance with more creative solutions! 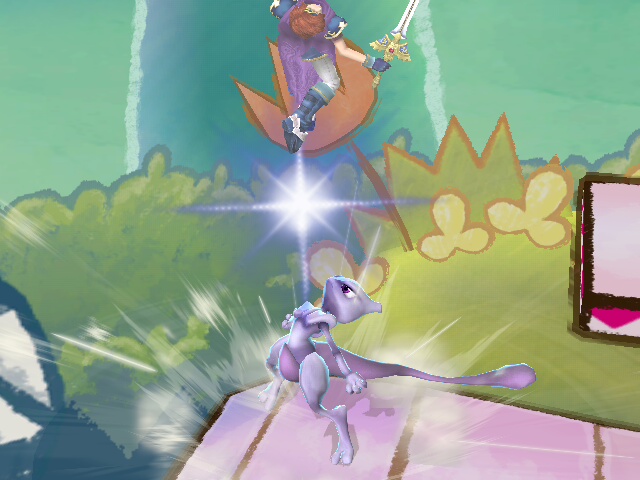 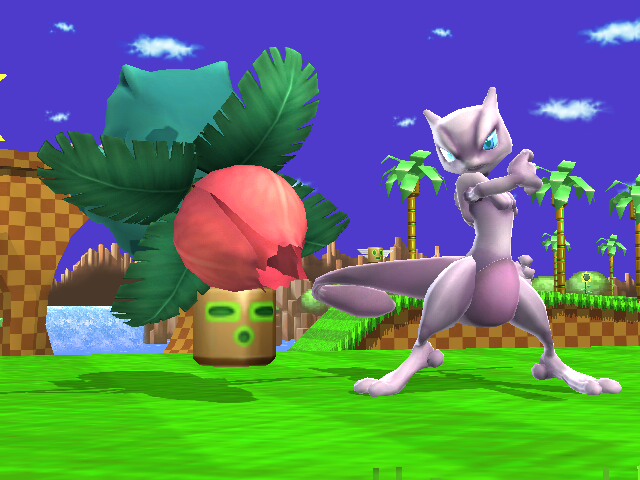 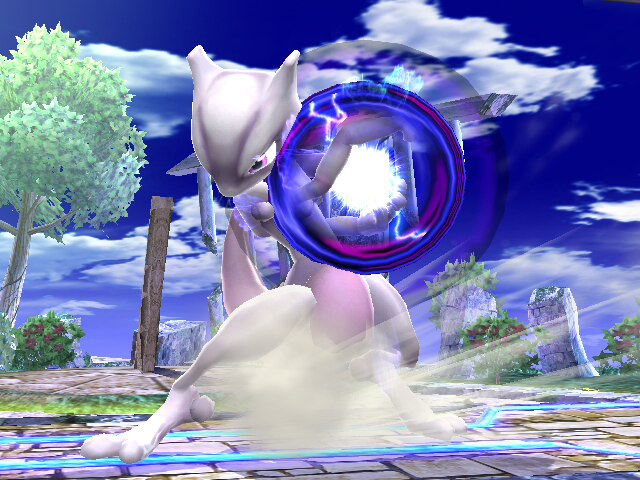 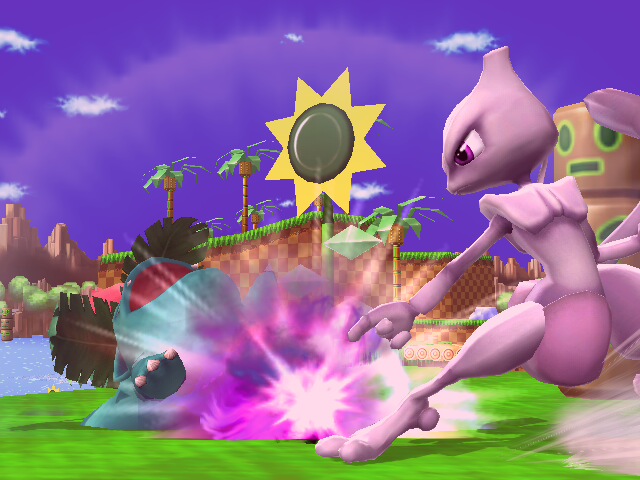 Every single attack that Mewtwo had at his disposal in Super Smash Bros. Melee has been restored and improved upon in Project M! His Side Special, Confusion, is now larger and is a better setup for combos since foes will now be sent into tumble afterwards. Confusion also reflects projectiles! Even his uncharged Shadow Ball packs quite a punch, enabling you to better use it to harass distant foes. Also, his staple moves such as Down-Throw, Down-Tilt, and Up-Throw have been restored to their former glory. 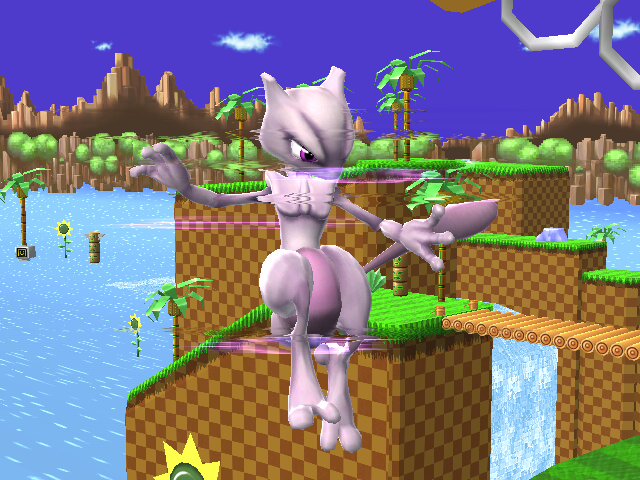 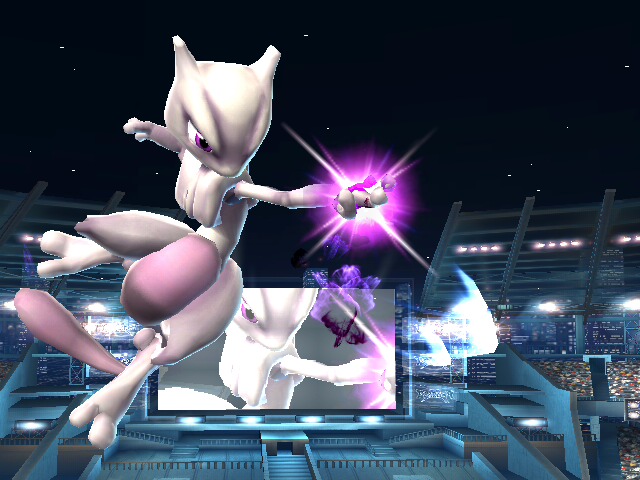 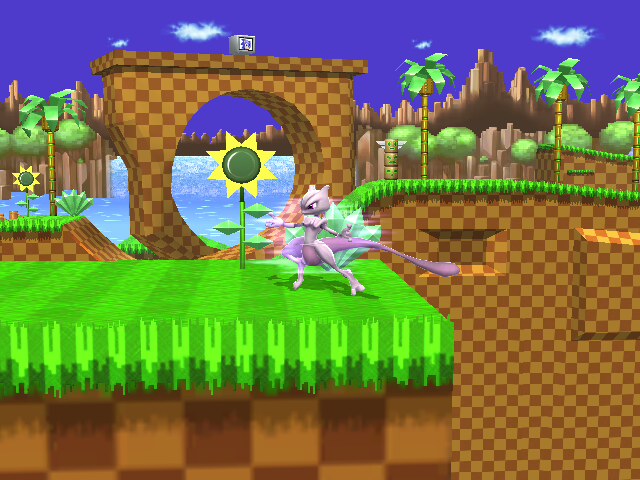 Mewtwo had arguably one of the best recoveries in Melee due to how flexible Teleport was in tandem with minimal Landing Lag. In Project M, Mewtwo has new-found uses for Teleport; as long as Mewtwo still had his double jump, he can act as normal afterwards! Mewtwo is now capable of performing anything out of Teleport except for Air Dodge. Incorporate this advantage to your game plan for superior mix-ups, combo-strings, and approaches! 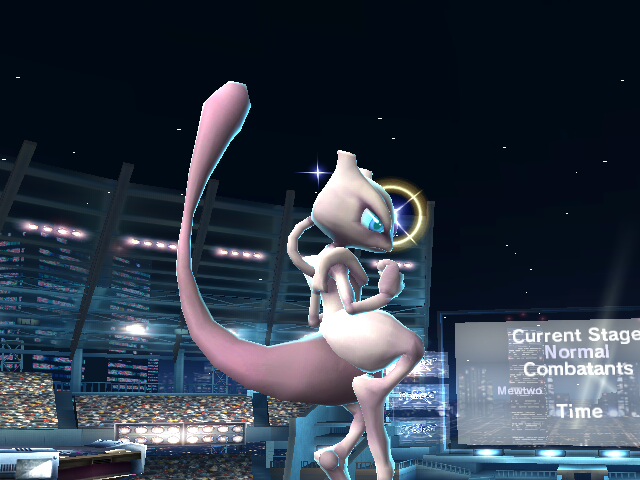 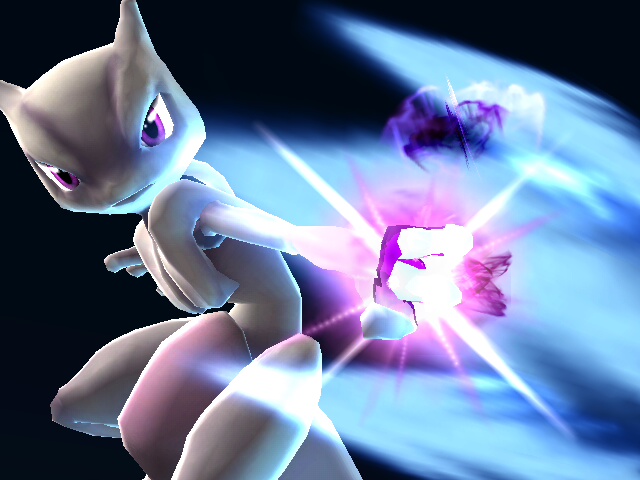 Mewtwo can now hover with the use of his psychic powers! Similar to Princess Peach’s Float, you can start hovering the moment you take flight. While the inputs are familiar, the rules are different; unlike Peach, Mewtwo has the ability to hover in all directions. However, Mewtwo can only hover from his first jump, the duration of hover is drastically shorter compared to Peach’s Float, and hover will deplete your midair jump.

Use Hover as a way to lead attacks and extend combos! When you perform a Hover Cancel (inputting an Aerial during Hover and interrupting the attack by landing), you will be left with significantly decreased landing lag, similar to Peach’s Float Cancels. This gives Mewtwo new methods to help string attacks together and makes his air-to-ground game more fluid.