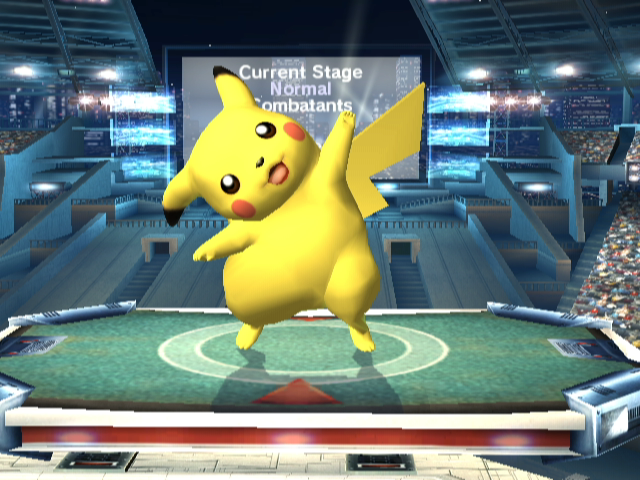 Surely an electrifying addition to Project M's roster, Pikachu was known in Melee as being a very fast character who is able to make up for a lack of range with pure speed and agility. Naturally, in Project M his Melee self has been accurately restored, from animations to hitboxes to physics with a few buffs here and there to boot.

Needless to say, Pikachu is ready to make his mark by showing what he's all about in Project M! 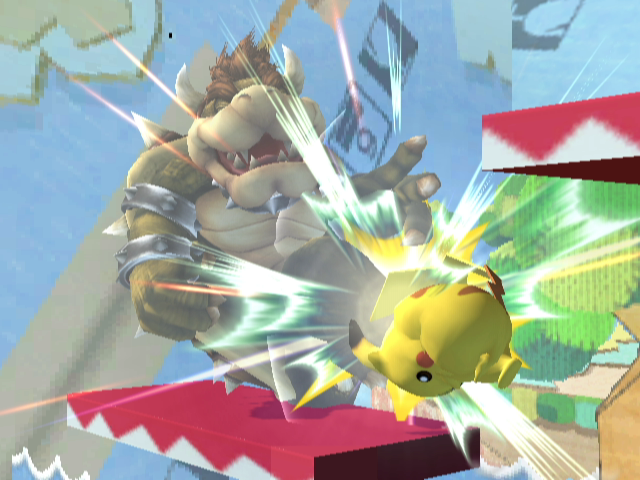 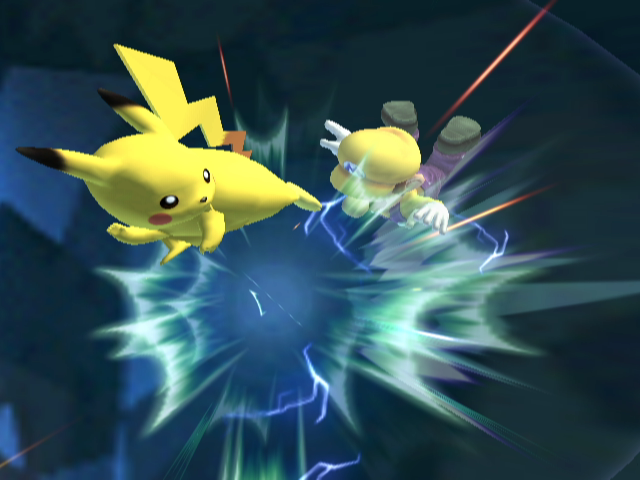 One of Pikachu's greatest strengths is his ability to attack with multiple aerial attacks in a short amount of time. His Neutral-Aerial is somewhat strong and a great approach and combo move. His Up-Aerial has been given back its notorious tail-spike and vertical juggling capability it had in Melee. Pikachu's electric aerials - Forward- and Down-Aerial - have also been brought back to their Melee counterparts. Additionally, fans of Smash 64 Pikachu will be happy to see that Pikachu has received his Back-Aerial from that game. 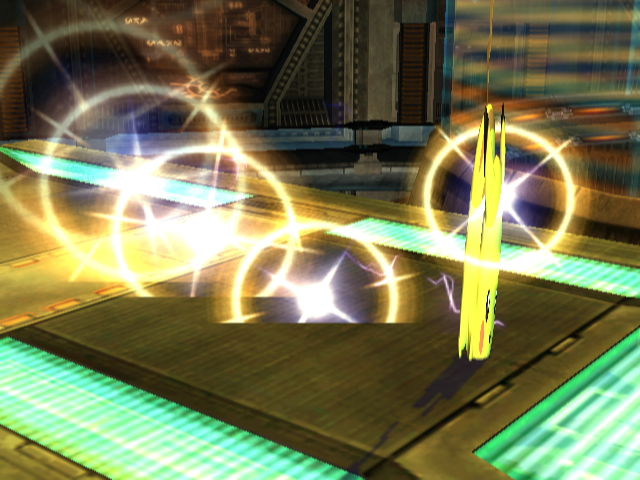 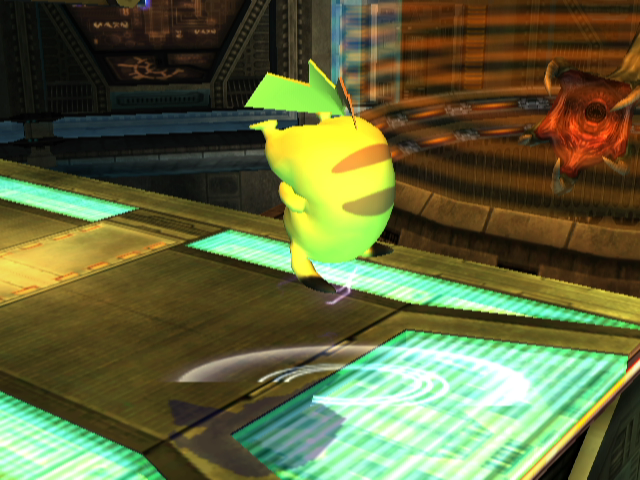 Pikachu's main improvement over his Melee build is the ability to do anything you could do in the air for a short time after Quick Attacking into the ground. Although he is limited to QACing only the first burst in his upB and it requires some technical finesse, this allows Pikachu to move at great speeds and traverse platforms as a new approach or retreat option. It's even possible to hit an opponent with Neutral-Aerial or Waveland out of Quick Attack Cancel! 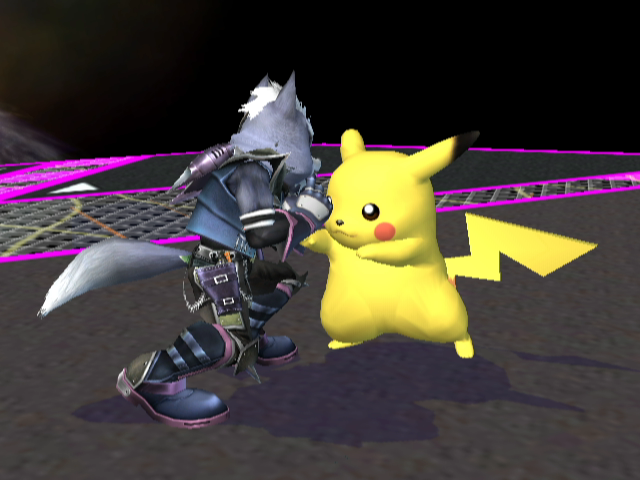 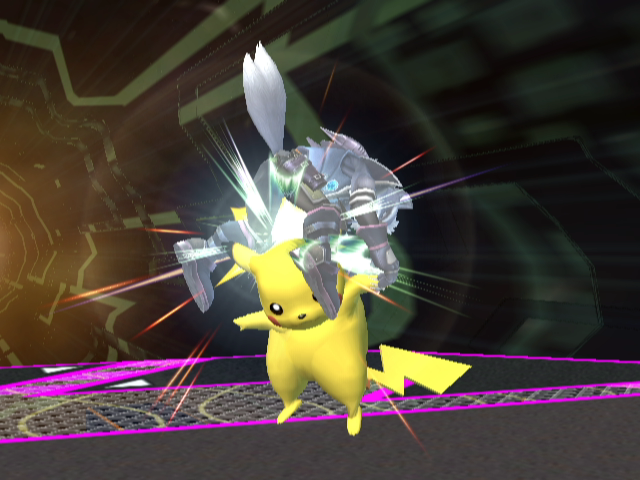 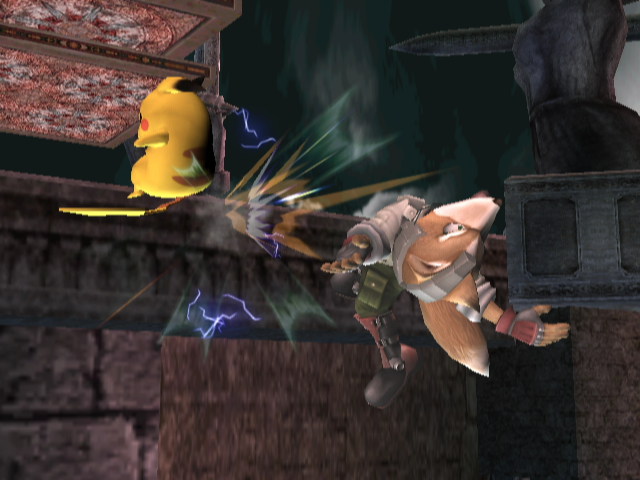 Thanks to his great speed, Pikachu is able to combo opponents extremely well. Like in Melee his Up-throw is a great setup throw against faster falling opponents. Pikachu's Down-Throw is also a reliable setup for a Neutral-Aerial or Up-Smash at lower percentages. Additionally, Pikachu is a fearsome opponent to face at the ledge. Thunderjolt is a great edgeguarding tool against opponents recovering below the ledge, and Pikachu's Up-Aerial spike is very effective for those who have mastered its spacing.