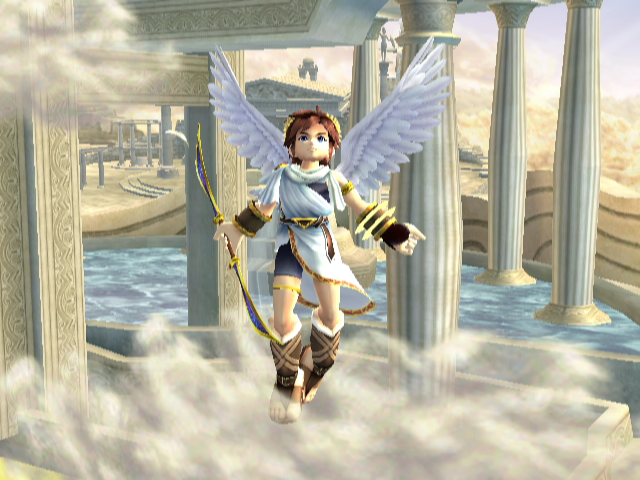 Bursting into Project M with a flurry of arrows and feathers, the fair-faced angel of Palutena is ready to met out his own brand of divine judgement. Like many Brawl characters, Pit's meta-game was evasive and defensive - and although care has been taken to preserve his unique flavor, much has been done to balance out his defensive nature with threatening offensive capabilities. As a result, Pit can switch effortlessly from holding an opponent at bay with his Arrows of Light to soaring in and dismantling them with Palutena's Bow. Just when you think you've got him cornered, Pit will surprise you time and again. 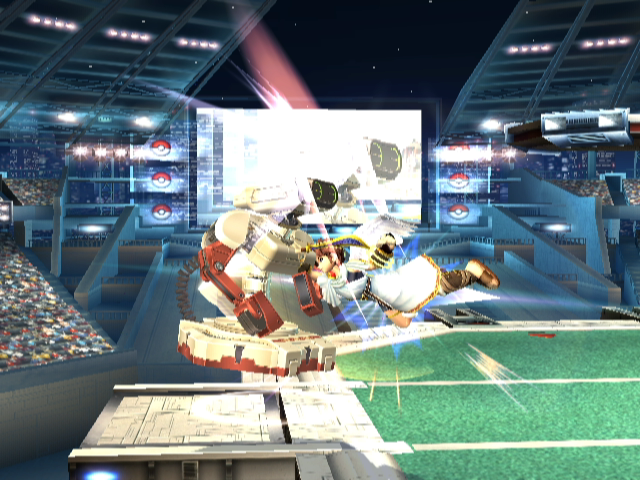 The most dramatic change is the removal of Brawl's Angel Ring and repurposing of his signature recovery move. When a player uses Pit's Side Special, rather than spinning his bow around and yelping like an undisciplined toddler, Pit will use his wings to launch forward into a command-glide: Wings of Icarus. This glide has a high initial velocity, but quickly settles at a lower speed, rendering it good for close use as an approach or combo linker, however, telegraphed when used from a distance. Pit's glide is unusual in that he has many options out of it. He can do any aerial out of a glide, jump, or perform a glide-attack, which is now a potent combo move. You may only use Wing of Icarus once in midair. Be aware that trying to use Wings of Icarus more than once while airborne will send you into Special-Fall, and if you get hit out of it once, you will not be able to glide again until after reaching the ground. Also note that Pit's old glide performed after a mid-air jump has been removed. 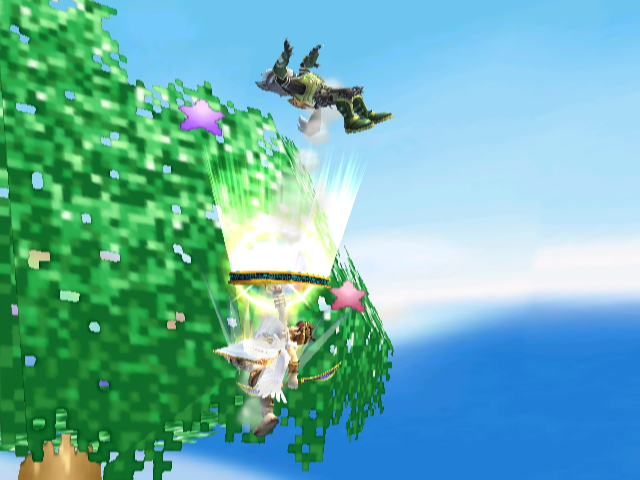 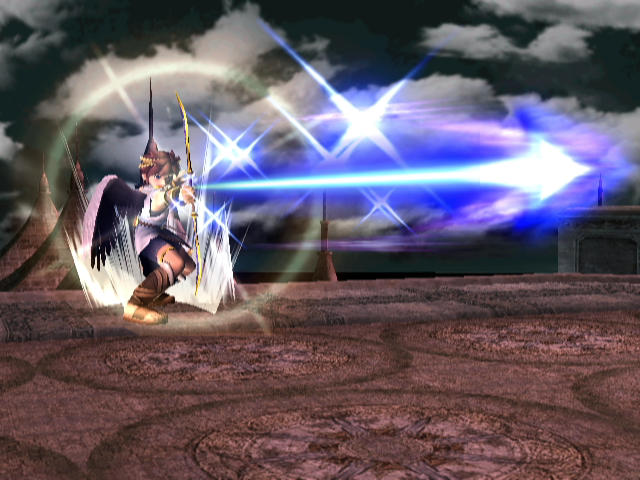 Of course that's not the only dramatic change to Pit's specials. His Up Special is now Shield Bash, an auxiliary recovery move that has greater purpose as a powerful aerial finisher. When initiated, Pit will swing his mirror shield above him in a powerful attack while leaping upwards. Although the move's recovery utility is greatly diminished from Brawl's Wings of Icarus, it's still a useful option when returning to the ledge. It's often hard to land the killing blow out of the blue, but Pit has a number of ways to combo into it, making it overall a dangerous KO move. The grounded version of the move may not kill, but it is still a quick and damaging Out-of-Shield option.

Pit's Neutral Special, Palutena's Arrows, are mostly unchanged in concept, but now possess several nuances in use. They do very little damage and knockback from a distance, yet remain fairly potent up close. Hence, while you can run away and try to play extremely defensively, it's often better to be more passive aggressive and stay in a threatening mid-range position. As in Brawl, arrows can be shot very quickly and the player has great control over their trajectory, rendering them an excellent projectile. Pit also retains the ability to charge them for greater strength, although in Project M the arrow's Hit-Stun increases far quicker than the damage. They can be used to start Tech-Chases, continue combos, harass the opponent into approaching, Edge-Guard, amongst other uses. 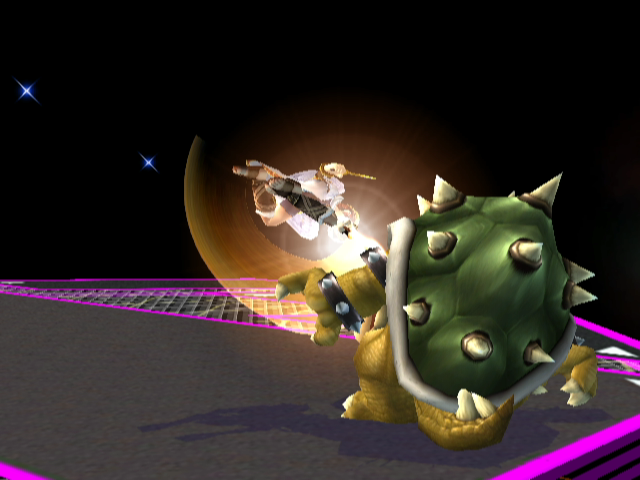 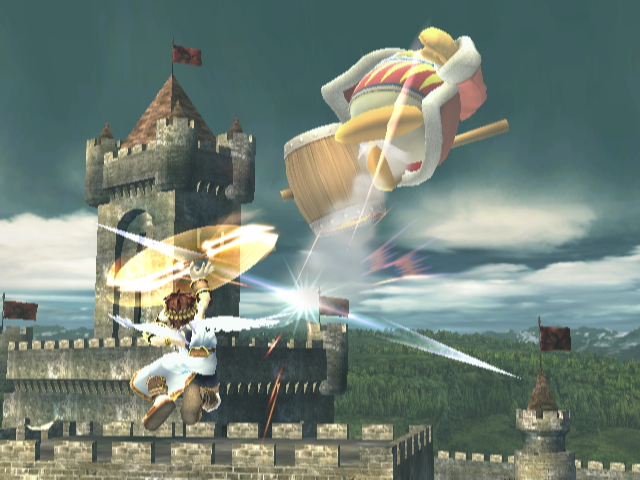 Pit's present from Palutena doubles as a potent melee weapon. In Brawl, Pit was known for having fast, safe normals with average power - a description that also describes his Project M incarnation. However, his bow blades have an additional quality - similar to Roy from Melee his strikes possess more power at the base of the blade than the tip. This gives Pit players an interesting choice - to press in close for that extra punch, or play it safe and space at maximum range.

Pit's aerials still form the backbone of his move-set - and now that he can freely perform them out of Wings of Icarus they're more dangerous than ever. His Forward-Aerial has excellent range and speed, while his Back-Aerial is useful for both its strength and its lingering hit-box. His Up-Aerial has been sped up and made a single-hit juggler - while his Neutral-Aerial retains its multi-hit nature. Finally, his Down-Aerial quickly covers a wide arc below him and can be followed up quite well. In addition, the old rumors of a Meteor on this move have finally come to fruition - if Pit connects with just the tip of the backswing, his victim will be sent plummeting.