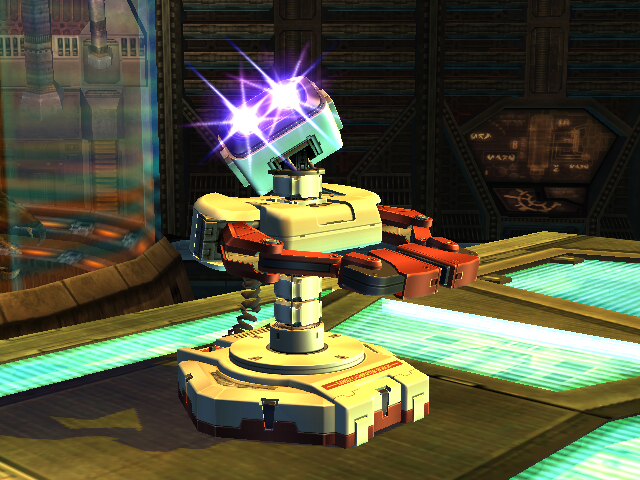 ROB is perhaps the most underappreciated new character in Super Smash Brothers Brawl. He helped save the entire video game industry, likely before you were even born, but you'd still rather have Ridley or Geno or Dixie Kong, right? Wrong! The one and only Robotic Operating Buddy has returned with a vengeance in Project M, ready to show everyone what it means to be a true legend.

In Brawl, ROB was known for his great range, exceptional recovery, fairly heavy weight, and generally being slow and plodding. In Project M, his weight and direct, mechanical nature have been emphasized to create a unique, momentum-based playstyle. ROB is both straightforward and tricky at the same time, with his robo-boosters providing sudden but linear momentum shifts, and a moveset built for spacing and crossups, perfect for throwing his opponent off-balance. 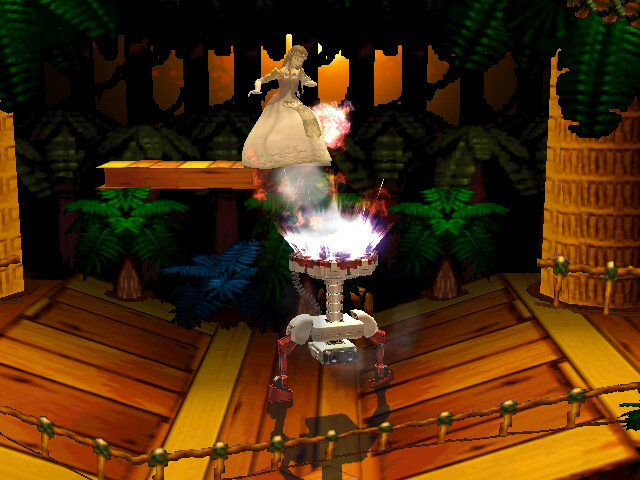 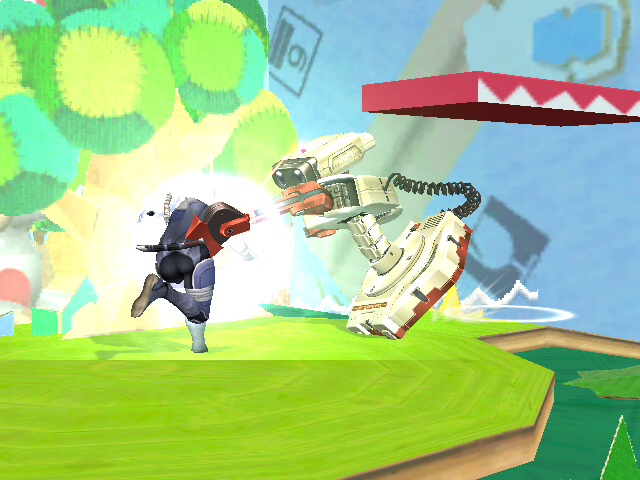 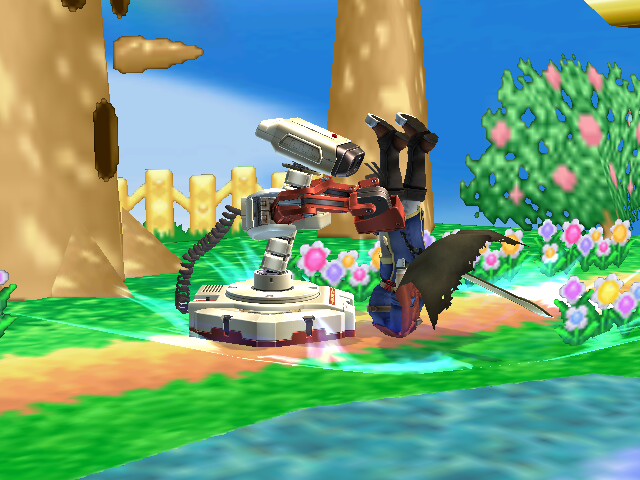 ROB's Smashes still fill essentially the same roles as they did in Brawl. His Up-Smash is still an excellent but hard-to-land killer, his Foward-Smash is still a nicely-disjointed electric-sneeze, and his quick blender Down-Smash still relieves pressure very well.

Smashes are not where ROB shines on the ground though. It is his Tilts which are second to none. His Up-Tilt comes out fast, has good vertical range, and sets up nicely for aerial followups. His Forward-Tilt is very quick for its enormous range, and his iron fist does extra damage. And his Down-Tilt knocks his opponent over so he can chase them down with his robo-boosters. It also pokes the edge like Marth's, which makes missing a sweetspot recovery quite a costly proposition for his opponent. 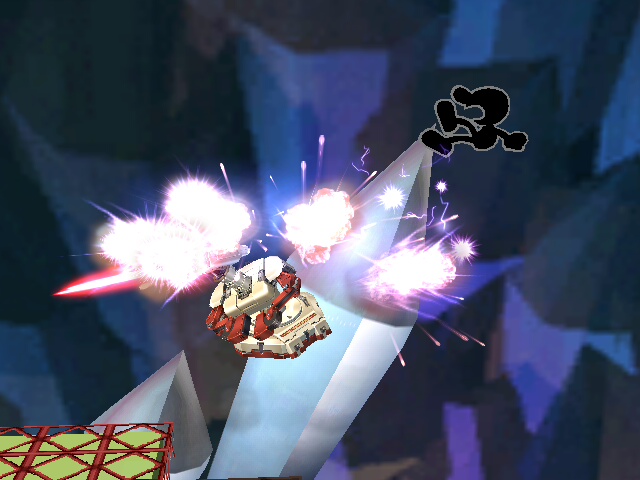 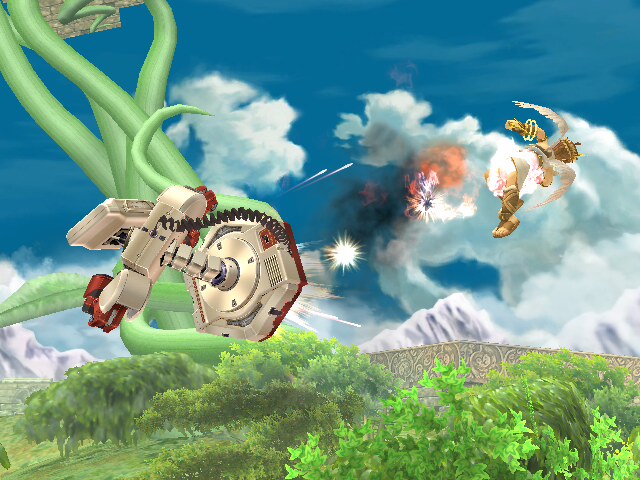 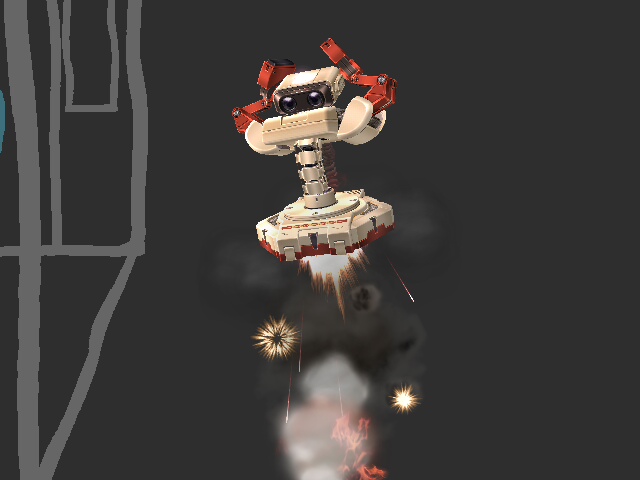 ROB's aerial attacks work mostly the same as they did in Brawl, but have been tweaked to fill specific roles and work better overall. Down-Air is still a Meteor Smash, but it is more mobile than it was in Brawl and has more flexibility. Neutral-Air is still a flaming wheel of death, very tough for ROB's opponent to challenge, and it is a great killing follow-up to his Down-Throw. Back-Air is still a low-angle lingering kill shot, which can make for a deadly (but risky) "Robo-Tackle" in combination with ROB's forward Robo-Booster. And Foward-Air, perhaps ROB's most useful aerial attack in Brawl, is even better at comboing, killing, and lingering to intercept recoveries.

ROB's Up-Air, however, has been overhauled to fit better in his Project M playstyle. It is an eyeblast, similar to his Forward-Smash, but it arcs over his head, not unlike Captain Falcon's Up-Air in both coverage and function. The arc is wide enough to cover an entire Battlefield platform. In tandem with his forward Robo-Booster, it can combo ROB's opponent right off the stage. It is also ROB's most disjointed aerial attack, making it the safest when spaced well. It may not have Neutral-Air's outright kill power or Forward-Air's versatility, but it does fill a unique role that complements his Robo-Booster very well, and makes other characters fear to be above ROB. 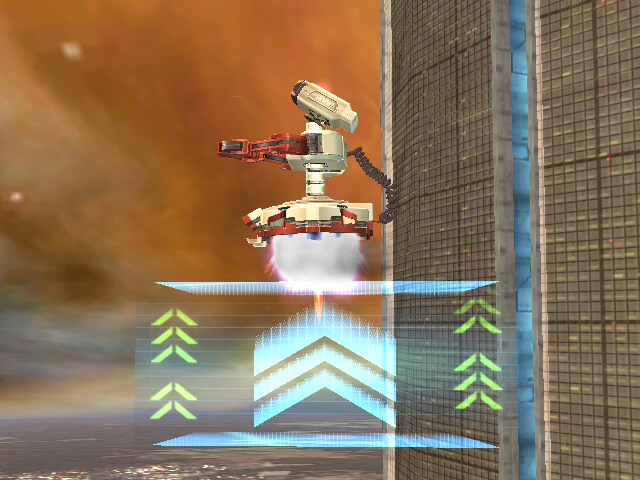 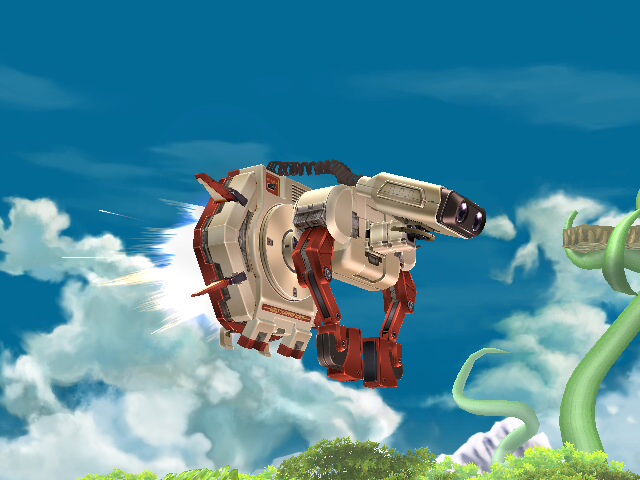 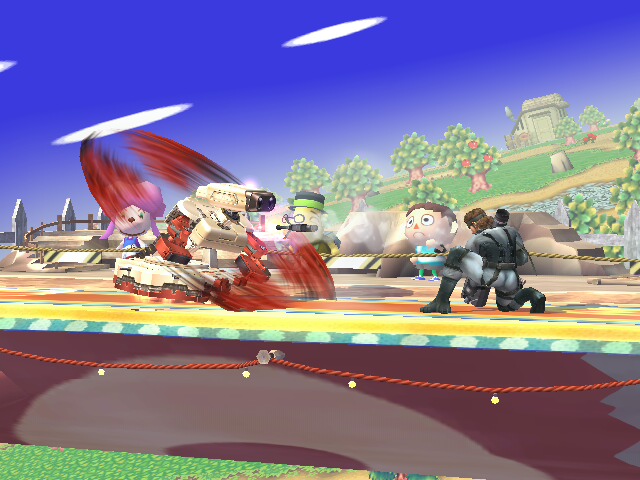 ROB has a brand new method of aerial movement. Inspired by the Booster jetpack in the indy PC game Cave Story, ROB's Forward- and Up-B have been replaced by the Robo-Booster. ROB can quickly boost himself left, right, or up, changing his direction on a whim for surprise attacks or retreats. He can boost 3 times before he must land, and landing replenishes all his boosts instantly. It is important to note that this is the ONLY way to get his boosts back. Grabbing the edge will only give him 1 boost back if he has run out. And despite the versatility of Robo-Booster for recovery, ROB must be very careful not to get hit while returning to the stage, or he may find himself running out of gas before he reaches his destination!

On the ground, ROB's Forward-B cannot boost him smoothly along the ground, so he struggles and flails his arms around wildly, reflecting projectiles in a nod to his Arm Rotor from Brawl. 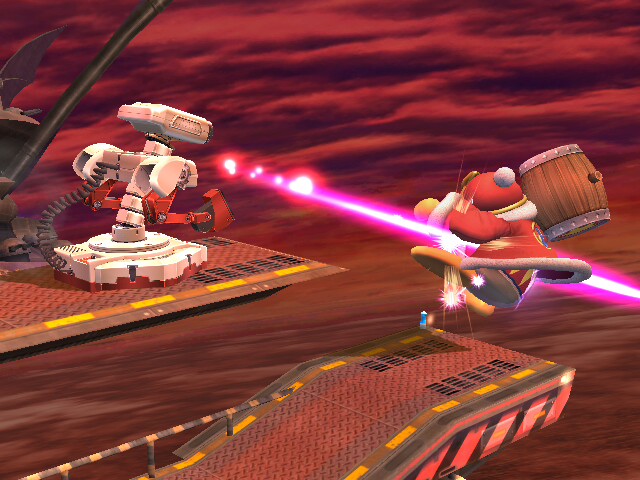 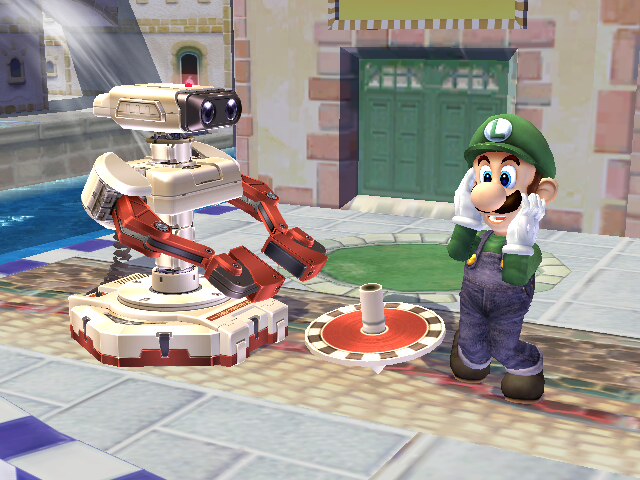 ROB's projectiles are an iconic part of his character, and they work mostly the same as they did in Brawl. Robo Beam is good for light harassment, especially for an opponent who is attempting to recover. The fully charged Super Robo Beam can make a deadly combo finisher, giving ROB's opponent that extra little push off the boundaries, as long as ROB is a good sniper. Due to the faster pace of Project M, the time it takes him to fully charge his Robo Beam has been shortened.

Gyro now shoots out with significantly less velocity. This hinders its ability to be used at long range, but it greatly enhances its uses for stage control, and lets ROB pick it up quicker. Its range and power can still be extended by charging it up. A Gyro in hand can make a great, safe approach tool, especially with the new options opened up by Aerial Glide Tossing. Something to note is that ROB can still perform aerial attacks even when he has a Gyro in hand, by doing them out of a Robo-Booster.