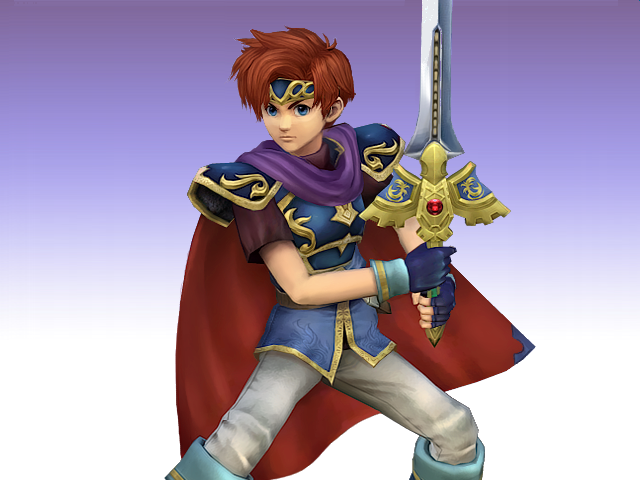 The leader of Pherae’s army rejoins the battle! Striking a balance between Marth’s speed and Ike’s strength, Roy wields the legendary Sword of Seals to great effect!

In Super Smash Bros. Melee, Roy was outclassed by Marth in many ways, but that is no longer the case for Project M! Along with an improved base move set and a deeper Double Edge Dance, Roy’s improved aerials also give him a bigger punch for opponents caught in the air. 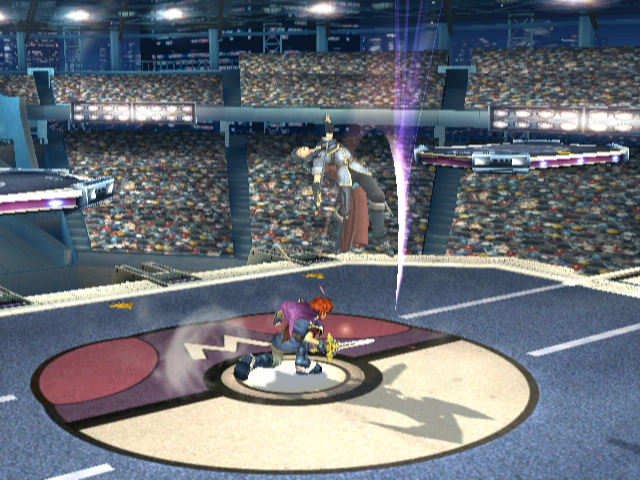 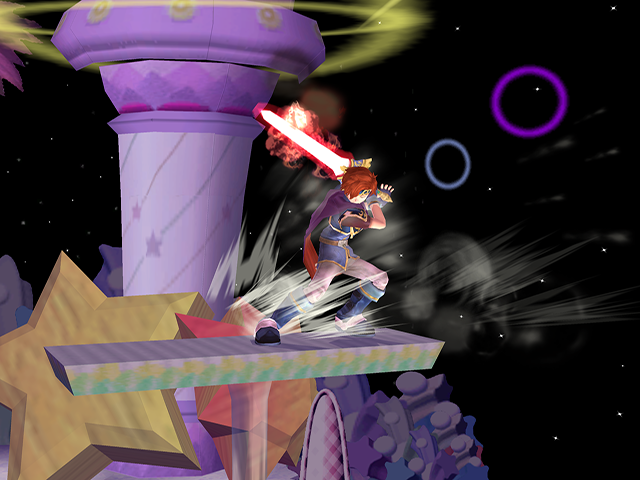 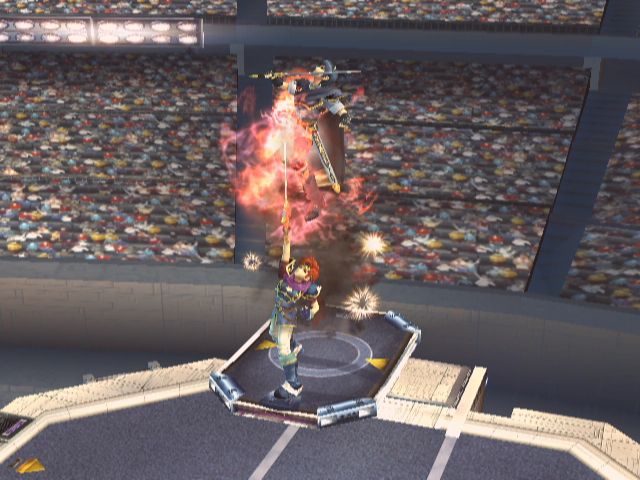 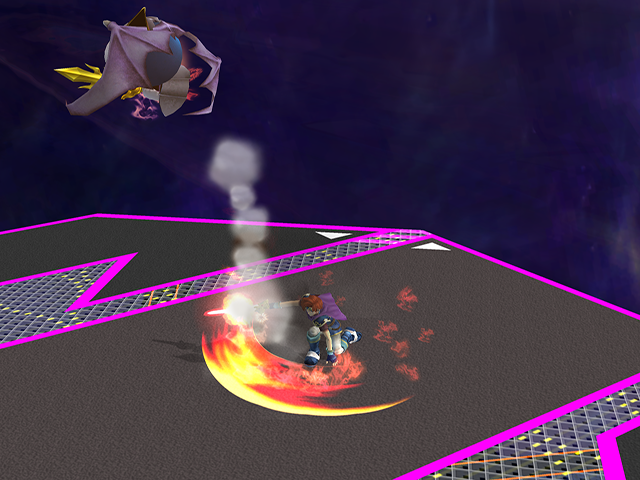 Those familiar with Roy in Melee will be very comfortable with his recreation in Project M. All of his attacks do the most damage at the middle of the blade, resulting in spacing his moves carefully being very important. His DACUS-able Up-Smash is a fiery multi hit move, and his Down-Tilt sets up for great attack combinations. Down-Special is a Counter-attack that hits opponents with a fiery swing with power dependent on the move that you counter. Forward-Aerial and Up-Aerial are great attacks for quick strings, and his Forward-Smash packs a mighty punch!

In addition to that, his grounded moveset comes with some changes. Down-Smash is a fast spinning sword sweep, and his new Forward-Tilt is a long range stab. Marth may be king at punishing from a distance, but Roy is no slouch at controlling space himself! 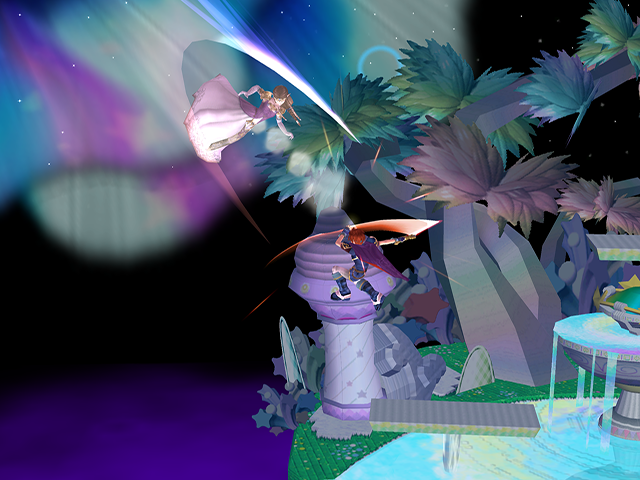 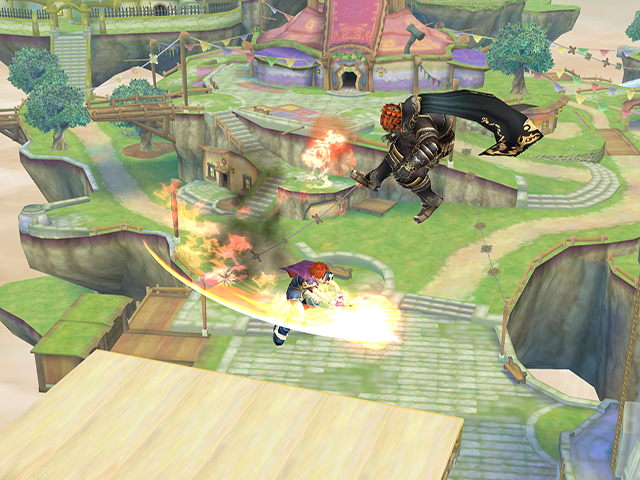 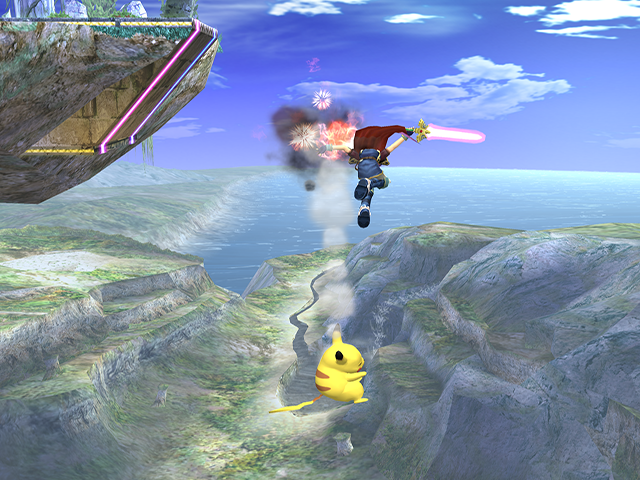 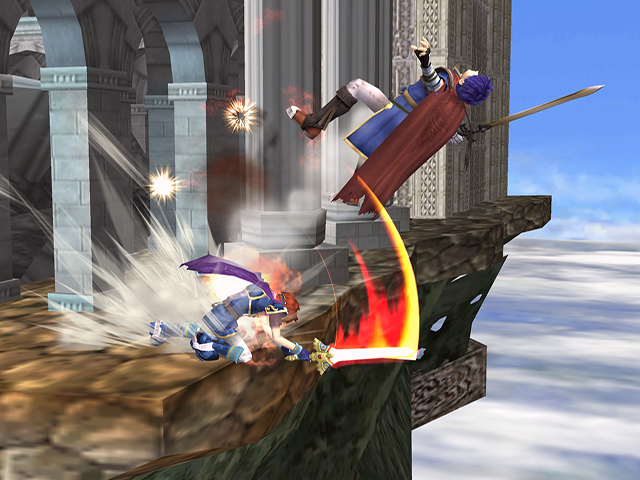 Roy’s aerial game is greatly improved from Melee in many ways. Neutral-Aerial is now a longer range spinning attack that lingers longer and hits harder than its Melee variant. Back-Aerial is a completely new slicing attack, serving as a powerful punisher for close opponents. Roy's Down-Aerial can be used to easily combo grounded foes, and possesses a powerful spike at its sweetspot!

Outside of standard aerials, Roy’s staple Neutral-Special move Flare Blade now packs a more powerful punch. With all these new tools in his arsenal, the air is no longer a safe place to be against Roy! 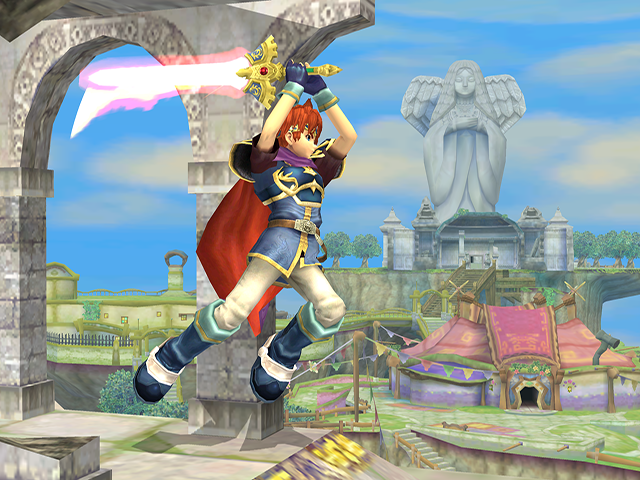 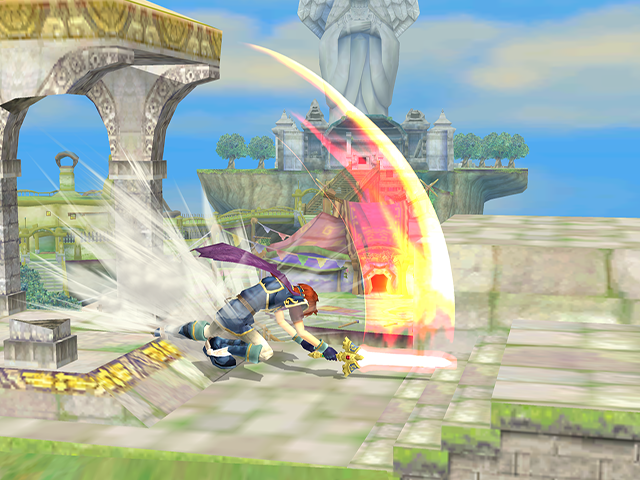 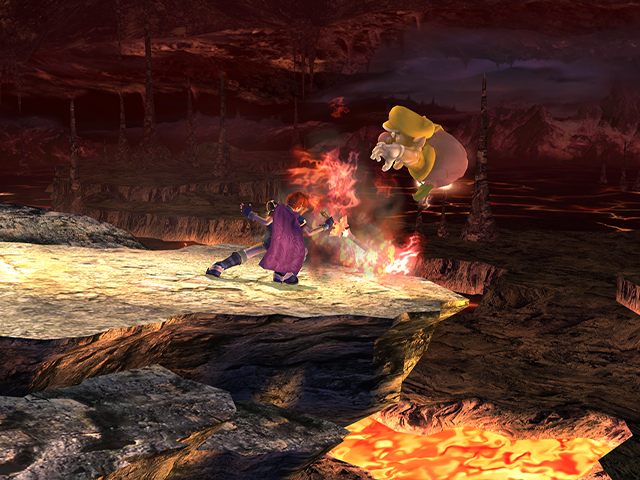 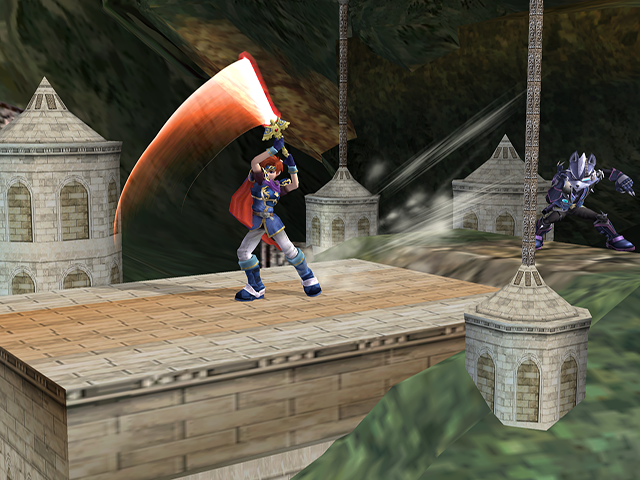 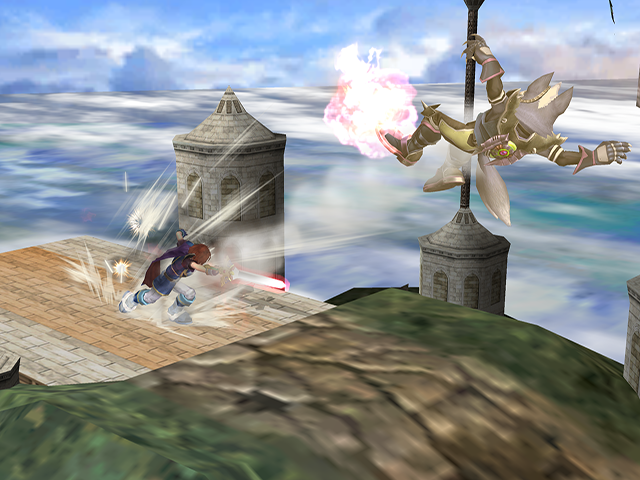 A lot of Roy’s tricks in Melee were based around his Side-Special, Double Edge Dance. Project M retains all of those tricks and more, with new and improved variations!

The first three attack strings of Double Edge Dance are all new and improved versions of the Melee attacks, with each final strike serving new and unique purposes. Fourth swing upwards is a launching underhand strike, which is great for launching fast falling opponents and for beating out any shield options. Fourth swing forwards is a lunging overhead swing with great range; opponents who think they can play around outside of Roy’s range will be in for a unpleasant surprise! Fourth swing downwards is a multi-hit flaming stab, great for putting pressure on an opponent’s shield. Finally, Roy now sports a powerful BACKWARDS fourth swing, a powerful stab that punishes those that try to end up behind Roy during his Double Edge Dance!