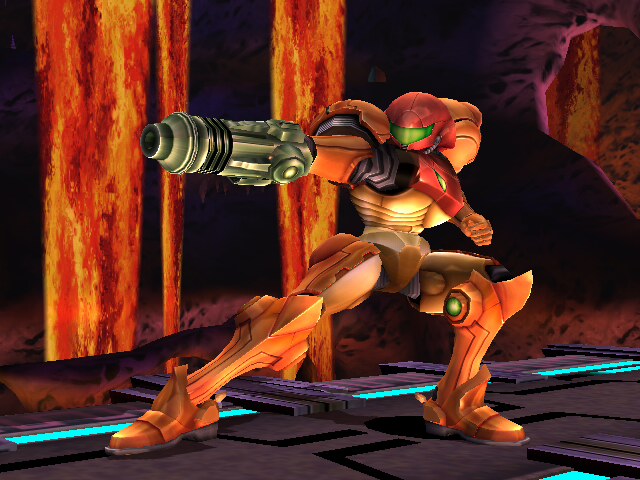 The galaxy’s most feared bounty hunter is back! With an advanced beam swap system, mobile morphball technology, and agility enhancements, Samus Aran is once again ready to face off against Nintendo’s All-stars! 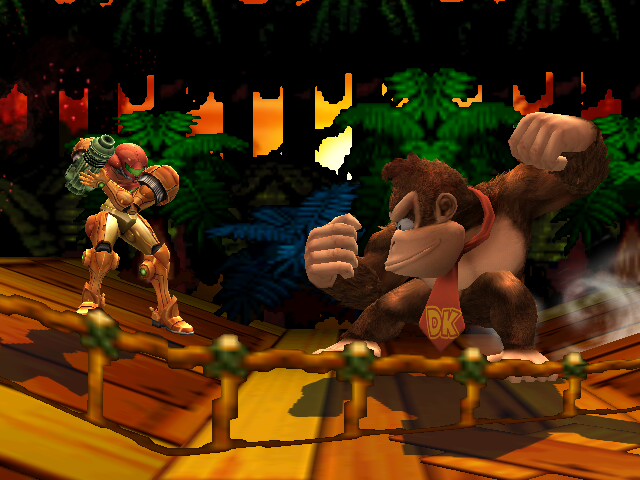 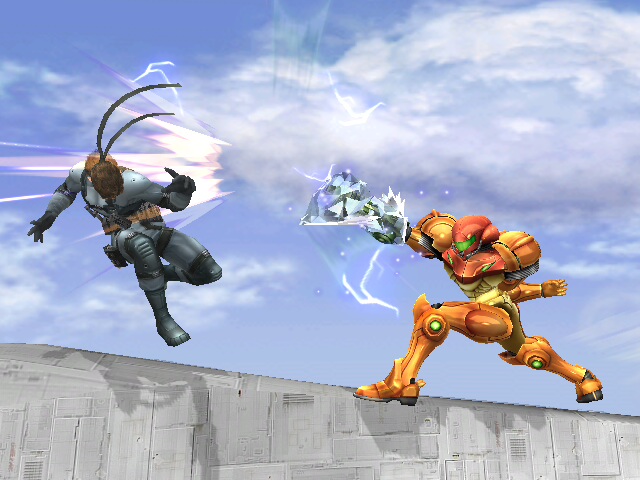 Many of Samus’ classic attacks have been given a fresh coat of paint, drawing inspiration from the heroine's most recent portrayals. Careful attention was spent ensuring she retains all the power and utility of her classic moveset, and in some cases, more. Samus' categorically slow morphball rolls have been updated to a boosted retreat. 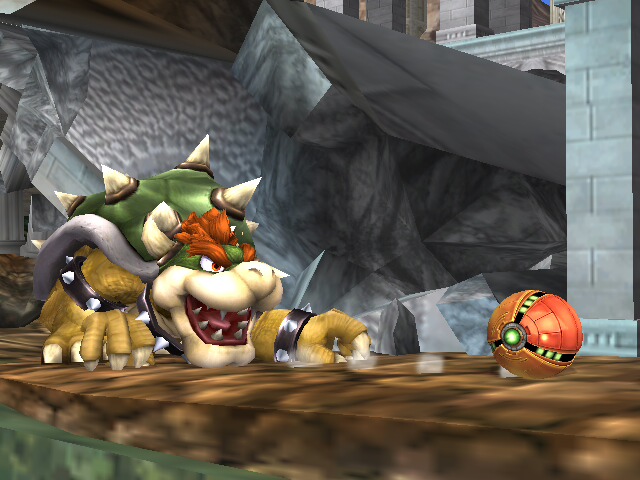 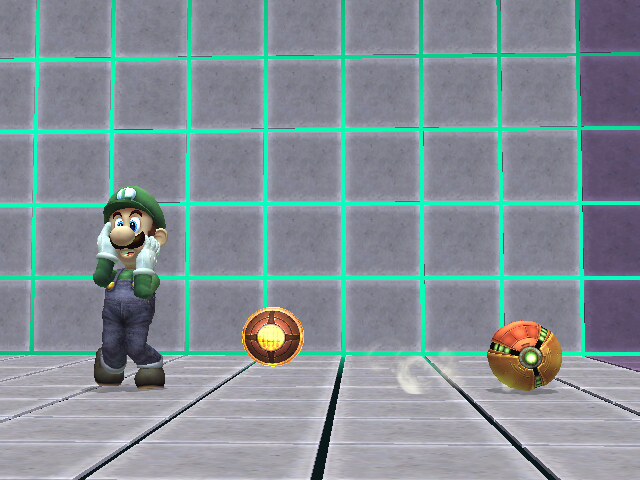 While Samus no longer enters her morphball while retreating from opponents, she can roll around the stage more than ever before: Samus can now initiate morphball mode by crawling! During morphball crawl, Samus gains a crawl attack, the iconic boost ball from Metroid Prime. Morphball crawl affords her a whole new level of mobility from her previous iterations. 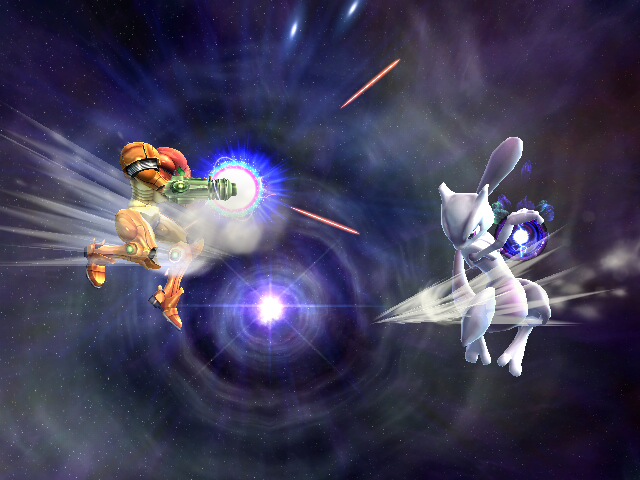 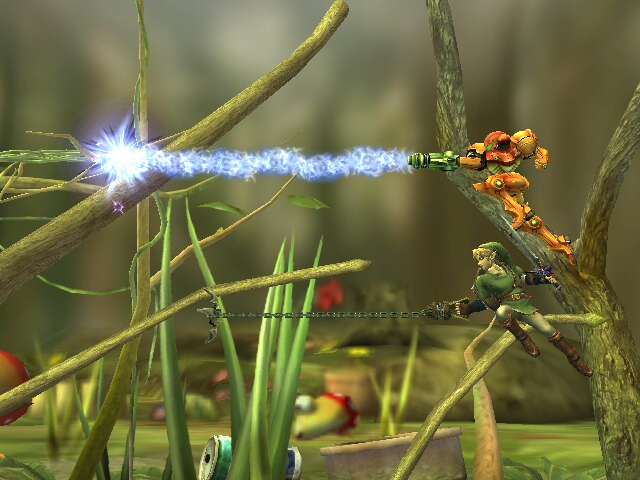 TOOLS OF THE TRADE

Samus' bag of tricks has been fine-tuned to ensure the return of advanced-techniques from previous Smash titles. Samus can now build up her Charge Shot mid-air. The timing of her Missiles' land-cancel allows for maximum efficiency and fire power, on the go. Samus' hidden technique which sends her jetting across the stage at high speeds, dubbed the Super Wave Dash by fans, makes a triumphant return with increased versatility. Additionally, Samus can still use her down special to lay bombs, and bomb-jump over long distances. While away from the ledge, Samus can use her energy tether as a quick, long-range, poking tool. 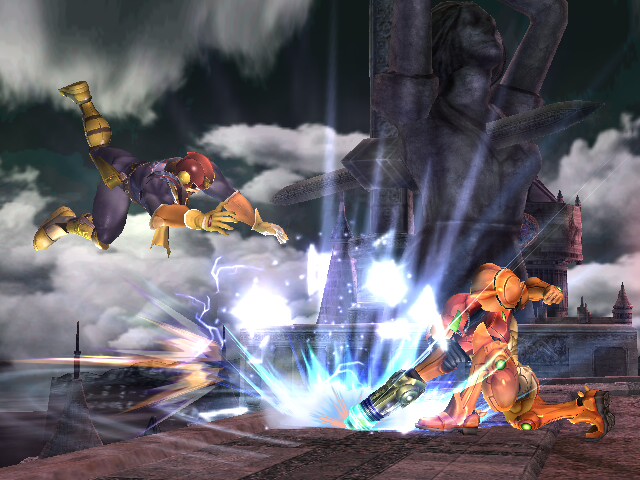 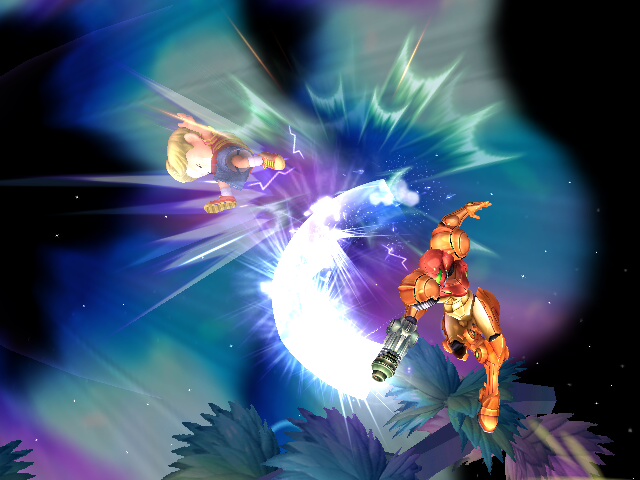 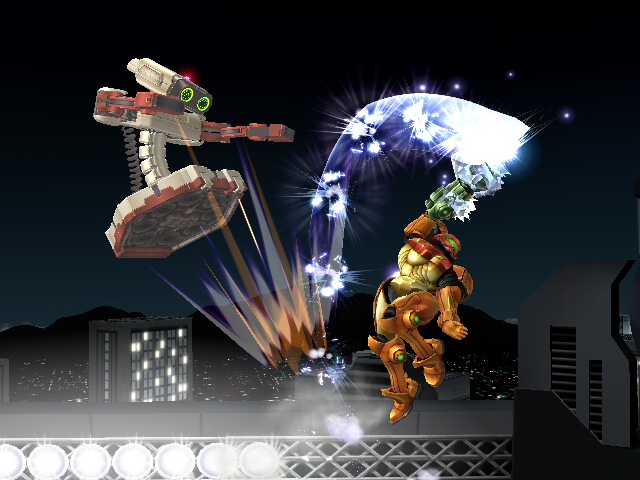 The most radical increase in her offensive capability - Samus has returned to the battlefield prepared. She can now use her side-taunt to swap to Ice Beam! Down tilt, Forward smash, Up smash, Forward Air and even her missiles all have exciting new form and functionality while Ice Beam is equipped. Mix and match Fire and Ice beams to suit playstyle or strategies!