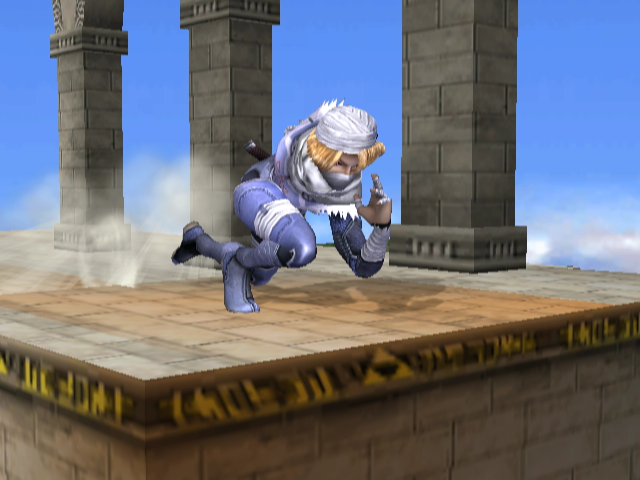 One of Melee's top tier threats, Sheik returns for another round in Project M! Sheik was always a fast, combo-oriented offensive powerhouse, not by virtue of sheer knockback potency – though she has plenty of moves in her repertoire that will kill well when necessary – but because her speed allows her to close distances quickly, making following up hits with Sheik a breeze for a well-seasoned player. Her weaker grounded moves such as her tilts and throws lend naturally to combos as well, and needles can not only make transitioning from aerial play to ground play seamless, but can also cover Sheik when she needs to approach from the ground.

On the other end of the spectrum, she can use her speed to play defensively as well. Her needles can harass approaching players, and she can use the great speed and sizable range on her attacks to interrupt incoming opponents and keep them out. Once she spots a vulnerability, Sheik can dart in and capitalize on mistakes, shifting seamlessly into her combo game and can go straight back to frustrating her opponent.

Couple this with a good offstage game, solid power, average recovery, and medium-light weight, and you have yourself a very well-rounded character that can function well in almost any situation. It's no wonder why Sheik has been a consistent tournament threat since the very beginning. 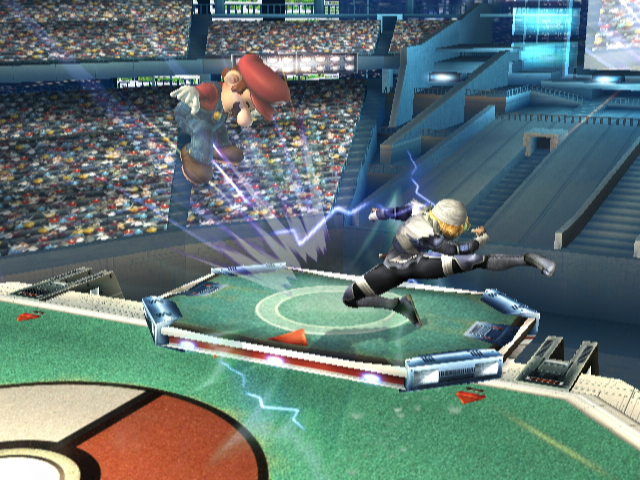 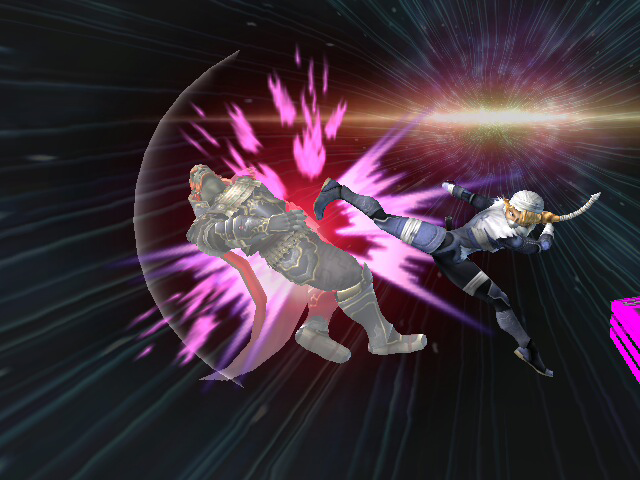 Sheik's aerials are restored to their Melee stats, meaning Up-Air and Forward-Air become good killing moves again. Her Forward-Air in particular lost a lot of steam during the transition to Brawl, so many former players are sure to be happy to learn that the slap is back! Down-Air underwent a massive revamp, not only changing its trajectory back to its Melee trajectory, but also losing its 'stall-then-fall' properties it had in Brawl. This makes it useful for popping opponents up and comboing once again. Back-Air and Neutral-Air remain good aerials, with Neutral-Air being a powerful sex kick and Back-Air being great for spacing and edgeguarding. 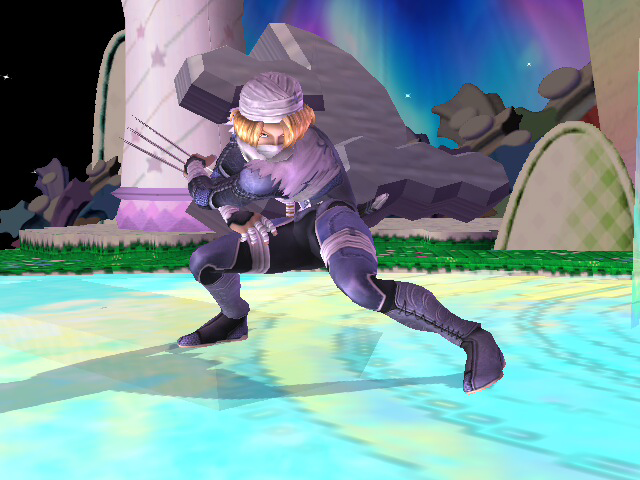 Sheik's specials didn't undergo quite as drastic of changes than some of her other moves, but there are changes worth noting. Her needles now function like her Melee needles: she only needs to tap the B button once to fire off a needle rather than double-tap it and her endlag is canceled when she lands from throwing needles in the air. Her chain however can no longer grapple to walls, so keep that in mind when planning your return to the stage. Her biggest special change is that Transform is no longer hands-down her worst option! Zelda has in her own right become a usable and competent character. (Read more about her in the Zelda section, and keep her in mind when you find yourself in a tough spot.) 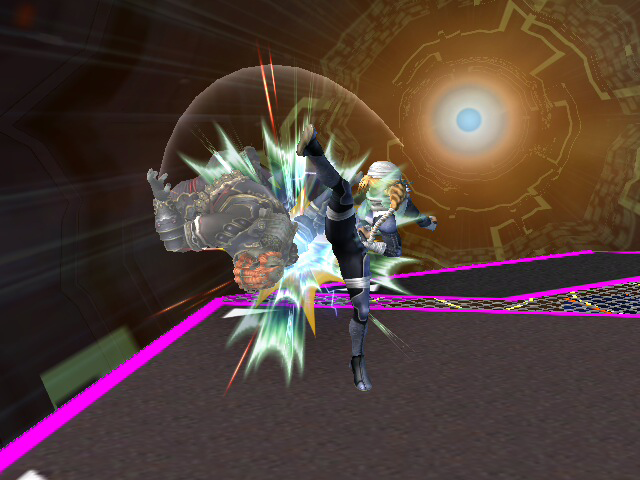 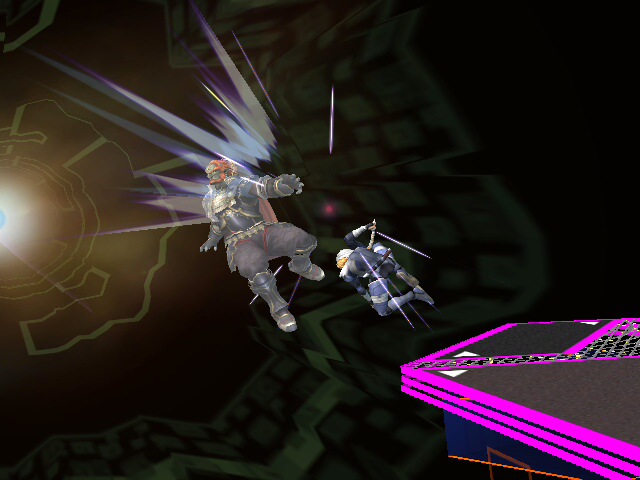 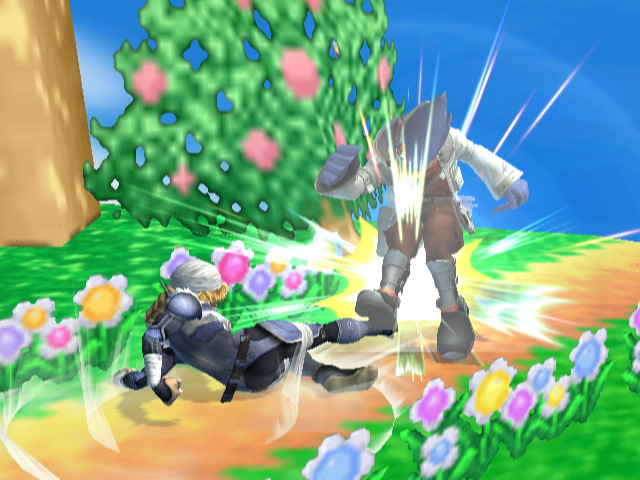 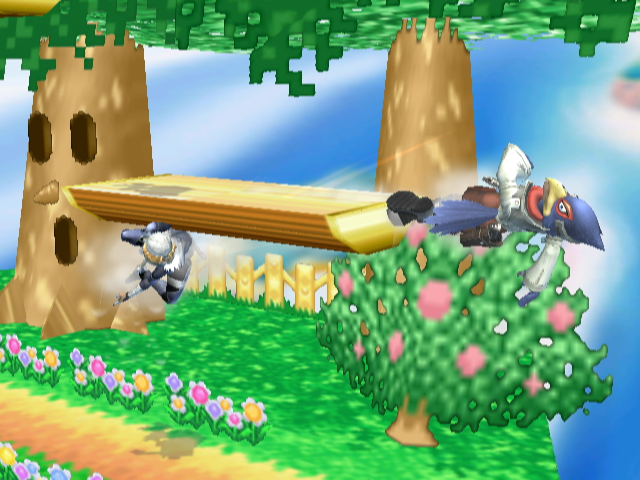 Sheik's combo game is very versatile, having many different follow-ups for a variety of different percents. Sheik's Forward-Tilt and Down-Tilt are great launchers and her first Jab strike is very useful for poking holes in opponents' defenses and setting up tic throws. Sheik's Down-Throw, while closer to PAL to prevent guaranteed chain throws and aerials in PM, executes itself significantly faster to not be as easy to DI correctly on sight. Her Back-Throw also sends at a higher angle and executes faster as well, allowing a DI mixup between itself and Down-Throw, which also opens up a few new combo options out of a grab. Her forward smash has also been slightly improved as a combo option, and will allow a follow up if the targets DIs towards you. The changes to Back-Throw and Forward Smash help give Sheik more well-rounded setups without singlehandedly defeating characters with Down-Throw alone. Even with all of her combo starting options, the lynchpin to her combo game revolves around her mobility: her running speed is among the fastest in the game, she falls relatively fast, and she can use advanced movement options such as L-Canceling and Wavedashing to great effect.

Once in the air, Up-Air is great for juggling with the sourspot hit. Sheik can waveland onto platforms if they are available and use Forward-Tilt or Up-Tilt to keep combos going. Once Sheik is ready to end the combo, either the Up-Air sweetspot can kill lighter opponents at decent percents, or she can elect to go for the dreaded Forward-Air for a strong combo ender!

Remember that even if you can't follow up with consecutive hits, Sheik's speed makes her great for tech chasing and keeping on the pressure.