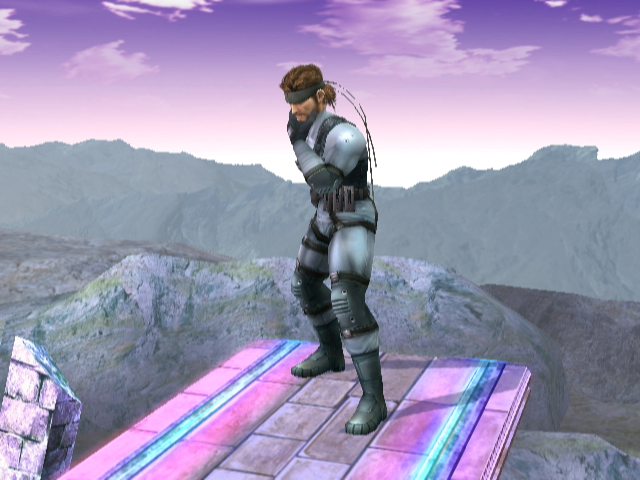 For Solid Snake, war never changes, but in Project M, Snake is very different. Hailing from Metal Gear Solid, Snake has retooled his arsenal to fit within the Melee atmosphere. In Project M, Snake has taken a highly tactical route. Many of his attacks have been revamped in a way that focuses Snakes gameplay on utilizing his ordnance and close quarters combat. Additionally, Snake now joins the weight class of his fellow humans. Players will have to be thoughtful about all their decisions and attacks as Snake can no longer brute force his way into a battle. 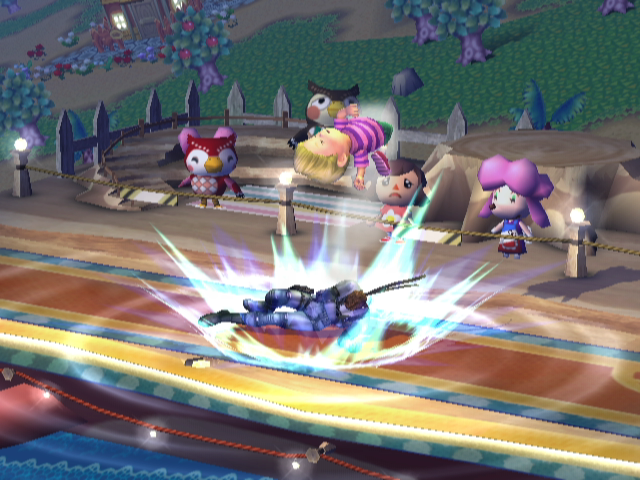 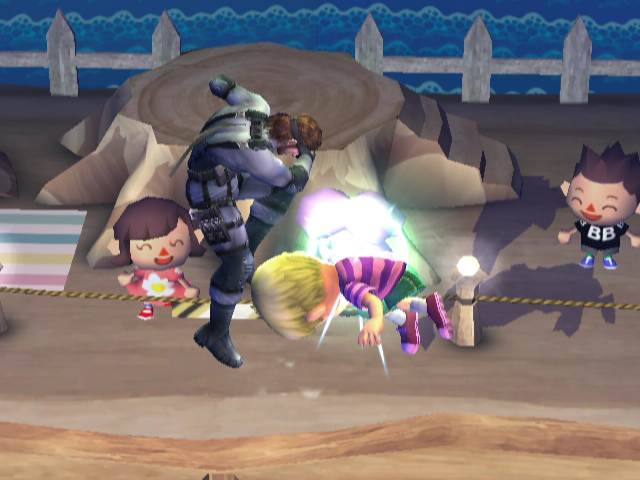 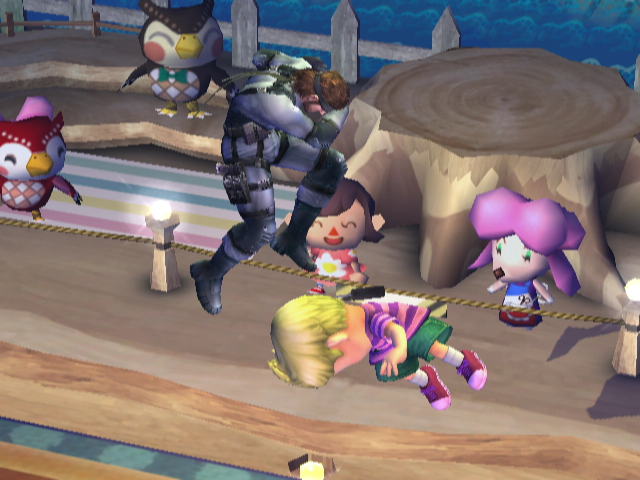 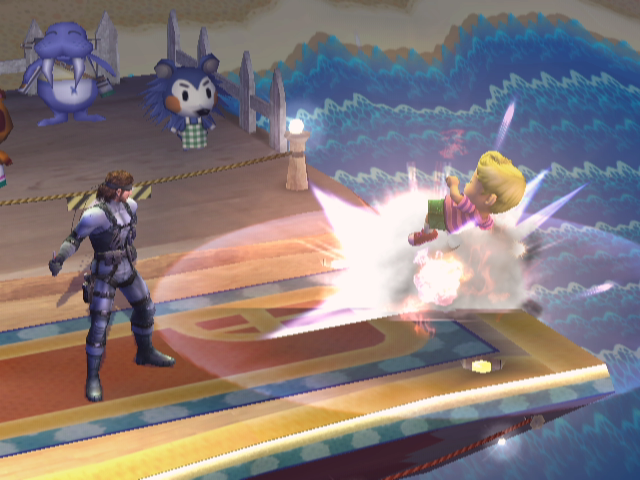 Snake's main focus in gameplay is sticking opponents with C4s, which no longer transfer between players and have been upgraded to be one his most potent finishers. Many of Snakes normals, strings and grabs have been adjusted to make this task more practical. For example, a player can now sticky foes that are laying on the ground for use in conjunction with tech chases, forced getups and the like. Another important aspect of Snake's gameplay is his reliance on mines- mines now KO opponents much sooner, are planted much more quickly, have a larger radius for being tripped but will explode automatically after Snake clears the blast lines. Additionally, forward and back throw now have fixed knockback - perfect for tossing opponents into mines and well placed C4s. In addition to this, grenades now explode quicker, but only one can be out at a time. 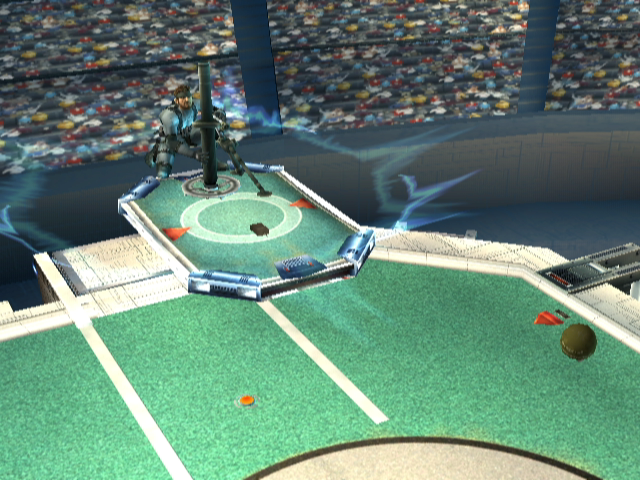 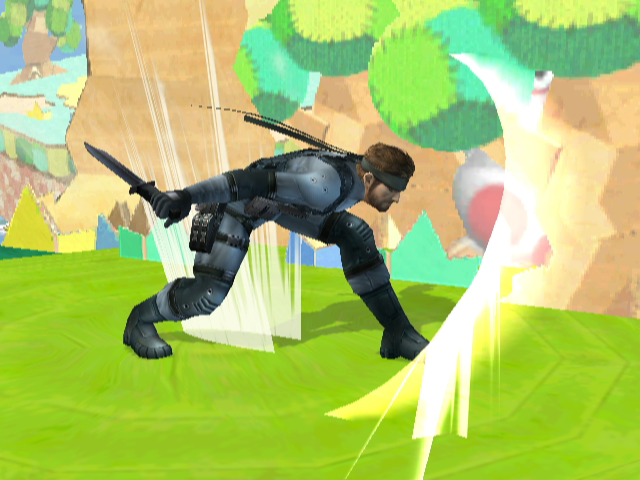 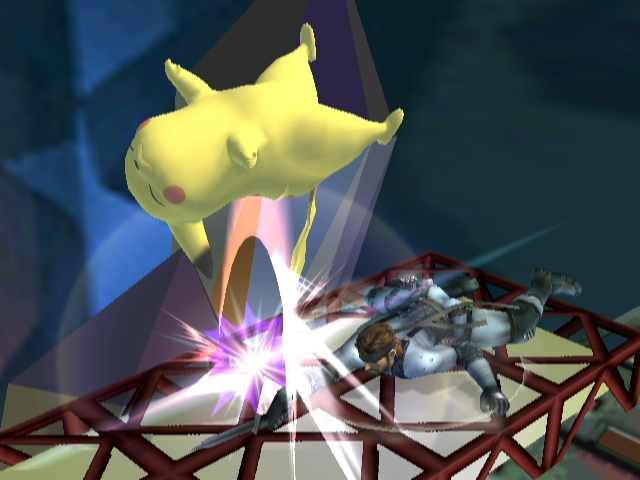 Mines, C4s, grenades and his mortar Up-Smash all contribute to Snake being one of the most potent ground control characters in the game. Leaving Snake alone for just a few seconds could lead to an entire booby trapped stage. But once a player does get through his maze of explosives, Snake players will have to work desperately against a gaping weakness against head on assaults and edgeguarding.

To assist Snake in keeping opponents away, a new Up-Tilt has been given to Snake - an uppercut, a powerful anti-air good for low percent combos, C4 setups and keep aways. Those familiar with Street Fighter can compare this attack with a crouching fierce uppercut. His ineffectual forward smash was altered into an exaggerated version of Metal Gear Solid 3's knife combo, animated using a live human model. It is an advancing two step attack similar to Link's in functionality and is great at keeping foes at bay. Another feature that grants him great stage control is the ability to drag grabbed foes around using the Directional-Pad, permitting Snake to throw them at mines that may otherwise be out of reach. Finally, a new ability added to Snake is a Crawl-Tilt. When crawling, Snake will stab opponents with his knife rather than his standard leg sweep Down-Tilt. Snake is a character that is full of surprises, as a stealth specialist should be.