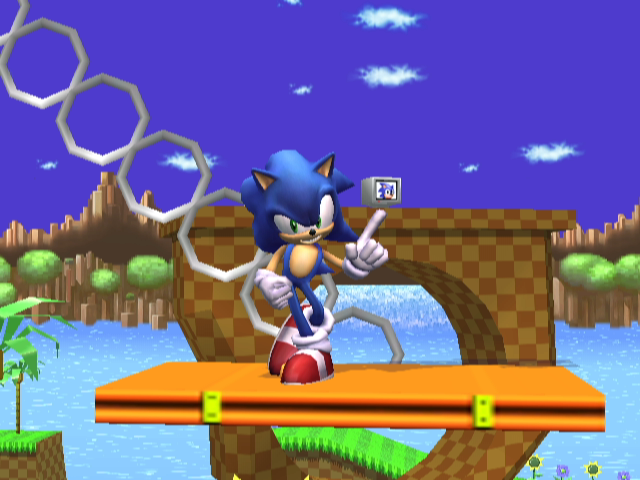 The fastest thing alive makes his PM debut. If you thought Falcon was fast, wait until you see what this Blue Hedgehog can do!


Sonic was practically designed with Melee in mind, making him one of the smoothest characters to transition into Project M. After his first Project M venture, Sonic's core playstyle remains mostly unchanged, but some key move changes have afforded the Blue Blur a bit more flash and bang!


Sonic retains his ability to play an effective "bait and punish game," but you'll find that he's much more capable of putting on the pressure himself now. Key changes in the engine allow Sonic to attack more safely, and his speed lets him capitalize on inevitable escape attempts. But it's not only the general game changes that help out our blue hero; his bag of tricks got even bigger with some awesome changes. 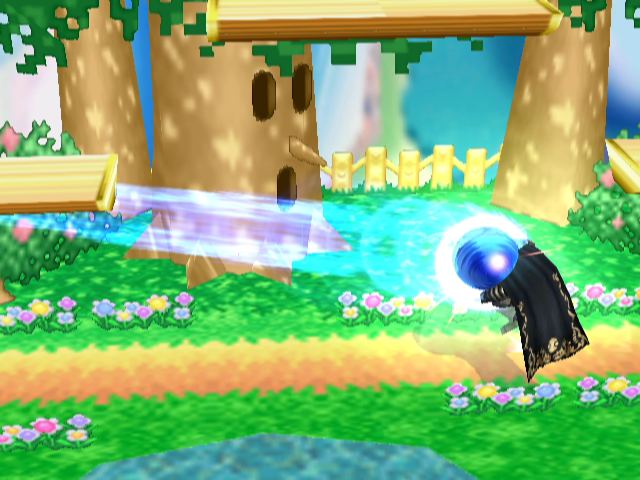 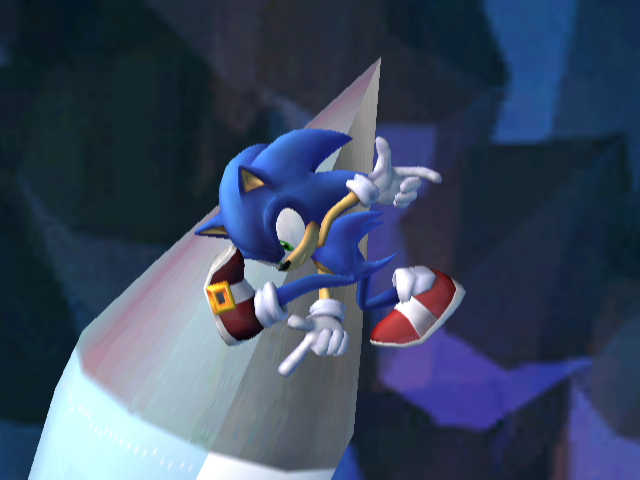 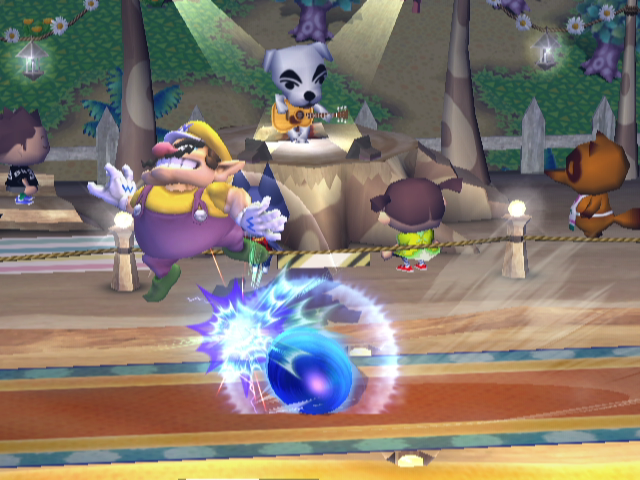 Homing Attack now goes straight at the opponent; no more awkwardly curving around the opponent! What's more, if you press attack during the start-up, Sonic will launch almost straight forward instead - a faster way to bounce on someone right in front of him. Of course, Sonic himself is a bit of a show-off...you may notice that he's now fond of striking a pose upon contact with an opponent.


His Down-Special is now his sole Charging Spin Dash, and it's gained most of the nuances his old Side-Special had while retaining all of its own properties. Hit opponents while charging to set up unique shield pressure, or launch across the stage into a lightning fast combo! As for Side-Special, it's a fast-starting spin attack with a variable height jump attached. When Sonic lands during it he'll tumble along the ground dragging victims with him. Aiding in recovery, approach and overall combo ability, it seamlessly complements Sonic's existing playstyle. 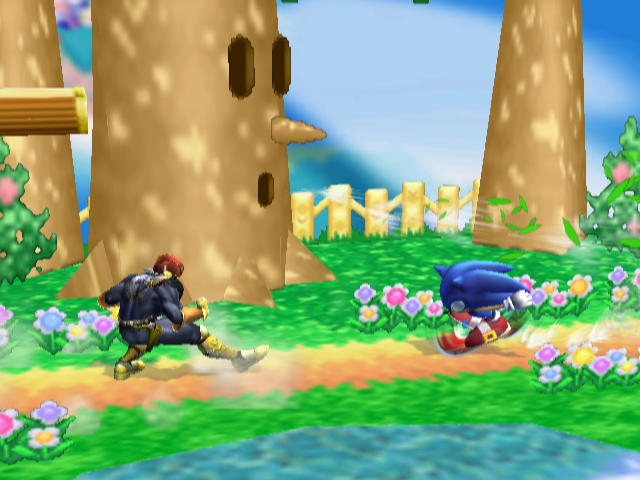 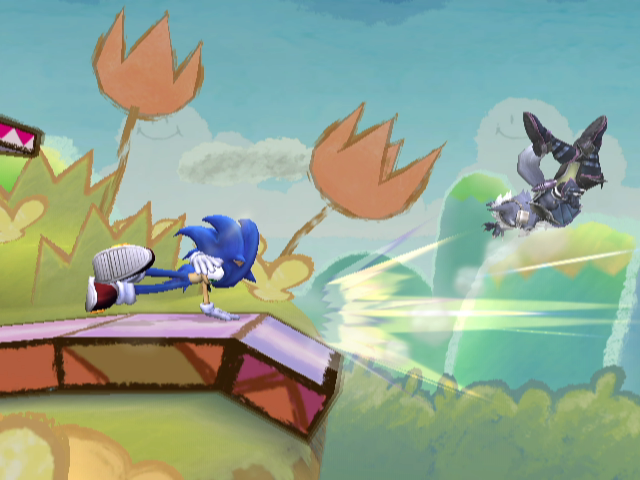 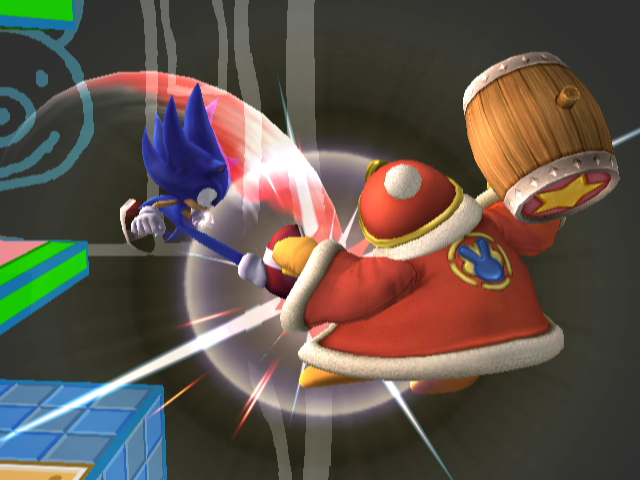 Sonic's combo game is better than ever. His grab is great for setting up vertical combos or low angle gimps, and with his speed getting grabs is a cinch. His new Forward-Aerial, a front flip-kick reminiscent of the Sonic Eagle from Sonic Battle serves as both a combo extender and meteor finish. His Up-Aerial links better and spacing for the tips of his shoes can yield early kills. His Down-Aerial Dive Kick is now extremely fast and allows Sonic fantastic follow-ups on grounded opponents. Even his Neutral-Aerial has been spiced up a bit - with a cleaner look inspired by Sonic 3 and stronger hitbox!


With Sonic's movement speed and his new ground attacks, Sonic is a force to be reckoned with on the stage, as well. Up-Smash ends much faster, allowing Sonic to combo out of the move. Down-Smash on the other hand has been re-imagined as a multi-kicking breakdance move - with fast start up and more power than it had before. His Forward-Smash finally has the power it deserves, giving opponents cause for concern if they see him wind up. Nor have his tilts been neglected - Down-Tilt is good for initiating combos, Forward-Tilt is a poke with solid range, and Up-Tilt's lightning fast flip-kick is great for pressure and anti-air. 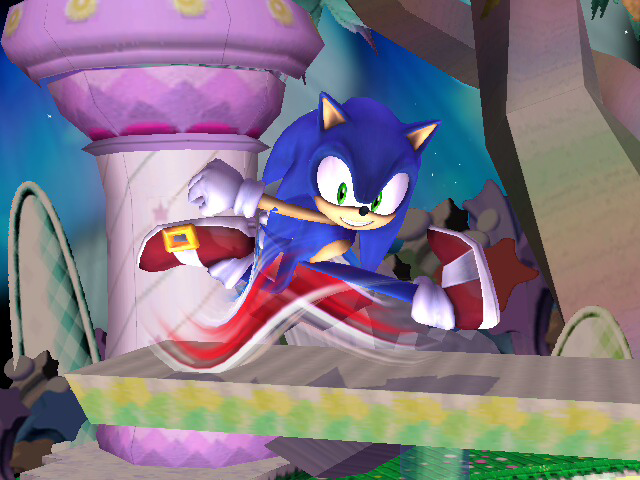 Sonic's got a plethora of tricks in addition to blazing fast speed. You can Wavedash out of spindashes, you can spinshot long distances, Moonwalk around the opponent, and take advantage of Sonic's fantastic Jump-Canceled grabs. Make sure you know everything there is to know about just moving around the stage, as it is an essential part of Sonic's game!