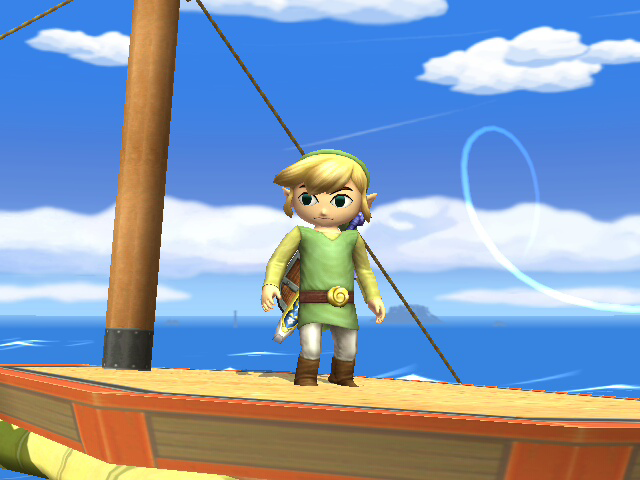 Toon Link entered Brawl as a spiritual successor to Young Link from Melee, but with some small tweaks in his moveset to further differentiate himself from his slower counterpart. Despite those small tweaks, Toon Link in Brawl managed to still feel too similar to his adult self while still losing the unique aspects that Young Link posessed. Project M's Toon Link is a hybrid of not only Brawl's Toon Link and Melee's Young Link, but Link's incarnation in Smash 64 as well! Carefully using ideas from all three characters results in a character that is unique yet will still feel familiar to fans of either character in Melee or Brawl. 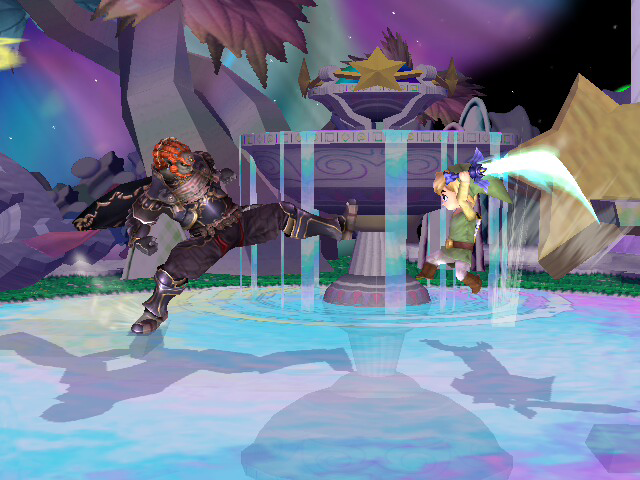 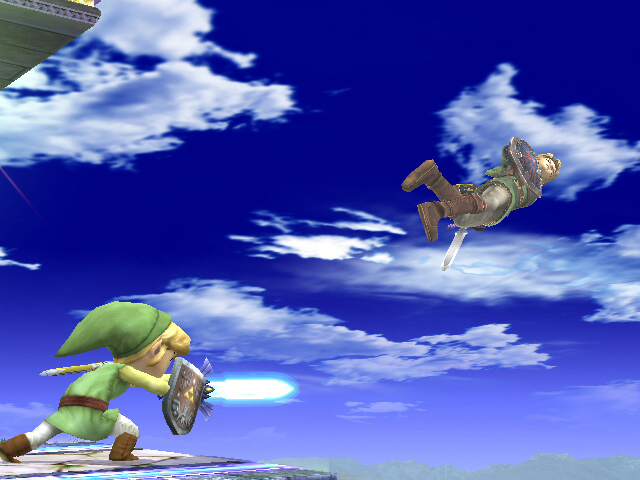 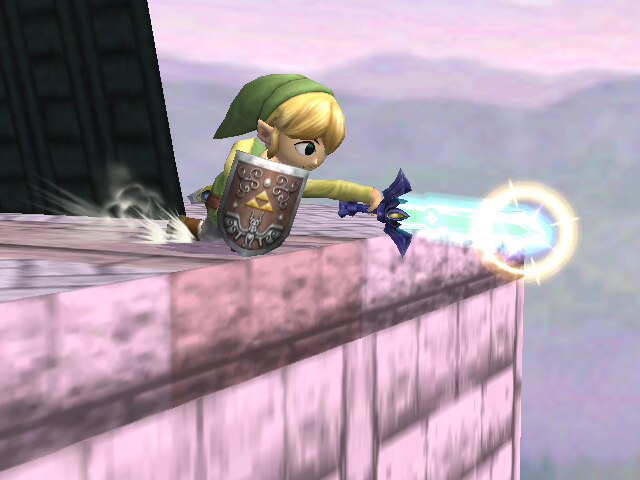 First of all, Toon Link has had a majority of his ground attacks altered in various ways. Some have been small tweaks to move properties to restore the utility that was lost in Brawl's conversion from Young Link to Toon Link, while some are new moves inspired by Link's abilities in the Zelda games. His forward tilt has been slightly sped up in order to keep Toon Link speedier than his adult counterpart, and his Down-Tilt is now a crouching stab reminiscent of his shield-stab from Ocarina of Time and Majora's Mask! And though his tilt attacks remain mostly the same as before, Toon Link's Smash attacks have seen many notable changes.

His Forward-Smash is both a reference to Smash 64 as well as the 3D Zelda games - A forward jumping slash! He leaps forward just like he does in the Zelda games, and the move covers both above and in front of him like Link's Forward-Smash did in Smash64. Toon Link's Up-Smash is now a two-slice move, with a strong initial hit that can kill the opponent that is quickly followed by a second cut that is better for comboing that also provides him additional coverage and damages shields. Think of this move as the best of both worlds when comparing Brawl's Toon Link to Melee's Young Link.

Toon Link's Down-Smash now hits once in the same fashion that Young Link's did in Melee and has that dangerous angle from Melee that opponents fear. Toon Link's new Dash-Attack is inspired by both Smash 64 and Young Link alike! Toon Link quickly darts forward, stabbing the Master Sword in front of him. The initial hit is just like Young Link's forward-hitting attack from Melee, except the attack now lingers and can threaten unsuspecting opponents. 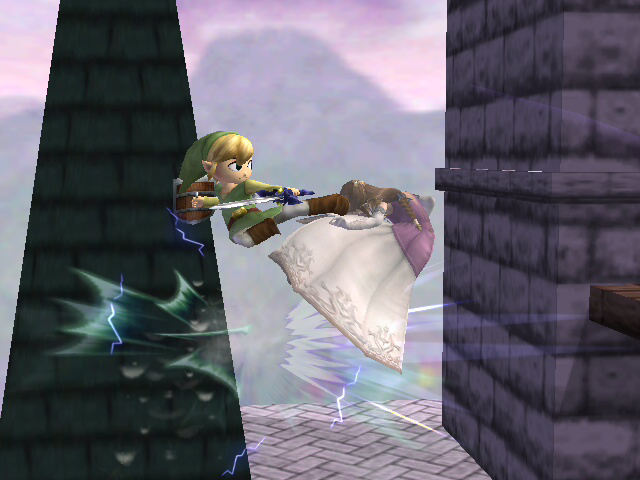 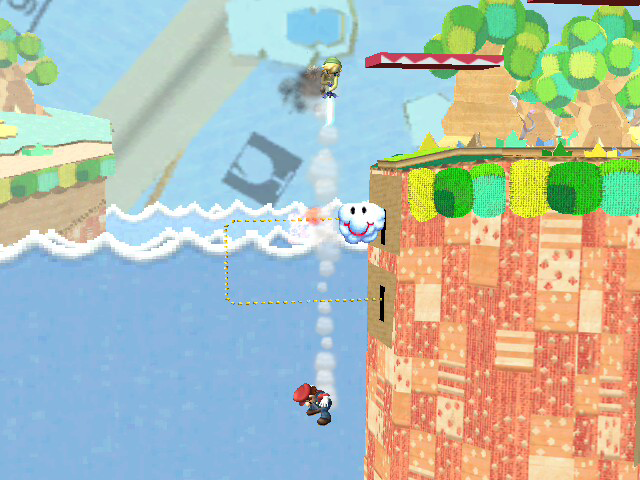 Toon Link's aerial attacks have not been drastically reimagined in the same fashion as some of his ground attacks, but are instead a best of both worlds mix of Toon and Young Link. Toon Link keeps his new Back and Forward Aerial sword attacks from Brawl, and also keeps his Brawl-style Neutral Aerial, though with some fine-tuned speed and power. His Down Aerial no longer causes him to quickly rush to the ground, but he again has the fire-spike that Young Link could utilize in Melee. His animations from Brawl also increase his range and priority on his Up and Down aerials, so watch out! 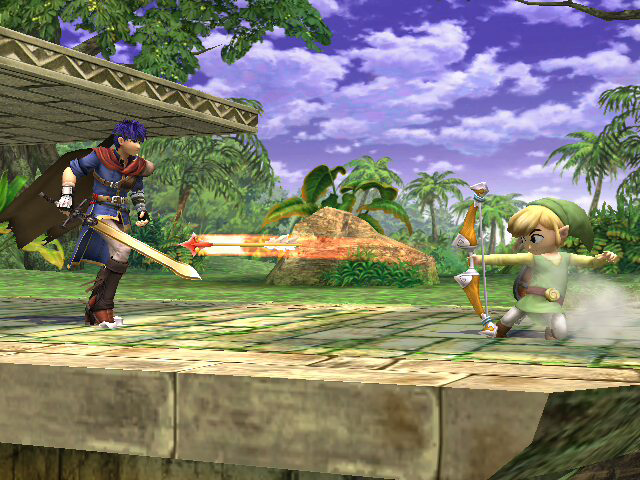 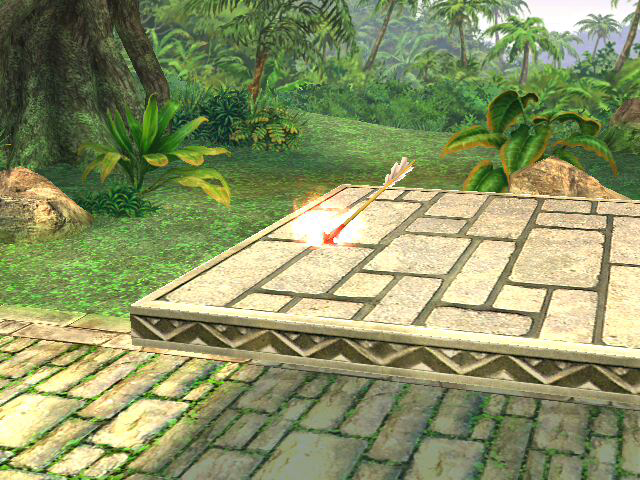 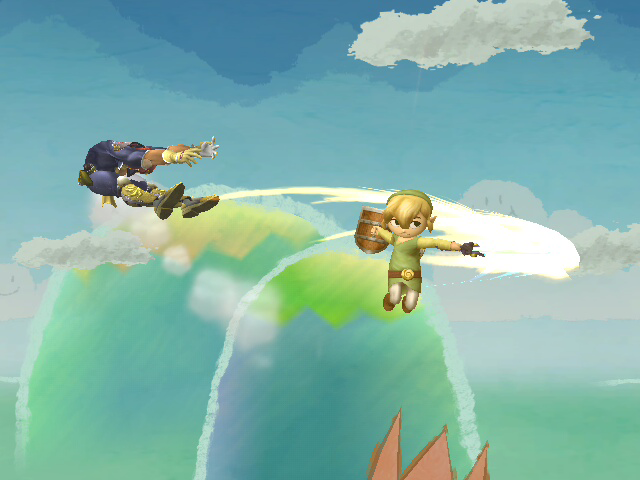 Projectiles have always been an important part of any version of Link, regardless of incarnation or game. Project M's Toon Link is no different - His bow again shoots fire arrows at a low trajectory, but can be quickly charged to shoot further than Young Link ever could. The arrow also leaves a small hitbox on the ground that will hurt any opponent who touches it - Ouch!

His boomerang can still be strongly angled and can provide a defensive wall against his opponent, and his bombs once again cause multiple quick explosions, good for locking the opponent in hitstun when they've connected with the opponent.

While his projectiles have mostly remained the same, his Up-Special is different both in the air and on the ground. While on the ground it can be charged, and based on the level of charge, Toon Link can slide across the ground! Chase after opponents with this flurry of slashes and catch them off-guard! Toon Link's Up-B in the air is another obvious change - You'll notice that it doesn't quite go as high as it used to... This can make recovery a bit difficult, (Although he can use the same Bomb-Jump technique as Link!) but it also gives Toon Link a powerful way to finish off opponents! See which moves you can use to connect into an Up-Special finisher! It's very rewarding to land if you can pull it off just right.