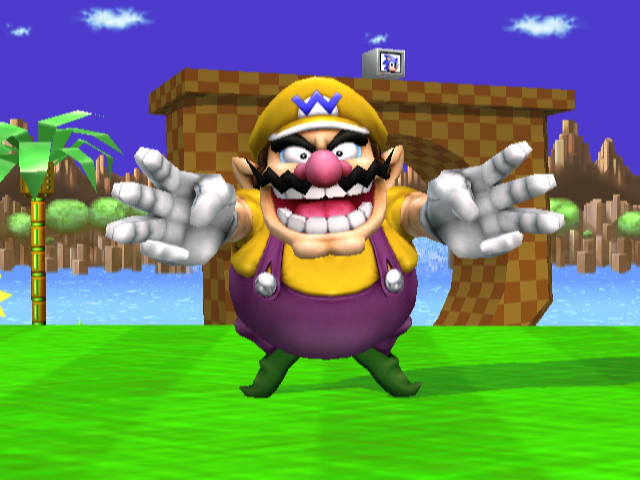 While this self-proclaimed rival of Mario began his video game career as a villain, he's grown into an unexpectedly popular protagonist thanks to his two successful game series: Wario Land and Wario Ware Inc. As a result, when he was confirmed for Brawl, many believed his inclusion to be long overdue. In Project M, the greedy, egotistical, yet strangely endearing plumber returns with more than a few new tricks up his sleeve.

In Brawl, Wario's move set was almost entirely inspired by the more recent Wario Ware Inc. series. Many fans were confused as to why his older and arguably more iconic Wario Land incarnation got no love. Project M has answered this plea, and has opted to largely reimagine Wario’s move set, incorporating many abilities inspired by the classic series. While Wario retains some of his old standbys from Brawl, new Wario Land inspired moves add a much-needed dose of brutish power to his arsenal! 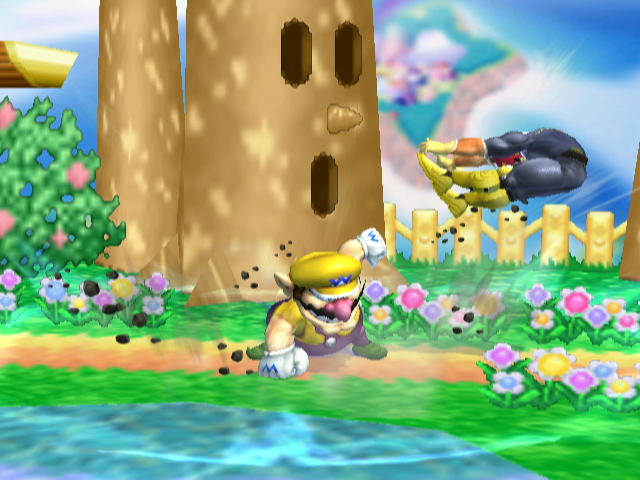 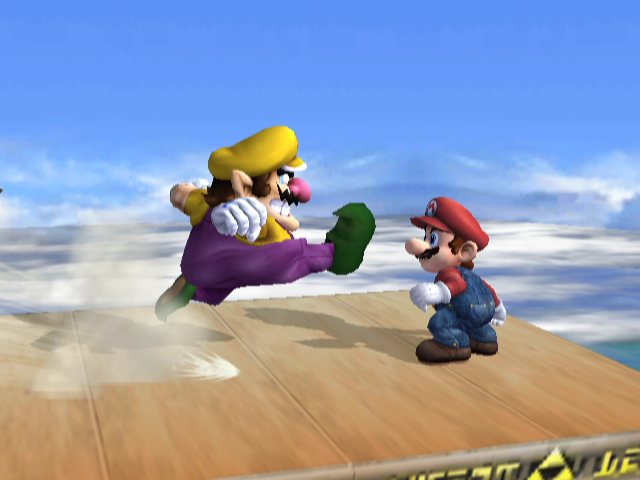 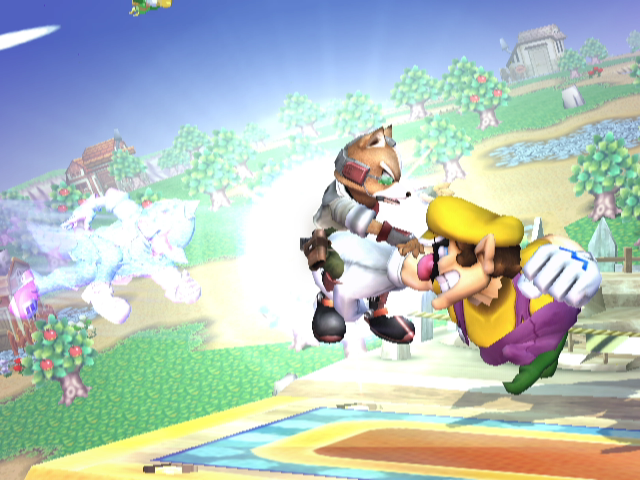 You may be curious as to how we implemented Wario's abilities from the Wario Land games into his character in Project M. Here's how his normal moves have changed:

We sought inspiration from the latest installment of the Wario Land series in designing a new Down Smash. It's now his signature move from "Wario Land: Shake It!" which, in that game, caused a big quake that flipped over enemies. It's been retooled as a fast ground slam that lightly bounces foes into the air. When Wario hits with this move it is possible to follow up with his infamous Shoulder Bash.

Wario's new Back Air is a very important addition to his move set. This backwards-punch really packs a whallop! Wario's Forward Smash has also been revamped - it is now a powerful front kick which has Wario flailing his arms about in order to regain balance. It's a great fit for his peculiar personality.

Wario's Down-Air is now 'Ground Pound,' which causes him to plummet and is rather punishable upon failure. Although it is a move you'll regret missing with, the move has many uses. Upon contact with airborne targets, this new Down Air meteor will send them plummeting downward! Upon contact with a foe, Wario will bounce off of his target, rewarding him with a safe recovery. Ground Pound is essential to Wario's newfound combo potential and gives him some very key shield pressure options as well! 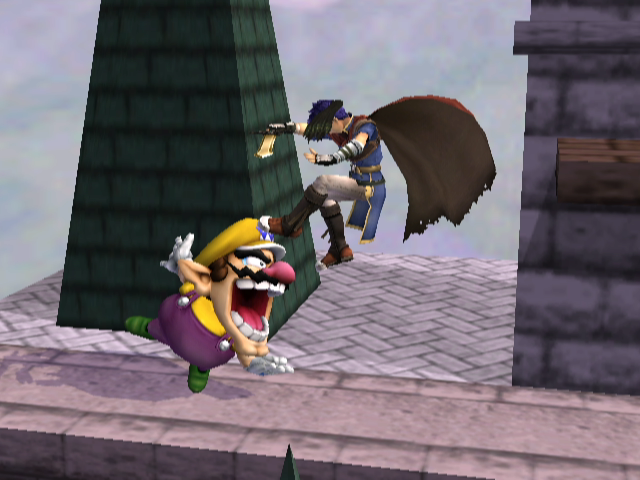 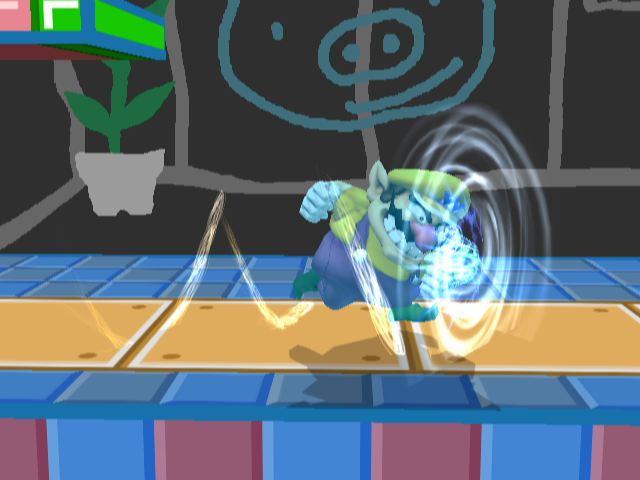 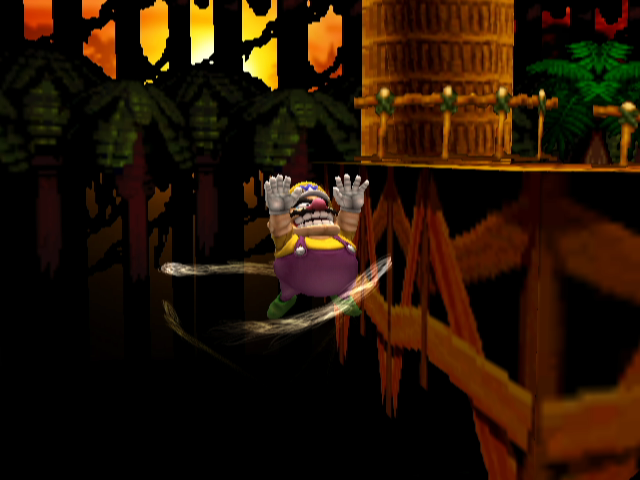 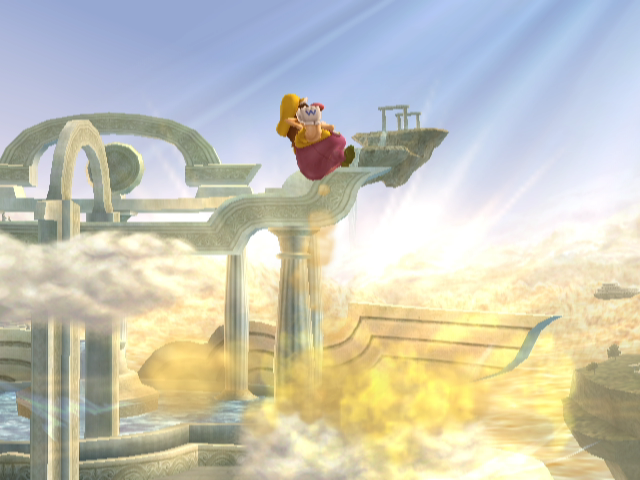 Wario's specials have received some significant changes. Most striking is a brand new Forward B, replacing the Wario Bike from Brawl; a Wario Land style Shoulder Bash!

Wario's new Side-Special plays a large role in his Project M playstyle. When it's activated, Wario will dash forward, tackling any foe unfortunate enough to stand in his way. The later a foe is hit during this mad dash, the more powerful the impact will be. While it's a very potent move, if it misses, Wario will be left vulnerable for a brief moment. Wario can also easily be punished after hitting a shield with this attack; thus it must be used wisely to be effective.

In keeping with its Wario Land utility, Wario can jump while performing a grounded Shoulder Bash and continue his tackle in order to chase airborne opponents. He can also use the move to recover horizontally when off the stage. Keep in mind, however, that when Wario crashes into a wall, he bounces off of it! The more he continues to hit the wall the less height he'll gain. If the move is started in the air, it will render him helpless once the animation is over.

Up B works in roughly the same manner as it did in Brawl; Wario spins upwards, damaging foes in his path. This time around Wario has slightly more aerial control during and after the move. This helps him recover more easily, but he's still easy to intercept if he is recovering from below the stage.

Wario's Down B is still the Wario Waft from Brawl. In Brawl, Wario Waft was an extremely destructive explosion of flatulence that, after use, would recharge over time. The move still works in a similar manner, but it's been tweaked to fit better with Project M’s mechanics. It now recharges more quickly, but, while being a potent finisher in its own right, isn't quite as devastating as it was in Brawl.

Wario's Neutral Special is still the Bite from Brawl. Although Wario can no longer hold opponents within his jaws as long as he could in Brawl, he can now use the chomp to throw opponents backwards as well to trick his opponent with an over-the-shoulder throw! 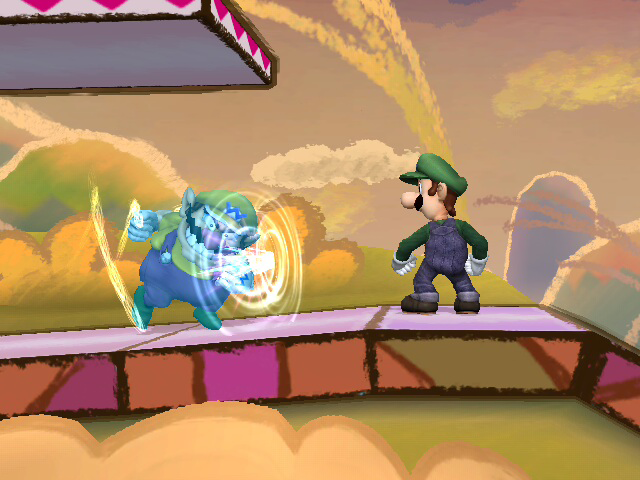 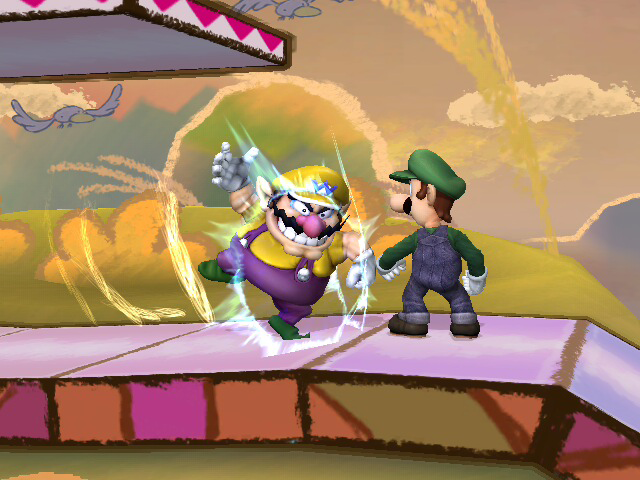 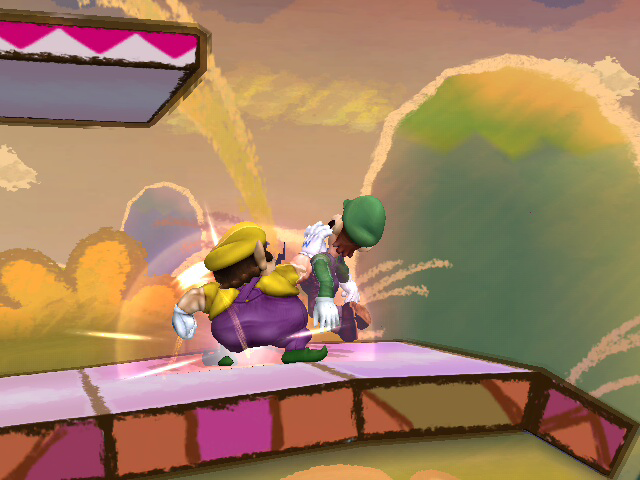 Wario likes to play tricks on his opponents and thus possesses several new tools to feint his foes. With the ability to jump during Shoulder Bash, it allows Wario to extend the duration at a cost of some power, chase retreating foes and punish preemptive jumps out of shield. In extension, the jump coupled with Wario's high aerial mobility enables him to go far off stage to intercept recovering characters before they even get close.